How I became Vice President, by Osinbajo 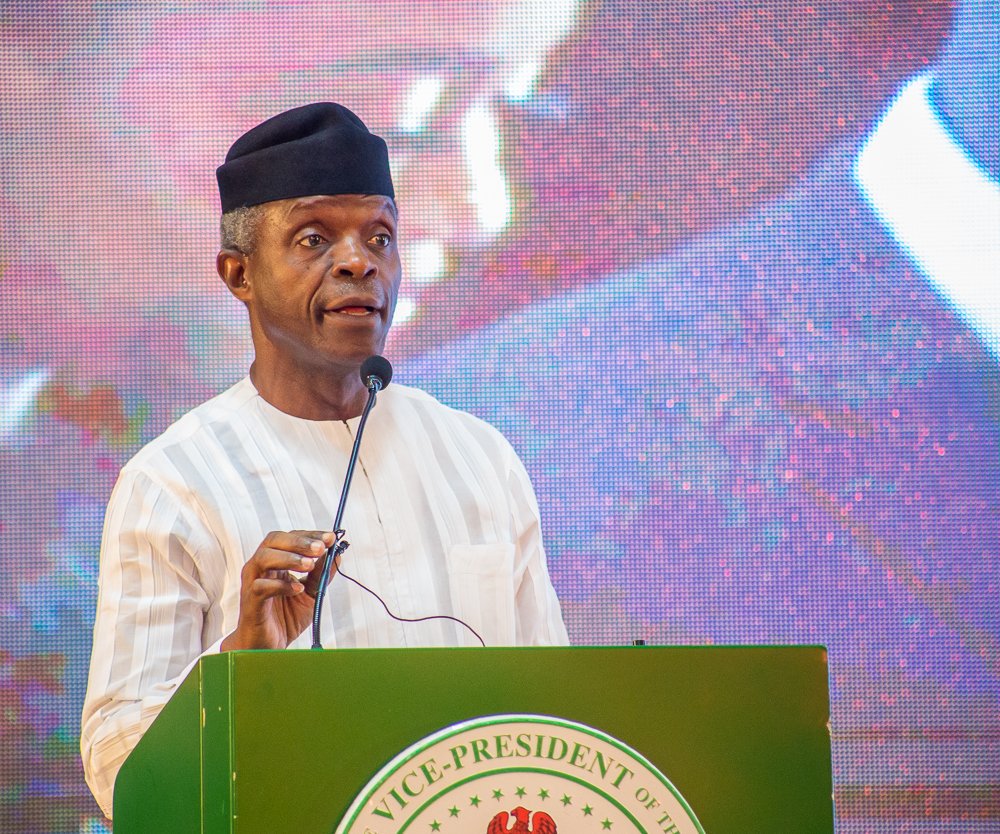 Vice President Yemi Osinbajo, on Thursday, recalled how he became the All Progressives Congress (APC) running mate to President Muhammadu Buhari in 2015.

The vice president said that was shocked when he got the news from now Minister of Interior, Ogbeni Rauf Aregbesola.

Vice President Osinbajo, who boasted that in terms of preparation for the office of President, in 2023, he was the most prepared to take over the mantle of leadership of the country from President Buhari, spoke to State House Correspondents at a breaking of fast (Iftar) in his Aguda residence in the Presidential Villa, Abuja, last night.

The vice president, at the dinner, sought the support of the journalists in his ambition.

He told journalists that the news of his nomination as running mate to then-candidate Buhari in the build-up to the 2015 presidential election came to him as a surprise.

The Vice President said he was telling his story to journalists to let them know that an individual’s life can change at any minute, adding that he always believed in and worked for a better Nigeria all his life and his decision to run for the office of president in the 2023 election was to enable him to make a difference.

Indeed, a source close to President Buhari narrated the intrigues that shadowed the selection of Osinbajo.

According to the source, “At the end of the day, it was Aregbe (Aregbesola) and Chief Bisi Akande, who supported Osinbajo. Asiwaju had suggested it initially on a theoretical basis but actually wanted the job himself.

“On the eve of the deadline, the President said he couldn’t do Muslim-Muslim ticket. Asiwaju was enraged. Mr. President walked out on him as there was an altercation.

“Akande, Aregbe and Oshiomhole were around. The President called Amosun to narrate the altercation as he left Asiwaju’s house.

“So, after the President left Asiwaju’s house in Abuja, Aregbe told Asiwaju it has to be Osinbajo. Asiwaju said no, he doesn’t want Osinbajo to benefit after he had opposed Muslim- Muslim ticket.

“Aregbe insisted and with Akande’s encouragement sent Osinbajo’s name. By then Amosun had also joined at Asiwaju’s house. Chief Akande signed the paper and sent it to the President. The President’s narrative was captured in Prof. John Paden’s book: “Muhammadu Buhari”— The Challenges of Leadership in Nigeria”.
READ ALSO: http://Amosun writes Senate, to declare for President May 5

He said few people have the kind of training and experience he had and that in terms of preparedness for the job, he stands out among all other aspirants vying for the APC presidential ticket ahead of May’s primary elections.

Said he, “I have been given opportunities that many may not have had. I think those opportunities were meant to be for a particular purpose. And I think that time has come.

“This is the time when all of my experiences have now come to the fore. And I will use all of what I have to serve this

“This is really one of the reasons why I chose to run. There are those who may say ‘well, he’s just a politician speaking.

“But I can tell you from the bottom of my heart that I believe that we have a real opportunity here to do something different for our country.

Osinbajo, however, stoked laughter from the newsmen when he said: “I am probably meeting you for your financial contribution.

“I don’t know why you think it’s a joke,” he said, eliciting more laughter from the journalists.

Speaking earlier, the interim chairman of the State House Press Corps, Ismaila Chafe, told Osinbajo that many members of the corps have been reporting from the Presidential Villa for over a decade.

Amosun writes Senate, to declare for President May 5