(FEATURE) A Plea on Behalf of Leprosy Victims 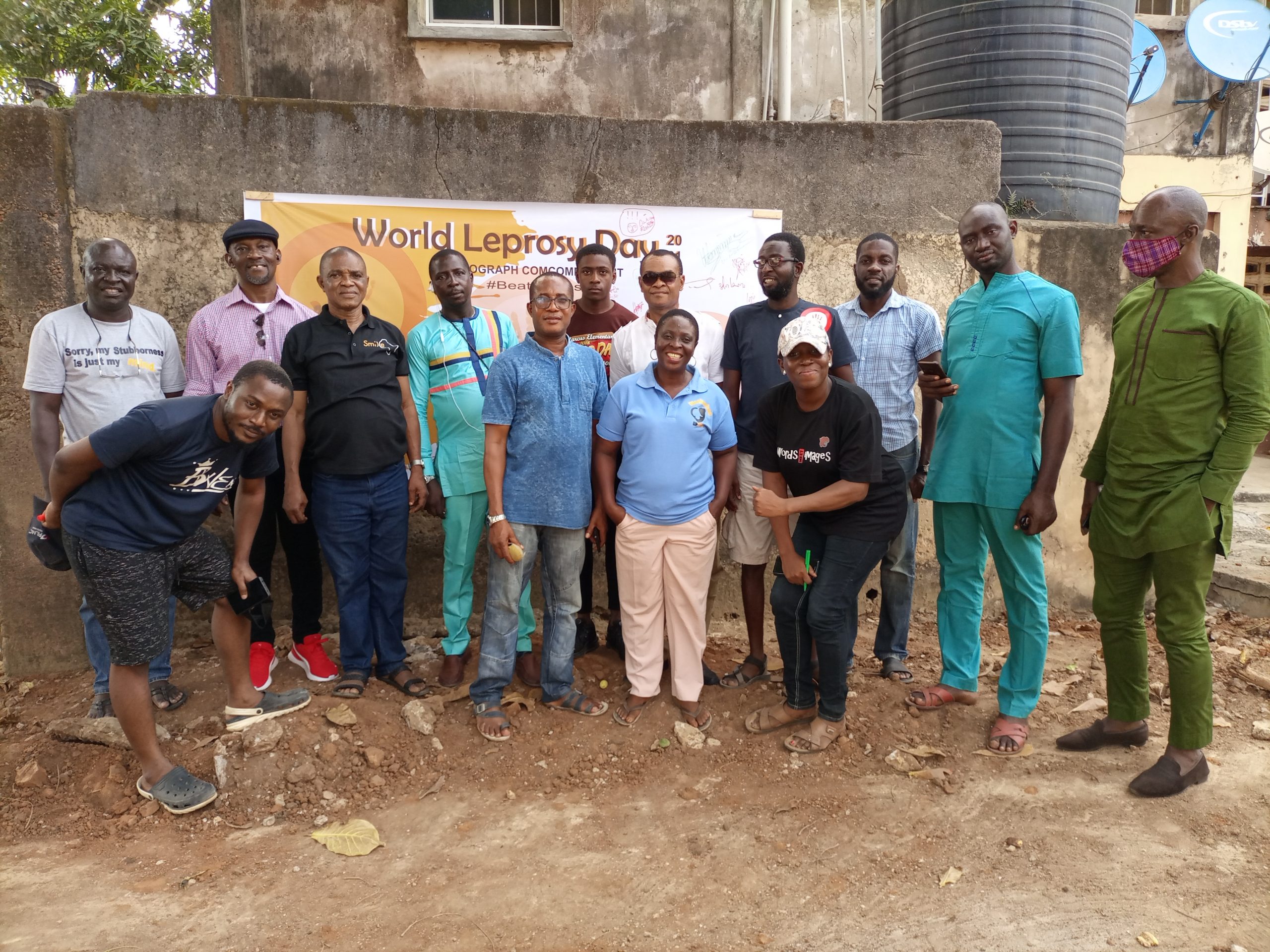 It is, therefore, not surprising that the the majority of the world population hardly know the significance of the last Sunday of every January as the World Leprosy Day. This year, in the midst of the coronavirus maelstrom, January 31 was commemorated in Nigeria as the 2021 World Leprosy Day with the theme “Beat Leprosy, End The Stigma And Advocate For Mental Wellbeing.¨

But for activists like Washington Uba, a documentary photgrapher and artist, January 31 would have been a silent day. At Parliament Bar, Jakande Estate, Isolo, Lagos, Uba, organised a photo exhibition, to which he had invited a sizable audience―friends, neighbours, colleagues, media professionals―and as was his tradition since the past three years, made the case for a greater attention to leprosy.

In the last one decade, during which he spent seven years undertaking a photo documentary and three years of exhibition about leprosy colonies in Nigeria, Washington Uba has been a passionate advocate for the wellbeing of leprosy victims in various colonies across Nigeria. He has been steadfast in awareness on every World Leprosy Day, an effort which he claimed ¨is yielding result.¨

The World Health Organisation had in 2010 declared that leprosy was no longer a public health issue. ¨As a result many people, including government agencies and NGOs relaxed and the disease had an upsurge,¨ Uba noted.

By 2016, WHO had acknowledged over 2, 000 new cases globally. ¨That means 50 people had leprosy a day,¨ Uba calculated, noting that the disease, once considered defeated, now poses a danger to mankind.

¨That is why we are doing what we are doing, contributing our little quota to create awareness so that the government, stakeholders, and policymakers should go back to the drawing board and see that they finally clean up the street of leprosy,¨ he stated.

Concerted effort by governments, major NGOs and donor agencies was what helped the world to defeat polio, Uba posited, expressing dismay at the way these key stakeholders have approached leprosy with levity and apathy. Yet, leprosy, according to him, is no less deadly. ¨This is a devastating disease, that takes off the limbs of its victims, and sometimes breaks down their system, render them senile and afflicts them with diarrhea and all manners of illness,¨ he submitted.

What alarmed him the most, he pointed out, is Nigeria´s record of over 4,000 victims of leprosy per year, a figure he considered grossly underreported. ¨Because these are the ones that came for diagnosis,¨ he avowed, ¨the stigma attached to leprosy makes it difficult for people to come out even at the point when there is yet no disfiguration.¨

If the trend continues, Uba feared the disease will spread silently and is likely to reach an epidemic proportion in the near future.

Justifying his advocacy, he said:¨If you look at the people having health challenges or other illnesses, children or people with leprosy are at the lowest end of the ladder and that is where my interest is.¨

Having done a documentary across Nigerian institutions, Uba has a keen insight into why it is increasingly difficult to stamp out the disease―stigma.

¨But with efforts like this,¨ he said of his exhibition, ¨using art and photography, we could create more awarness and help to battle leprosy to a standstill, and hope that the furture generations wil only read about it in prints like chicken pox which has become a thing of history now.¨

To reach that watershed, however, he acknowledged that all hands―of Governments, NGO, donors, individuals―have to be on deck.

Explaining further, he said: ¨Social media is currently the best campaign trend in the world. Celebrities, for instance, can identify with leprosy by using the hashtag, say, #LeprosyIsCurable.  That will go a long way. When they put a little effort through their posts, they would influence a lot of people. It is from there they begin the de-stigmatizing process.¨

The Leprosy activist has a strong conviction that throwing leprosy back into public discourse will yield a good result.

¨HIV is no longer in the public space like the 1990s and early 2000 because everybody came together to make sure that the stigma became annihilated by having a campaign and identifying with them; if such is done with leprosy, we can expect the same result,¨ Uba argued, urging government to ramp up the effort against leprosy. And to individuals, he suggested: ¨Let us put in efforts in pushing out leprosy by tweeting about it.¨

The theme of his exhibition this year, ¨killing the Entrepreneur,¨ might appear somewhat strange, but not for the Nigerian advocate. As far as he is concerned, the theme hit the nail in the head as it brings to the fore, the excruciating challenge faced by victims who are locked away, out of sight, in leprosy colonies.

Noting that entrepreneurship has attain a degree of currency in the world, Uba avowed: ¨It is not only people who are without defects that can be entrepreneurs; there are some people who have challenges and yet still contribute to the GDP.¨
Citing Uzoakoli leperś’colony as a case study, he said: ¨In the colony, they have skilled businesses, tailoring, carpentry, artificial limb factory, brick making and oil mill. They were producing and selling stuff, earning their livelihood and contributing to the country’s GDP.¨

The disheartening aspect of this development according to him, is that the enterpreneurial facilities at the colonies are dilapidated. ¨In Imo State, nothing is happening there again. Those who had skills cannot have are now bereft of livelihood and cannot contribute their quota to the GDP.  With the colony denied of self-sustaining development, the inmates are incapable of adding to the country´s entrepreneur graph.¨

Allowing the dilapidation of vocational facilities in the colonies inevitably breaks the inmates´ spirit of entrepreneurship. ¨You have ¨killed the entrepreneur¨ in them, so to speak―that is where, the theme, ‘killing The Entrepreneur’is derived.¨

Uba said:  ¨Government needs to revitalize the industries there so that they can contribute their fair share to the development of our society.¨