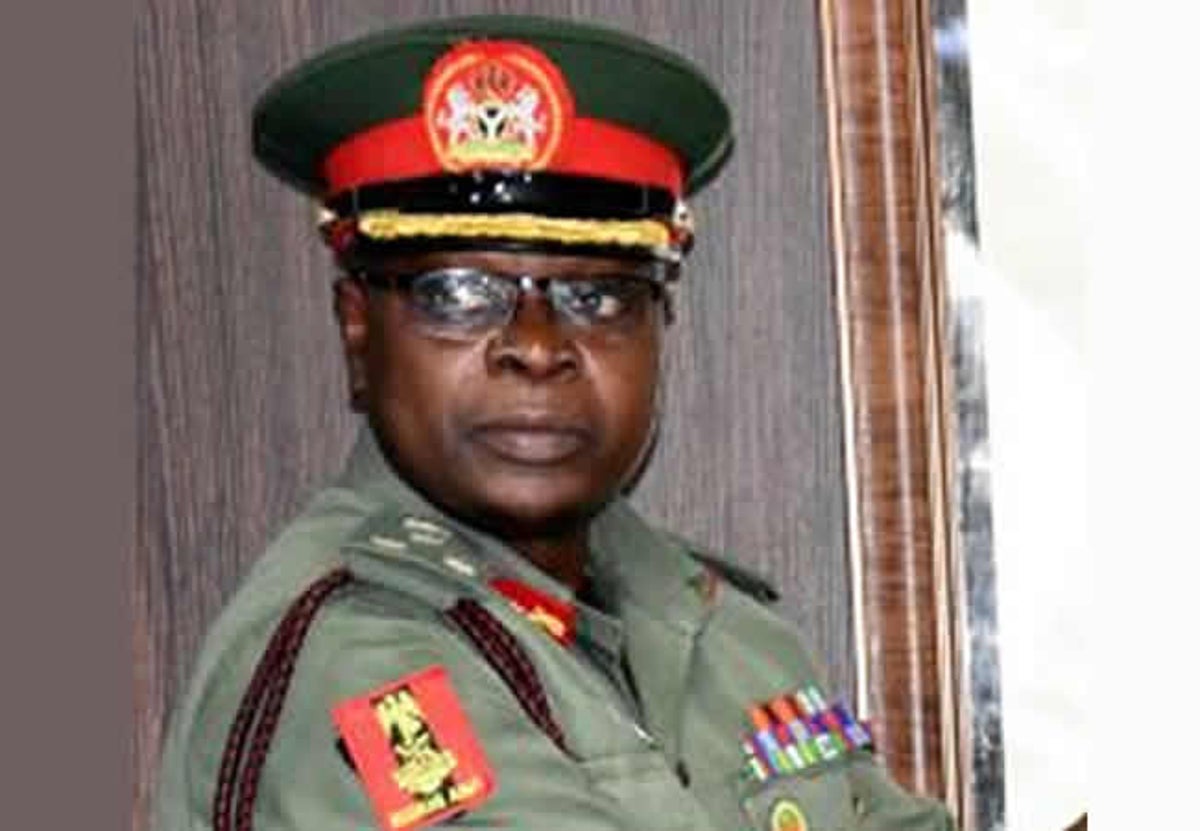 Share
From Priscilla Ofunre, Ado-Ekiti
The Director-General of the National Youth Service Corp (NYSC), Brigadier General Shuaibu Ibrahim has encouraged the 2019 Ekiti State Batch B, Stream “II”  corps members to be ambassadors of the nation by rendering selfless service for national development and transformation and shun hate speeches.
He made the statement at the NYSC Ekiti State Permanent Orientation Camp, Ise-Orun/Emure-Ekiti when he visited the camp.
While congratulating them for the success in their final examinations and opportunity to serve their fatherland, he charged the corps members to pay attention and portray everything learnt in the orientation exercise throughout their service year.
READ ALSO:Lagos assembly warns NURTW to desist from violence or risk proscription
The Director- General also charged the corps members to make it a point of duty to identify the community leaders, security stations in their various Place of Primary Assignment (PPA) and to be security conscious. He added that the corps members should ensure to adhere strictly to the NYSC dress code and wear the uniform to their various Local Governments for the Community Development Service activities.
However, Brig-Gen Ibrahim warned the corps members not to embark on unauthorised journeys out of their State of deployment. He added that in recent times corps members have been involved in motor accidents, therefore it is mandatory to take permission from the appropriate authority before embarking in such journey. Henceforth, he ordered that the keys to the buses of the religious bodies (NCCF, NACC, and MCAN) should be in the care of the State Coordinator so that they can seek the approval before it is used.
Speaking about their contribution to their community, he encouraged them to interact with their community, do their primary assignment with due diligence, identify the challenges faced and see opportunities in it, source for fund and leave it better than they met it.
As regards the use of social media, he said that the corps members should tread with caution. The social media should not be used to propagate disunity in the country, do not be an evangelist of hate speech, he advised.
READ ALSO:Serena Williams stuns in kimono by Nigerian designer, Jane Ekanem
Brigadier General Ibrahim, also stated that as nation builders the corps members should refrain from all forms of criminal activities, such as cyber-crime, robbery, sexual harassment and other negative vices that do not speak well of a nation’s ambassador. He added that they should view themselves as role model.
Also present at the event was the Ag. Director Special Duties NDHQ Abuja, Mr Afolayan James, NYSC Ekiti State Coordinator, Mrs, Emmanuella Okpongete, 2019 Batch B Stream II Camp Director, Mrs. Fagbemi H.T, and other key camp officials.
Meanwhile, the Director-General in the company of the State Coordinator and other top officials took an inspection tour to the camp’s clinic, kitchen and other camp facilities, before taking his leave. He also had a chat with the NYSC officials and security personnel.
Related Posts