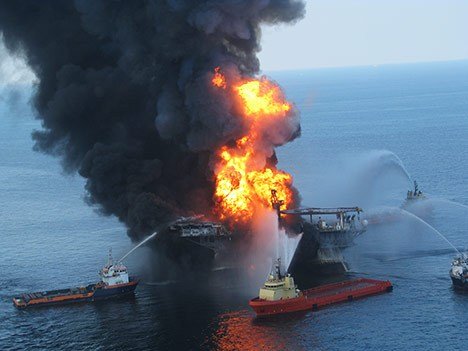 Seven years after a gas explosion at Chevron’s oilfield off Bayelsa coastline, youths from Koluama, have proposed an out of court settlement of conflicts caused by the incident of Jan 2012.

The position of the youths was contained in a letter to the Commanding Officer of the Forward Operations Base, Koluama 2, and c copy of which was made available to journalists, in Yenagoa.

Hundreds of Koluama youths had on Sept. 15 2014 boarded the North Apoi oil platform operated by Chevron over nonpayment of compensation for the rig blowout and vacated the facility after officials of the oil firm opted for dialogue.

The January 2012 explosion sparked off a fire incident which burnt at the oil rig for over 50 days before it was put out.

In the document, the community recalled how there ecosystem was destroyed and devastated, stressing that all aquatic organism for livelihood were dead and floating on the river, wildlife such as animals went into extinction.

Continuing, it noted that devastation was massive, as farmlands and vegetation destroyed; even the economic trees were not spared by the inferno and the toxic from the chevron rig.

They averred that the disaster threw many out of their natural occupation of farming, fishing and canoe making; an occupation that has sustained them over the years and still counting, even as they noted that since inferno disaster their children were dropped out of school, many starved because their means of economy was greatly hampered.

Victims of the Chevron’s KS Endeavour Rig Explosion in Funiwa oil field in September 2015 dragged the firm to a San Francisco court in the United States where the hearing has been on-going..

The youths under the auspices of Koluama Clan Youth Presidents Forum (KCYPF) said that they plan to table the peace deal before officials of Chevron Nigeria Limited at the Funiwa 5 well operated by Chevron in the area.

According to the letter, the community wishes to resolve the lingering litigation through meaningful dialogue and move on.

“The disaster destroyed our environment and the entire ecosystem which is our means of survival.

“It is sad to note that after seven years of patience the CHEVRON/NNPC Joint Venture have not taken reasonable steps to resolve a salient issue affecting the lives and survival of her host communities.

In view of the above, based on the over whelming need to act now that we are still alive, the youths of koluama have resolved that a multi- stake holders committee is set up to resolve the issue without any further delay.

“ The anticipated multi stake holder committee ought to include representatives from; Lead plaintiffs/counsels (legal) from every legal action against CHEVRON/NNPC  home and abroad, Chevron representatives, government representatives,” the letter read in part.

It was gathered that officials of the Nigerian Navy at the Koluama based urged the youths to approach the Central Naval Command in Yenagoa as they were not competent to handle the issues raised.

Sub Lt Patricia Dike, Acting Information Officer at the Central Naval Command, Yenagoa told our correspondent that that the Navy had nothing to do with granting permissions for peaceful protest.

“The matter is out of our mandate, if any group intends to protest, it is the Nigeria Police and the Bayelsa government that they should channel their requests to not the Navy,” Dike said.

Public Affairs department of Chevron have yet to respond to an email requesting for comments on the 2012 rig explosion.