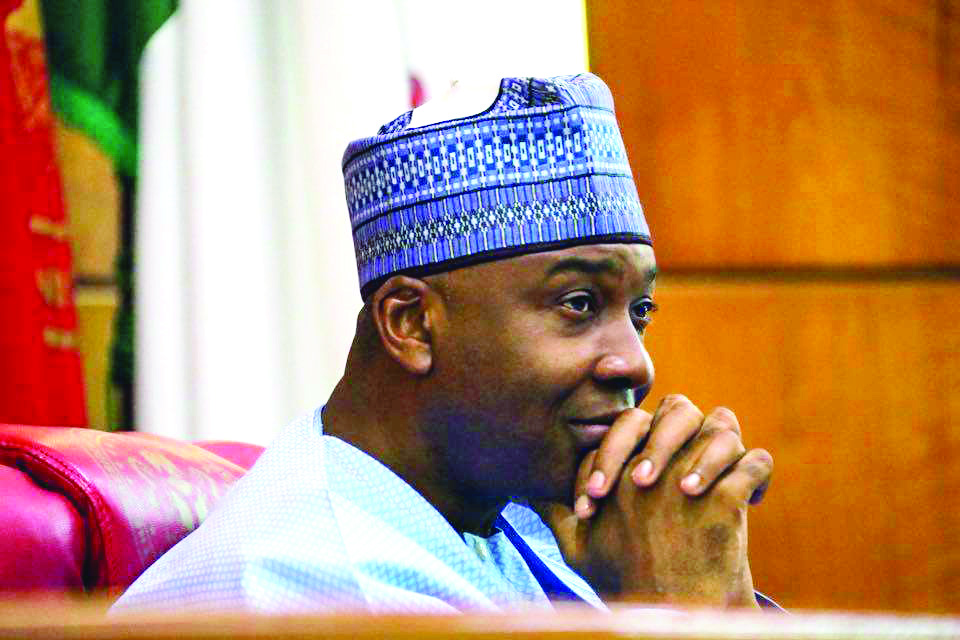 The Economic and Financial Crimes Commission has held a former president of the Nigerian Senate, Bukola Saraki, in custody over allegations of theft and money laundering, Premium Times reports.

Saraki, a former Kwara State governor, was detained on Saturday, sources familiar with the development said, a situation that may trigger another episode of troubles for the politician.

As senate president between 2015 and 2019, Mr Saraki spent a considerable time facing allegations of corruption and false declaration of assets. He was acquitted by the Supreme Court in June 2018.

However, in his new case with the EFCC, Saraki is to answer questions over alleged theft and laundering of public funds using a network of cronies and proxy companies.

The suspected proxies, who executed purported contracts for Kwara State under Mr Saraki, allegedly made returns, for many years, to the former governor, forming an organised network of dirty money flow.

The funds involved were huge, running into hundreds of millions in naira and hundreds of thousands in foreign currencies at various times, sources said.

Anti-graft investigators have obtained a list of the proxy companies involved and analysed a pattern of suspicious transactions between them and Mr Saraki.

One of them has been reportedly responsible for funding Mr Saraki’s lifestyle, including paying over a hundred million to settle the bills for rent and renovation of Mr Saraki’s Maitama residence, persons familiar with the property told Premium Times