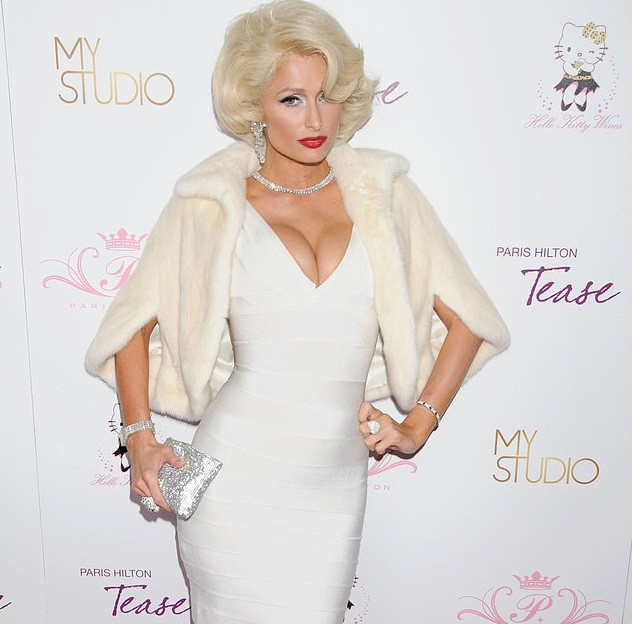 Billionaire Heiress and singer, Paris Hilton says she loves to wear wigs because they serve as as the best form of disguise.

The 38-year-old socialite, she wears a wig every time she wants to go out without being recognised.

The singer added that she has about 800 wigs, which she used on different occasions.

‘I probably own like 800 wigs, The Simple Life vet to Entertainment Tonight, I have every single colour and every style.

‘I used to wear them to Disneyland myself other places.

” If I am ever in a certain country or I want to just like go undercover, I’ll just put on like a short black wig and just go undercover and be in disguise,” she said.

Speaking in this regard, her hairstylist Chris Appleton said wigs are good especially when it is properly made.

‘The thing with wigs is that they are better than they used to be for sure. I always think wigs are good fun to try things out.

‘When we are talking about a dramatically different cut or color, I always suggest that you try a wig first because it gives a vibe of how it will look and how it a new color will change your skin tone.

‘Or do clip-in bangs if you want to just try them to see how you feel. And clip-in ponytails are great.’he said.

The American media personality/ model is the great-granddaughter of Conrad Hilton, the founder of Hilton Hotels.

Hilton began her modeling career as a teenager when she signed with New York-based modeling development agency Trump Model Management.

Her late-night persona made her a fixture of tabloid journalism and Hilton was proclaimed “New York’s leading It girl” in 2001.

In 2003, a leaked 2001 sex tape with her then-boyfriend Rick Salomon was later released as 1 Night in Paris, catapulted her into global fame and the reality television series ‘The Simple Life’.

‘Tlhe Smple Life’ which she starred with her socialite counterpart Nicole Richie, started its five-year run with 13 million viewers on FOX.(NAN)