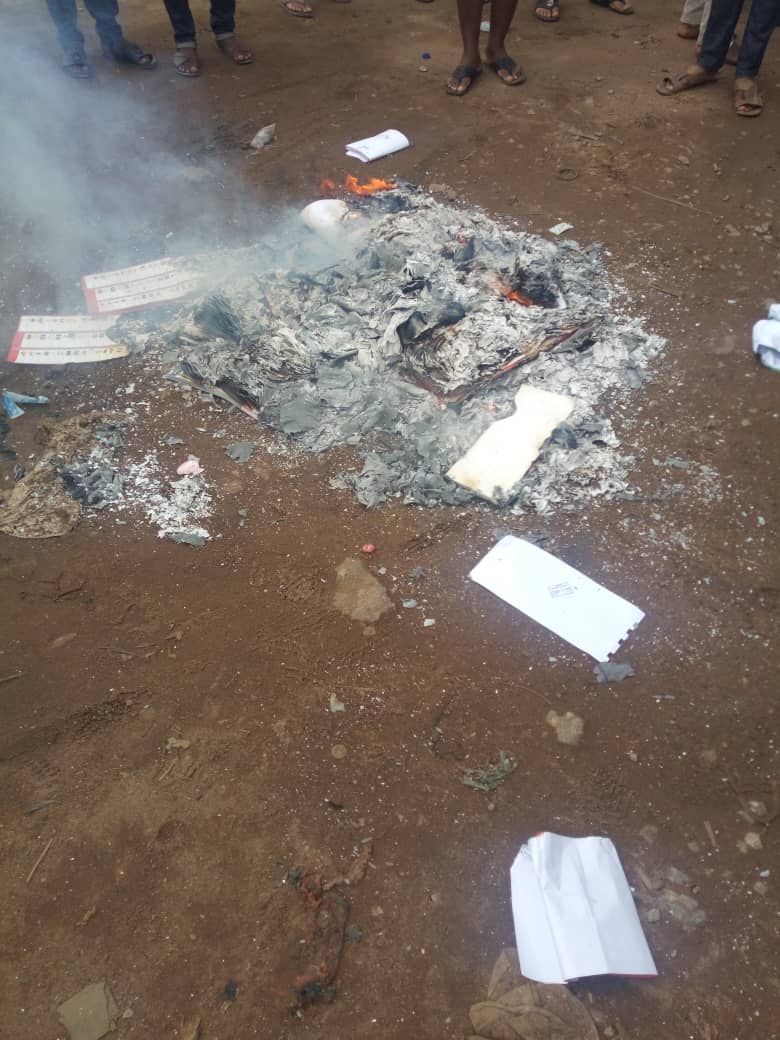 Some ballot boxes at Polling Unit 18 located at junction of Ohafia/Ago Palace Way, Okota in Oshodi/Isolo LGA of Lagos State have been set on fire.

INEC  ad-hoc staff at the polling units as well as voters who came out to cast their votes ran away from the polling centres for safety.

A team of the Special Anti-Robbery Squad (SARS) of the Lagos State Police Command have at the scene to apprehend suspects.

As at the time of this report, the INEC ad-hoc staff and voters  had yet to return to the units.

Also, at Polling Units, 035 and 036 located at  Adeneken Street/Alhaji Olusesi Street Junction  and Adeneken Street/ Olusesi, Ago Palace Way,  respectively, a groups of young men in tricycle and motorcycle disrupted the exercise by attempting to force voters to vote for a particular candidate.

A team of  SARS  intervened, shooting in the air. The team arrested some of the suspects.

The state Commissioner of Police, Mr Zubairu Muazu, confirmed the crisis at Okota, saying that he had ordered the area commander to take be on top of  the situation. (NAN)