Arsenal’s Tierney to undergo shoulder surgery, out for 3 months 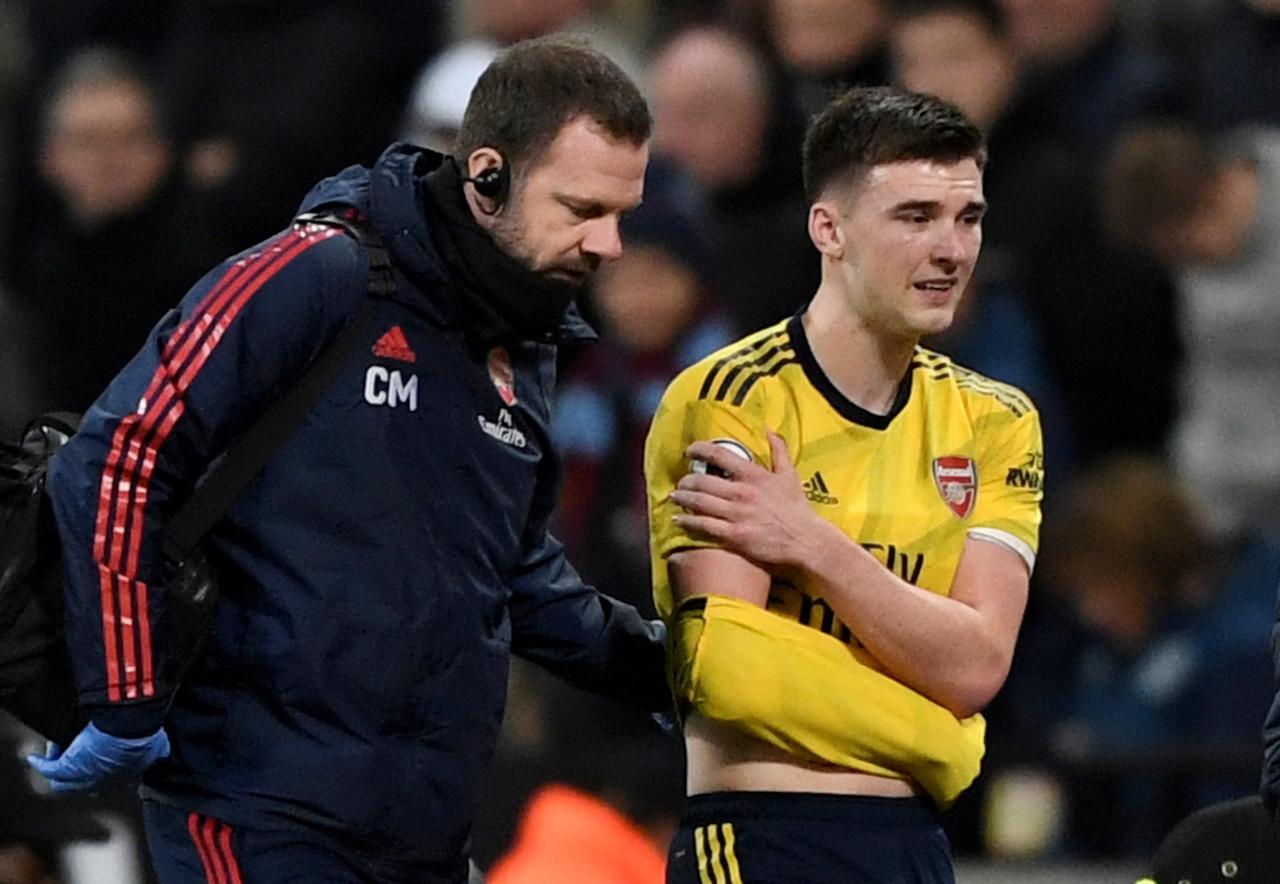 “Kieran will undergo surgery next week and will rehabilitate for around three months,” the club’s website said on Saturday.

The 22-year-old Scotland left-back was substituted just before the half-hour mark in the 3-1 derby win at West Ham.

This was after he fell badly and used his shirt as a makeshift sling as he left the pitch.

Arsenal will be without Swiss midfielder Granit Xhaka for Sunday’s home game against Manchester City after he suffered concussion when
the ball struck him in the head at West Ham.

Defender Hector Bellerin will also miss out with a tight hamstring.

But record signing Nicolas Pepe is available after missing the Europa League clash at Standard Liege on Thursday with a bruised knee. (NAN)