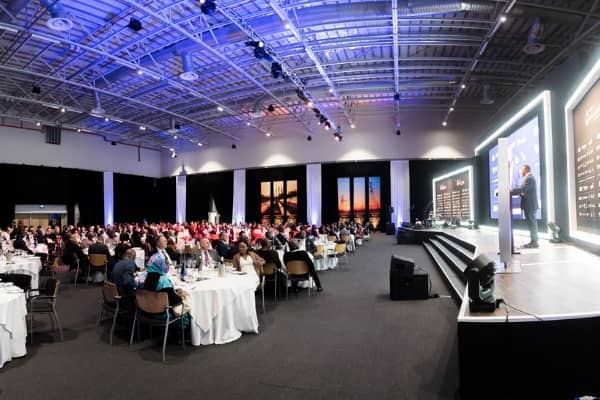 South Africa’s biggest energy organisations including CEF Group of companies, Sasol, IPP Office and the Department of Mineral Resources and Energy join the AOP line-up; AOP 2019 will be hosted under the theme #MakeEnergyWork and will take place at the CTICC1 in Cape Town, South Africa on October 9-11.

On October 9-11, South Africa’s Department of Mineral Resources and Energy (DMRE) and CEF Group and its subsidiaries will join Africa’s national energy leaders at the fourth annual Africa Oil & Power (AOP) conference and exhibition, which will take place at the CTICC 1 in Cape Town, South Africa.

Anchored by the theme #MakeEnergyWork, the three-day AOP conference will facilitate key discussions on how and why the energy sector should be at the center of Africa’s economic growth plans. In doing this, AOP will task industry chiefs with discussing key topics including Africa’s renewable energy sector, the future of exploration and production, the role of natural gas in the continent’s energy mix, the importance of developing and improving local content in the energy sector and the role of national oil companies in driving development.

Each country will be led by its respective petroleum minister and the heads of national oil companies.

National oil and utility companies speaking at and attending AOP 2019 include:

The Republic of Guinea’s ONAP, led by General Director Famourou Kourouma, alongside H.E. Abdoulaye Magassouba, Minister of Mines and Geology.

Senegal’s Cos-Petrogaz and Petrosen, led by Permanent Secretary, Ousmane N’diaye and Managing Director, Mamadou Faye respectively. The Senegal delegation will be led by the President of the Republic.