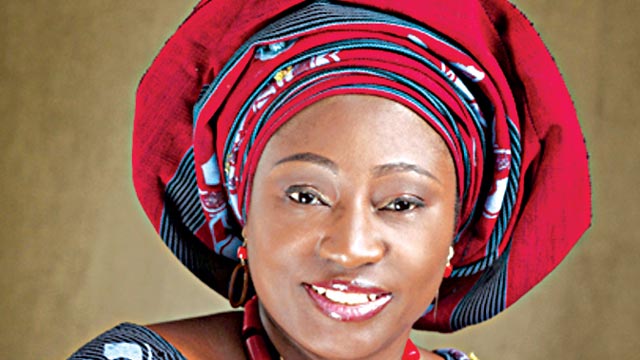 The COVID19 crisis has led to a reordering of our lives as we know it, at least for the foreseeable future.

Many important events have had to be postponed. One of them is the public presentation of ‘Naked Abuse: Sex for Grades in African Universities’, written by Mr Olusegun Adeniyi, the acclaimed Public Analyst and Author.

The event was supposed to have taken place March 31st in Abuja. I was looking forward to it, and even though the event did not take place, the publication is being released.

I was pleasantly surprised when Mr Adeniyi asked me to write the Foreword to the book, and with his permission, I am sharing it here.

When I was a student at the then University of Ife (now Obafemi Awolowo University) in the1980s, there was a story about a female student in the Pharmacy Department, a few years before our time.

This student had been propositioned by one of her lecturers and she turned him down. At the end of the semester, she failed his course. Quite naturally, she repeated the course. But she failed again.

When she went to check her results for the third time, after spending almost two additional years working towards her degree, she went berserk.

On realizing that she had failed again, she started unbuttoning her blouse and yelling at the top of her voice, ‘Dr XYZY, se o fe se ni? Oya, wa se!’, (‘Dr XYZY, do you want to have sex with me? Come on, let’s do it now!’)

Hysterical, the poor girl started walking down the stairs towards the lecturer’s office, stripping as she went, before other female students gathered to restrain her. The university authorities waded in and the student graduated eventually. But nothing happened to Dr XYZY.

That part of the story did not come as a surprise. After abusing his authority and driving his student literally insane, there ought to have been consequences for him. Wishful thinking. Things did not work that way then, and it seems nothing much has changed.

In my third year, I registered for a course in my department. A day after the first class on this course, I took a document to my lecturer to sign.

He made a pass at me, and when I refused, he said he would wait and see if I would change my mind, after all I had just started the course. I was scared and I was not sure if what I had heard was a joke, a veiled threat or both.

I mentioned my concerns to another friend who was in the same department but not taking his course.

She told me there were stories about the man. After registration, you had up to two weeks to change your mind and register elsewhere. The next day I withdrew my registration from his class.

When I was in postgraduate school, another lecturer tried the same thing. I reported him to my thesis supervisor who had a quiet word with him.

Of course he denied the harassment, claiming he had only been joking with me. He however got the message and backed off.

In October 2019, I attended the screening of the BBC Documentary, ‘Sex for Grades’, at the Sheraton Hotel in Lagos. I could not believe what I was watching.

I laughed at the pitiful sight of a grown man bumping and grinding in front of a girl young enough to be his daughter, claiming to be praying for her.

I cried when it turned out that the brave young woman who produced the documentary, Kiki Mordi, had to drop out of university on account of the sexual harassment she faced. I sat with my mouth open at the sight of ‘The Cold Room’, where young female students were taken to be ‘frozen’ by their lecturers.

I was angry at the lack of respect for the young women and the absence of any sense of decorum by the male predators.

However, I was also pleased that the dreadful culture of silence about sexual harassment in our higher institutions was finally being broken.

I was therefore delighted when my good friend and brother, Olusegun Adeniyi, asked me to write the foreword to this book, ‘Naked Abuse: Sex for Grades in African Universities’, which is a concise study of sexual harassment in tertiary institutions across the African continent.

The author is a well-respected public intellectual, a brilliant analyst, and a thoughtful writer who has meticulously borne witness to some of our most critical moments as a nation.

Sexual harassment is one of those insidious practices that continues to go unchecked and is quite frankly not taken seriously.

As stated in the introduction to this carefully researched book, sexual harassment in higher institutions is a global issue.

Considering the lack of policy frameworks, inadequate or non-existent procedures, the dearth of support systems required, and zero political will to drive these issues, a culture of impunity is rife in most African tertiary institutions.

Adeniyi paints a painfully true picture of the state of affairs in tertiary institutions from one country to another.

Starting with several disturbing case studies in Nigeria, and on to at least 29 other countries spread across all the regions of the continent, a clear pattern emerges.

The pattern tells us that many male lecturers all over, have a sense of entitlement to the bodies of their female students.

These male teachers have enormous power over their students, and they use that power to threaten, cajole, obstruct justice, collude, persuade and reward.

It is therefore extremely difficult for allegations of sexual harassment or misconduct to stick. Many university authorities quickly close ranks to protect the image of the institution.

Predators do not operate in isolation; they are part of a culture that indulges in, and encourages preying on vulnerable students.

Young female students attend tertiary institutions to receive an education. They look up to their teachers, male and female alike, for guidance and mentoring, all of which require trust.

The female students likely see a big brother type or a father figure. More often than not, their teachers see hot young bodies that are available for the asking or taking.

There is a worrisome narrative in the last chapter, ‘The Other Side of the Coin’, concerning the increase in the number of female students who themselves are aggressors and do all they can to lure their lecturers into sexual relationships for marks.

There are sadly many of such cases, and the author is right to point this out because a number of male lecturers keep repeating this like some kind of mantra.

This does not change the main narrative, which is the accountability of adult teachers and the duty they owe those who are placed in their care to learn.

It’s not unusual that some young girls will have crushes on their teachers, and there are always the lazy ones who would rather play around than study.

Faced with the prospect of failure, they resort to seeking ‘Sexually Transmitted Grades’, a phrase the author picked up from his research in Gabon.

When this happens, the onus is on the adults concerned, who are entrusted with a sacred responsibility, to say no. It is an abuse of power and breach of trust for teachers to take advantage of impressionable young girls.

That said, the fact remains that the vast majority of victims of sexual harassment are those who have unwanted attention forced upon them, the ‘naughty’ ones are a minority.

For Adeniyi to take the time to address the issue of sexual harassment this diligently is a huge contribution to knowledge and public awareness, which will hopefully inspire further action.

Sadly, patriarchal oppression works in many ways. Silencing is one of them. African feminists have lent their insights and experiences to the issue of sexual harassment and sexual violence for a long time.

One of the ways in which we can see traction on this agenda is to broaden the audience as much as possible, and at the same time encourage as many voices as we can, both male and female.

In adding his voice to this topic, Olusegun Adeniyi is on the right side of history, as he has always been. No society can make progress if it treats 50 per cent of its population with disdain.

If young girls are unable to acquire an education in a safe environment and in peace, and go into the world to be the best they can, we will never achieve the development we seek.

If our daughters have to spend their time in university dodging the erections and desperate clutches of teachers who are supposed to be their role models, then it should be no surprise if we end up with generations of physically and emotionally scarred women who are unproductive and dependent.

Where there are laws and policies in place to prevent and deal with sexual harassment, they should be implemented to the full.

Every tertiary institution needs a policy on sexual harassment and a zero tolerance culture. The leadership of tertiary institutions need to demonstrate that they are serious about the issue and will not condone a culture of abuse, silence and impunity.

Women’s organisations that are working to provide support for young women to deal with these issues, need to be encouraged. I hope this book is read and used widely for advocacy and capacity building.

Thank you, Olusegun Adeniyi, for a job very well done. You have given a lot of food for thought, and as the young people say these days, you have ‘shaken a lot of tables’.

Bisi Adeleye-Fayemi is a Gender Specialist, Social Entrepreneur and Writer. She is the Founder of Abovewhispers.com, an online community for women. She can be reached at BAF@abovewhispers.com