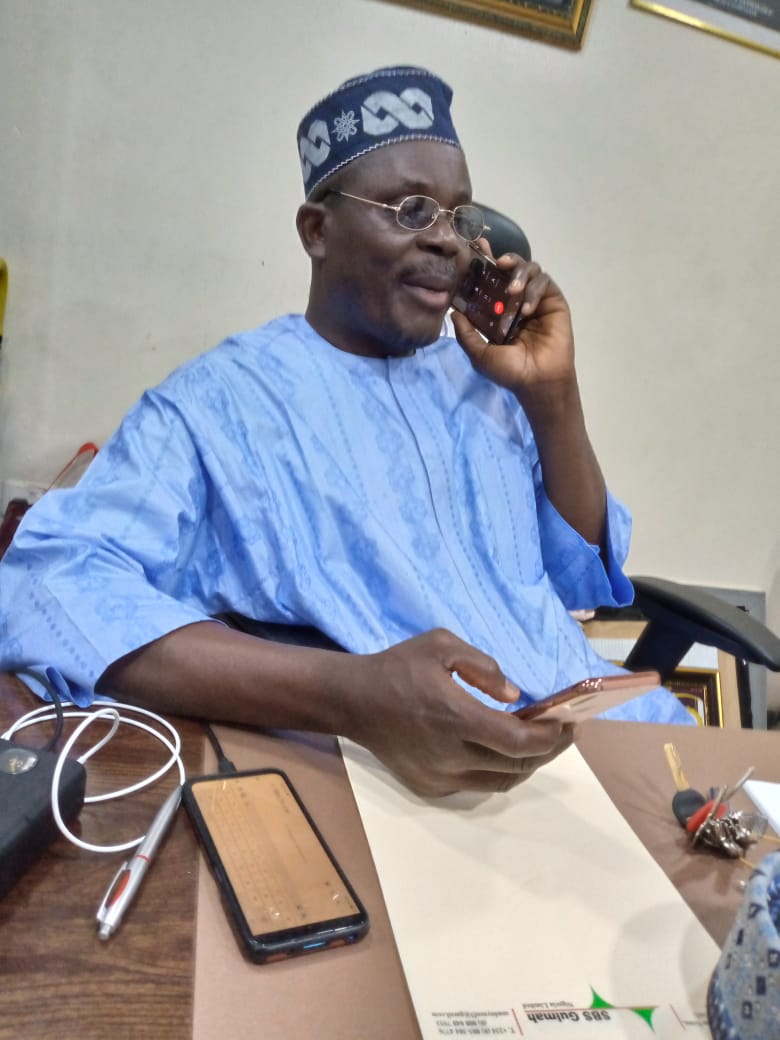 The Kebbi State born APC chieftain in this interview with Razaq Bamidele in his office at the Oko-Oba Agege, Lagos abattoir expressed the confidence that, in the coming general election in 2023, APC and its presidential candidate, Asiwaju Bola Ahmed Tinubu will win convincingly.

According to him, the victory is sure for Tinubu as President and Mr. Babajide Sanwo-Olu as governor for a second term in Lagos state because no less than 80 per cent of the northern voters will vote en masse for the party and its candidates.

How long have you been in Lagos State?

I have been a Lagos State resident for the past 32 years.  I even married a Yoruba woman.

When did you join active politics?

I joined active politics since the inception of this dispensation in 1998 and I started with the Alliance for Democracy (AD). And all along, I have been moving with the progressive camp. I mean, I was the AD till when its transformation commenced from the AD to the Action Congress (AC), to the Action Congress of Nigeria (ACN) and finally to the All Progressives Congress (APC).

What motivated you to join the progressives from the AD time till date?

Thank you very much. The answer is simply because of Asiwaju Bola Ahmed Tinubu. We believe in his leadership style. You can see the way he has been turning people from nobody to somebody, from nothing to something and from unknown to known. His leadership style and leadership quality are sources of social, political and communal motivation to some of us the young ones.

He is just a unique motivational leader, selfless, considerate and compassionate. In fact, with his track record, antecedents and pedigree, he is the kind of a leader the country desires. And I want to congratulate our great party on his choice as the presidential flag bearer for the 2023 general election. And I would be ingrate if I fail to recognise the hand of God in his emergence as the presidential candidate of our great party. so, I thank the Almighty Allah for directing the APC towards the right path that guarantee Tinubu’s victory at the party’s primary election.

How do you feel when you realise that some of the people he brought from nothing to something are betraying him, and don’t you think that some of them would not sabotage his efforts at becoming the president?

That is human beings for you! Some people would not bat an eyelid to pay good gesture with evil. But, by the grace of God, they will not succeed as his enemies. Anyway, that is life. It is not everybody you raise that would reciprocate your good gesture with positive response. And it is everywhere. It is a natural phenomenon. Even me, I have such experience here and there. Regrettably, it is the very people you toiled to build that would turn round after they have eaten and had their fill to stab you at the back.

As things stand now, what is the chance of Bola Ahmed Tinubu of winning the coming general election?

Aswaju Bola Tinubu’s chance of winning the coming general election is 150%. Yes, 150 per cent because if I say just 100%, it means there may be eventuality. But to tell you how very bright his chance is, let me put it at 150% to be double sure. In sha Allah, Asiwaju’s chance of winning the coming election and becoming the president is 150%. I repeat, 150%.

Are you insinuating that the presence of former Vice President, Atiku Abubakar of the Peoples Democratic Party (PDP) in the race is not a threat?

As we are speaking now, Asiwaju has become as good as president already. So, Atiku and or whoever in the race is not, has never been and will never be a threat to Bola Ahmed Tinubu’s presidency in 2023 in sha Allah.

Are you still confident in what you are saying despite the betrayal of trust in the power shift agreement?

That is part of what we have mentioned earlier that some of those people Asiwaju raised, built, moulded and turned to something from nothing came out to contest against him even within the same party. Wonder, they say, will never end! Human beings are very terrible and cannot be trusted. If you trust them and rely on them too much, they will stab you at the back.

Aare you not apprehensive of the north voting for Atiku or Rabiu Kwankwaso of the New Nigeria Peoples Party (NNPP) because of their being of northern extraction?

I am a northern, and I can say it loud, clear and unequivocally that, 80% of us, if we say yes, our yes will remain yes. And you can take that to the bank and it will definitely be honoured. Our yes in this sense means that, on the rotational presidency and power shift to the south we stood yesterday, we are standing today and in sha Allah on it shall we stand tomorrow and for ever as long as that is the collective agreement.

And if we say, no, it will remain no. Remember I am part of them, I mean part of the northerners because I am a northerner from Kebbi State.  In sha Allah, in 2023, northerners will vote Asiwaju Bola Ahmed Tinubu in as the next President and Commander in Chief of the Armed Forces of the Federal Republic of Nigeria.  You can record it down because it will be you and I that will celebrate Asiwaju Tinubu’s presidential victory together on May 29, 2023.

As the Lagos Chairman of the Arewa Community in the APC, what is your response to the PDP threat to win Lagos State next year?

How can the PDP win Lagos State in 2023? If truly they think so, I will say they are day-dreaming. And the beauty of democracy is that day-dreaming is allowed since it is not harmful. By the time they wake up, they would see that the APC candidate, who is the current governor, Mr Babajide Olusola Olusanwo-Olu will still be on the gubernatorial throne at Alausa seat of power.

I can assure you that let worse become worst, those people that Asiwaju has raised from grass to grace, they would not want Tinubu to fall no matter what. The worst that can happen is that only 50% of those traitors may not have a rethink to pay Tinubu back according to the good gestures he has extended to them when they were nobody. But I am very confident that not less than 70% of them will vote Asiwaju as President and Sanwo-Olu as governor. So, I can confidently posit that, 2023 for Tinubu and Sanwo-Olu is sacrosanct.

Don’t you agree that surprises and disappointments do occur in politics?

No. let me tell you something, we have 36 States in Nigeria and the Federal Capital Territory (FCT). And as we are speaking now, every state wants to be like Lagos. Assuming we have six people like Asiwaju Bola Tinubu in the whole of the six geo-political zones of the country, I will not be in Lagos. I will remain in my own geo-political zone because all the zones would be like Lagos in terms of development in infrastructure and in the economy.

How can you briefly describe Tinubu?

Are you comfortable with Sanwo-Olu’s performance?

Yes, 100%. The reason some people think the governor is not working is because Lagos is big.  The whole 20 Local Governments and 37 Local Council Development Areas (LCDA), are within Lagos. None of them is outside Lagos and is not easy for people to go through to confirm and score him correctly. Twenty Local Governments and 37 LCDAs are all within Lagos. For instance, somebody in Agege might have not been to Aja in his life. Likewise somebody living in Ikorodu or Ojota might have never been to Badagry, never been to Lekki or Ajangbadi and Okokomaiko.

In fact Sanwo-Olu is trying and in sha Allah, God will help him to come back for his second term in office next year. Members of the Arewa Community are also getting prepared for that. We would not take things for granted that we are for Tinubu and Sanwo-Olu. We will still mobilise heavily for both of them.

What about the Security challenges plaguing the nation?

The government is trying. But I can promise you that by the time Asiwaju becomes president in 2023, in sha Allah the security challenges would become part of history. He has the ability, competence, manpower and both human and natural resources to do it. He also has the media behind him to assist in fighting the menace.

Causes of the challenges are majorly two, Illiteracy and joblessness. And I can assure you that Tinubu’s manifesto will handle that. Let us wait for the campaign proper where all the agitations would be addressed.  I have confidence in him and I know what I am saying.