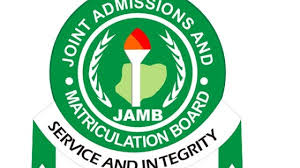 The Join Admissions and Matriculation Board (JAMB) says the date for the sales of its registration documents for the 2020 Unified Tertiary Matriculation Examination (UTME) still stands, despite the suspension of the National Identification Number (NIN).

The Board’s Head, Media and Information, Dr. Fabian Benjamin, who disclosed this in an interview with NAN, on Sunday, said that the process for the acquisition of the PIN remained the same.

He said aside the now suspended use of NIN by the board’s management, all other process remain the same.

According to him, no other new process had been introduced by the board as being speculated by some sections of the public.

He emphasised that candidates desirous to sit for the examination should send their surname, first and middle names in that order to 55019 for their UTME PIN and profile code.

He said the portal for the registration was expected to be activated today, the day for the commencement of the sales of the documents.

“Candidates are advised to use one unique telephone number that will be tied to him or her.

“Those who have also registered for the examination before now should still use the same telephone number to get their UTME PIN.

“We are looking forward to a seamless registration exercise as all logistics to ensure its success have been fully deployed to the various registration centres.

“We will stick to the registration window or calendar as agreed by other examination bodies because they equally have their own examination schedules and will not want a clash.

“To this end, therefore, we also want to implore candidates for Direct Entry to commence the process same day as those for the UTME, as it will close the same day,” he said.