Zlatan, Perruzi, Patoranking, others for 2019 Miss Africa pageantry in Calabar 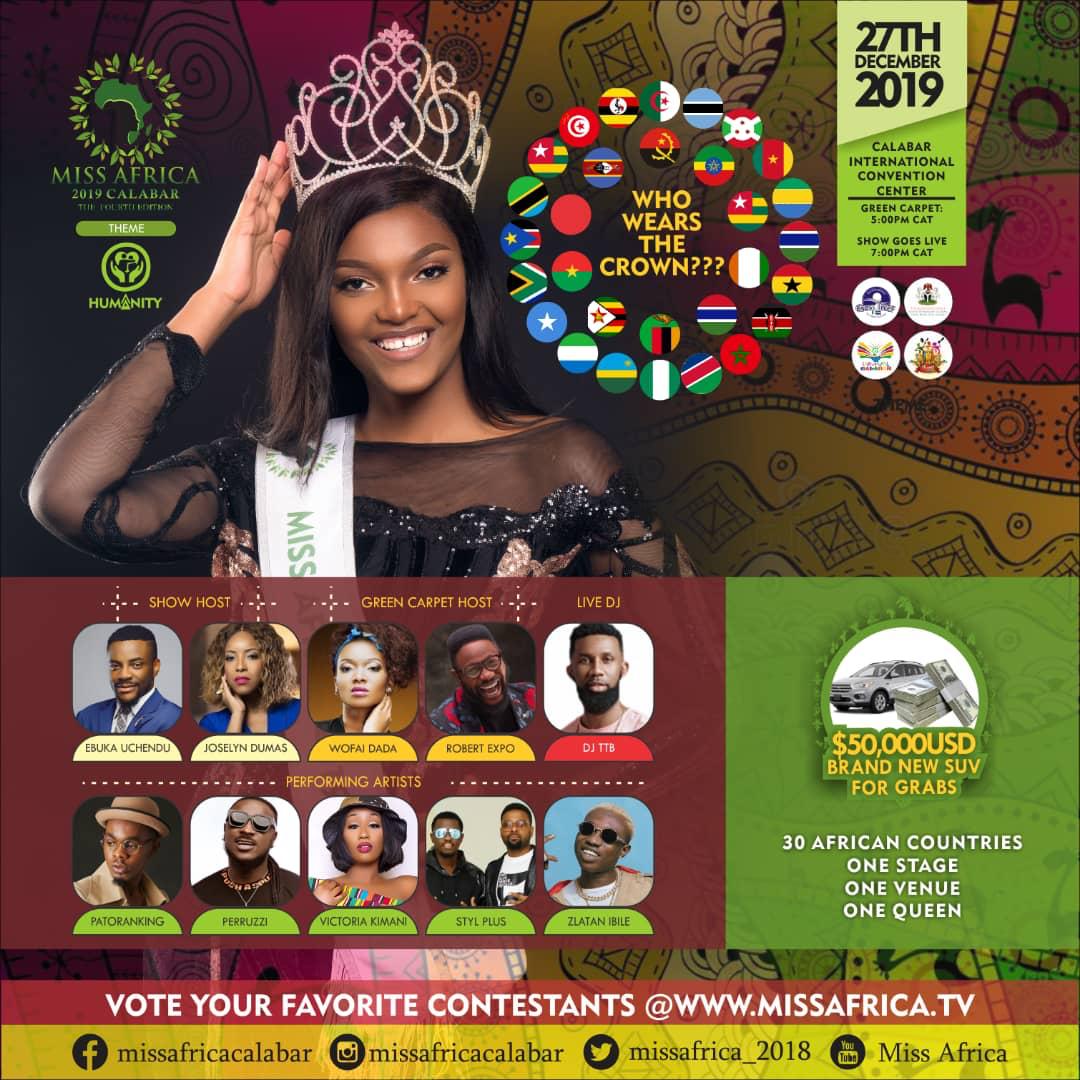 Top music acts, including Zlatan, Perruzi and Patoranking, are among celebrity artistes lined up to thrill guests at the 2019 Miss Africa pageantry in Calabar on December 27.

Cross Rivers, the host state government, said in a statement that the pageantry, which promises to be a night of thrills and suspense, would hold at the Calabar International Convention Centre.

Mathias Amgbah, media aide to Governor Ben Ayade, said the contestants from across Africa would enter a battle of wits on stage to win a brand new car and $50,000 in cash, among other prizes.

He said the winner would become the new face of hope to lead a campaign for issues affecting Africa and Africans.

“The rave of the moment Zlatan will be performing at the star studded event, alongside African reggae king,  Patoranking; DMW star, Perruzi; African queen, Victoria Kimani; blast from the past, Style Plus, and a host of others.

Amgbah said that Ayade will lead a delegation of high-profile guests from the political and corporate class to witness the ceremony.

“There will be a live stream online on YouTube and all our social media channels.

“We will also broadcast live on DSTV Channel 198 to keep millions of viewers across Africa, who can also participate through voting, while glued to their screens for the historic grand finale of Miss Africa 2019 live from Calabar.

“The glitz and glamour begins on the green carpet, which will be hosted by Roby Ekpo and Wofai Fada, while compere and fashionista Ebuka will anchor the ceremony in company of beautiful Joselyn Dumas.

“Also, as usual, there will be a parte after parte with the creme de la creme of the industry, the immediate past, the reigning and newly crowned queens, alongside damsels from across Africa,” he said.

Amgbah assured that the event promises to be a night of fun extravaganza for guests and viewers, adding that voting is open for everyone to select favourite contestants. (NAN)