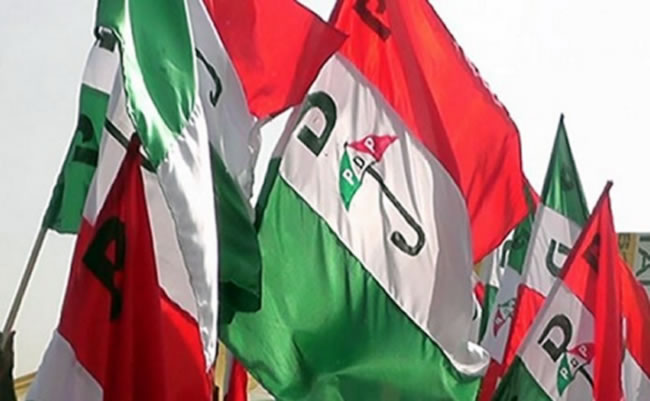 The Zamfara State chapter of the Peoples Democratic Party (PDP)  has raised the alarm over alleged plans by the state government to clampdown on its principal officers and silence the opposition in the state.

Chairman of the party  in the state, Bala Mande, made the allegation in a press conference, saying the state government had secured a warrant of arrest for its Deputy Chairman, Kabiru Jabaka, for accusing Governor Bello Matawallle of travelling to Niger Republic to watch local wrestling, Dambe, while bandits were wreaking havoc in the state.

Mande added that the governor was also offended by calls on him to account for N31billion federal allocation to the state and his security votes.

While calling on the United States of America, United Kingdom, and advanced democracy countries to deny VISA to persons involved in undemocratic practices in Zamfara, he vowed that the PDP would resist any attempt to intimidate and harass its members.

He said: “We understand that my Deputy, Professor Kabiru Jabaka, is now being sought for by all means to be arrested. The state government has gotten an arrest warrant to arrest him for no offence other than that he spoke the facts about the governor leaving his state while people were being murdered, massacred, abducted and raped, and went across the border to Niger Republic, to watch wrestling.

“We call on the well-wishers of democracy of the international community to do the needful to discourage this kind of attitude by denying Visa to the perpetrators of this undemocratic attitude. If they want to kill democracy then they don’t deserve to go to democratic nations. This is my call for the democratic world not to issue visas to undemocratic elements in our state.”