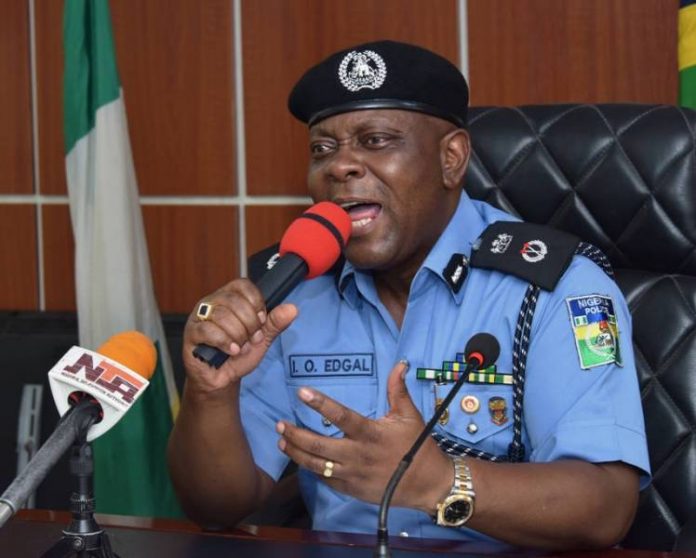 Ahead of the Yuletide season, the Lagos State Police Command has assured Lagosians of the security of lives and property during the festivities.

To achieve this, the command said its entire 28,000 manpower capacity had been drafted into an operational plan meant to forstall any security breach during the period.

The command’s Public Realations Officer, CSP Chike Oti, who made this known during an exclusive interview with The Xpress said all police personnel in the state would act in various capacities to ensure crime prevention before, during and after the season.

Chike disclosed that the Lagos Commissioner of Police, CP Imohimi Edgal has ordered that no policeman serving in the state should go on leave during the period to achieve the desired peace and decorum needed to enjoy the season.

While identifying specific measures the command had put in place to ensure a hitch free celebration, Oti said the police would be visible on land, water and air as expected.

He said motorised patrols, bike patrols, boat patrols, foot patrols and collaborative effort with other security agencies were some of the strategies the Lagos Police would be adopting to keep the state safe during the season.

He said, “The whole workforce of the police in Lagos state will be on ground functioning in their different capacities to ensure there is no breach of security during this period. We are about 28,000 personnel so the whole personnel are actively engaged in the security plan for the season.

“The Commissioner of Police has told all policemen and officers in the command to forget about going on leave this period. No leave for anyone. From September to December, there has been an embargo on leave approval for policemen in Lagos. We will all be on ground working.

“In the riverine areas, we have our gun boats in place and the marine police patroling the creeks and waterways of the state. On land, We have vehicle and motorcycle patrols. We also have our men on foot patrols.

“Knowing that this period of the year engenders a lot of traffic, we also have our riders unit taking care of distresses that may arise as a result of traffic gridlocks. We also have our traffic section who are up and doing, they will be collaborating with other agencies to ensure free flow of traffic in the city. This is becasue when traffic is lighter, crimes associated with traffic will be less.”

The spokesperson also revealed that pin down points that are manned 24 hours have been drafted to take care of black spots in the state. “The command has taken a lot of pain to know the security pecularity of each part of the State and has addressed those pecularities. We have our pin down points manned on 24 hours basis. This pin down points are set up to take care of black spots. We have our vehicles stationed at vantage points in the city where people can always run to, give information or make complaint.