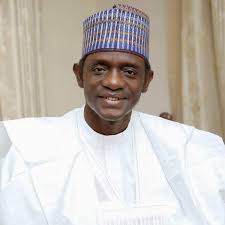 Youths in Damaturu have urged Yobe State governor-elect, Alhaji MaiMala Buni, to give priority to his proposed Farmer Anchor Borrowers programme to facilitate economic rehabilitation and empowerment of youths in the state.

The youths, who spoke with the News Agency of Nigeria (NAN) in separate interviews on Wednesday in Damaturu, said they were attracted to the proposed agricultural programme by Buni during his campaigns.

Babagana Aliyu, 25 years, and a Higher National Diploma (HND) holder from Federal Polytechnic Damaturu, said that he would not look for white collar job if he benefitted from the proposed programme.

“If l can lay my hands on something like the anchor borrowers programme, l will manage it to succeed because, l want to be self-employed rather than an employee.

“These programmes give us hope for a future; it is a foresight that gives youths opportunity to economic prosperity,” he said.

NAN reports that the governor-elect had during his campaigns, said he would replicate the National Farmer Anchor Borrowers programme in the state to employ more youths to ensure food security and economic prosperity.

Mustapha Bukar, an unemployed graduate of agriculture said that the programme would facilitate economy of people displaced by insurgency and many unemployed youths.

“Youths are now willing to take agricultural production as a profession, government will be surprised to see the number of young men and women who will register for the proposed programme.’’

Bukar commended the foresight in putting the abundant wetlands across the state to viable economic activity.

Bilkisu Sani, a final year student of the state-owned university, appealed to the governor-elect to diversify the programme and not limit it to crop production.

“Animal husbandry, poultry and fisheries should also be included in the programme to exploit the potential in these areas of agriculture,’’ she said. (NAN)

Nigeria superstar Davido, others set to perform at Dreamland Festival in U.S.