You will pay dearly for your actions, Lai Mohammed warns militants, bandits 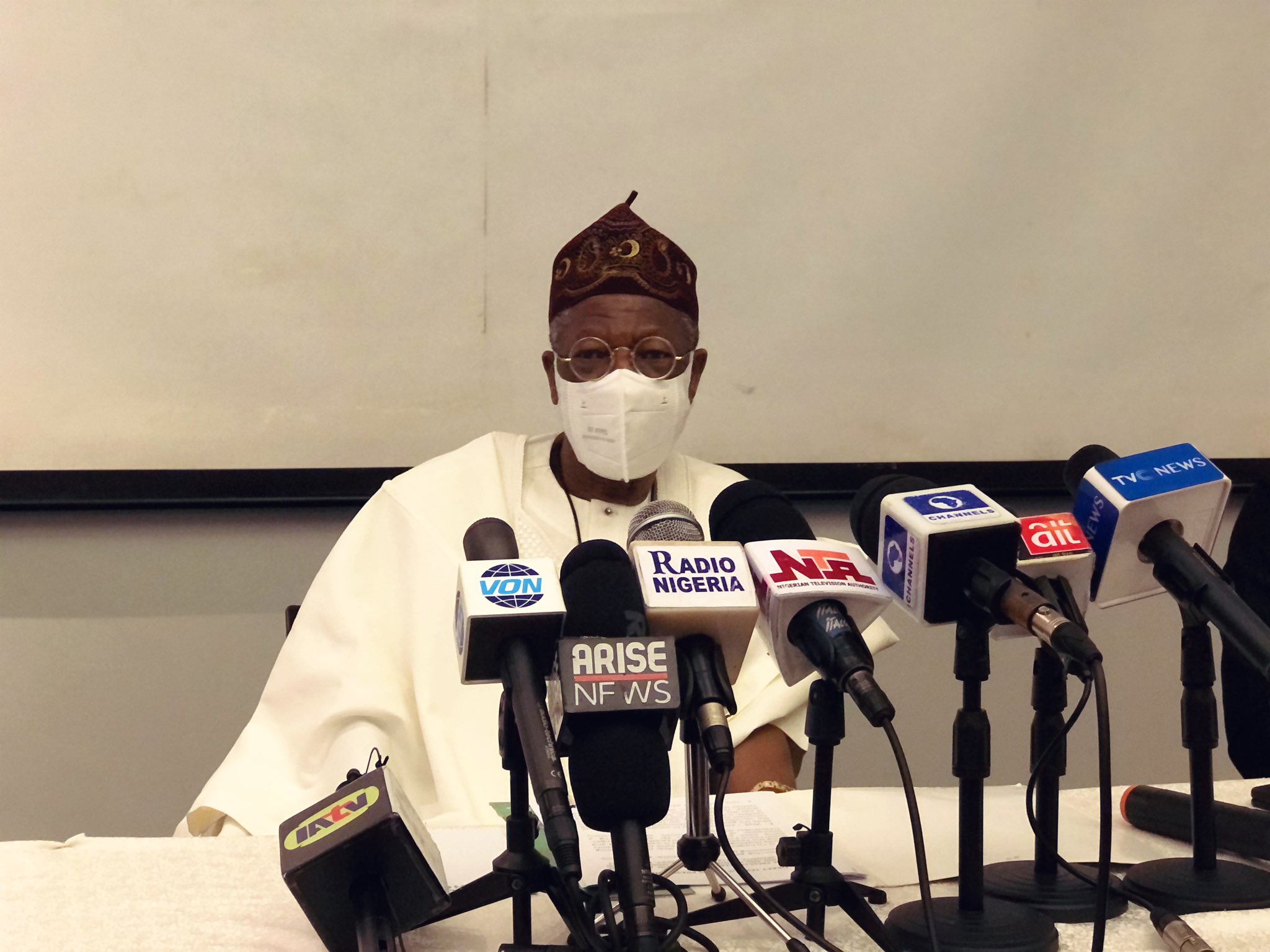 Militants and bandits who have been attacking security formations, killing and maiming soldiers, police and customs personnel in different parts of the country will pay dearly for their actions.

Minister of Information and Culture, Alhaji Lai Mohammed gave the assurance at a press conference in Lagos on Monday, stressing that any attack on security men and women is an attack on the state and a declaration of war against the nation. He warned that “this will be countered with overwhelming force.”

Alhaji Mohammed said: “There is a growing dangerous trend, which I will like to
comment on. It is the practice of launching deadly attacks against the nation’s security personnel. Soldiers as well as the police, customs and other security agents have been killed and maimed in some parts of the
country in this growing trend of targeting security forces. I want to say, unequivocally, that any attack on our security men and women is an attack on the state and a declaration of war against the nation. It follows, therefore, that this will be countered with overwhelming force.

“When those whose responsibility it is to protect us are themselves being subjected to mindless attacks, it can only be for one
reason only: To instil fear and evoke a sense of pervasive insecurity among the people. Whether known or unknown gunmen, those engaged in this dastardly act will pay dearly for their actions.”

He said the security challenge in the country has made many conclude that the Federal Government is overwhelmed and clueless, adding that some have gone as far as taking a treasonable stance of suggesting truncation of the democratic order.

The minister assured Nigerians that while the Federal Government acknowledges the security challenge, “it is definitely not overwhelmed and indeed it has the wherewithal, as you will see in the days ahead, to confront the challenges headlong and restore law and order, peace and security.”

According to him, one of the most difficult things to do, for a democratically-elected government, is to use the instruments of coercion against its people.

“For example, while the nation’s military has superior firepower over the ragtag band of Boko Haram and ISWA, the terrorists most often than not operate among the populace, either in our villages or towns, hence the military, in tackling them, is usually careful to avoid collateral damage.

The meeting, he stated, came out with resolutions, which had been taken to the National Economic Council, chaired by Vice President Yemi Osinbajo, and which also includes all the state governors.

“As a prelude to adopting the recommendations, the NEC has
directed all state governors to organize state-wide consultation on
them, and then revert to the Council in its next meeting.”

He also recalled that Attorney-General
of the Federation and Minister of Justice has announced that the Federal Government is set to prosecute 400 suspects arrested for allegedly funding terrorism, adding that, “This is unprecedented and it’s a testament to the government’s determination to decisively tackle terrorism and other violent crimes.

While the government continues with the efforts to restore peace and security, the minister appealed to Nigerians to play their part in lowering the palpable tension in the polity as a result of the security challenges.

Sallah: Secondus urges Muslims to pray for sincere leadership to save Nigeria