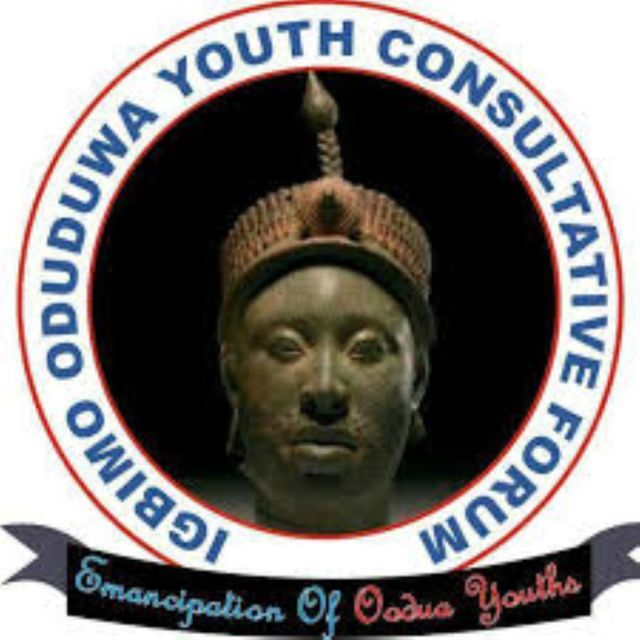 Share
Oodua Consultative Forum (OCF), a Yoruba socio-cultural group, says it is ready to contribute its quota toward peaceful coexistence among Nigerians.
The group, led by its National President, Mr. Oyemade Adebisi, made this known in Abeokuta on Saturday when it paid a visit to the Alake and Paramount ruler of Egba Land,  Oba Adedotun Gbadebo.
Adebisi, who said that the group was  a Yoruba non-governmental organisation registered by Cooperate Affairs Commission,  emphasised its readiness to contribute to the growth and development of Nigeria.
According to him, the security of the Yoruba race is of paramount importance to the group.
He said that in view of that disposition, the group would go round schools to promote the Yoruba culture and tradition among the youth.
He added that the group was ready to cooperate with all tiers of government while ensuring harmonious and peaceful relationship with other socio-cultural groups in the country.
READ ALSO: Mr. Nigeria among top 5 best talents at grand finale of Mr. World in Philippines
“Oodua Consultative Forum is a socio-cultural organisation` fighting` for the restoration of the Yoruba culture, tradition, economy, and political dignity.
Related Posts

“The group also promotes the spirit of unity, equity, peace, and progress among ethnic groups in Nigeria and is out to also engender one indivisible Nigeria,” Adebisi said.
Adebisi expressed appreciation to the paramount ruler for contributing his own quota to the growth and development of Ogun State and the country in general.
In his response, the Alake of Egba Land advised the leadership of the group to uphold the culture and tradition of the Yoruba.
Gbadebo averred that peaceful coexistence between the tribes and different ethnic groups in Nigeria would go a long way toward the continuous growth and development of the country.
The monarch urged the group to participate in the February 2020 Lisabi festival in Abeokuta.
He said that he would be present at the official inauguration of the forum in Abeokuta on September 7. (NAN)

Biarritz in lockdown as G7 summit begins at French resort