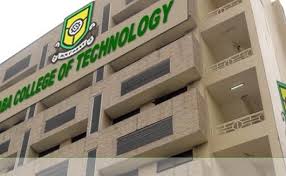 The Academic Staff Union of Polytechnics (ASUP), Yaba College of Technology Chapter, has directed its members to suspend the ongoing withdrawal of services from Part-Time programmes with immediate effect.

The decision was reached at the end of the union’s regular congress convened to discuss the Part-Time issues in the college on Friday.

Mr Nureni Yekini, Chairman of the chapter, gave the directive as part of the resolutions reached at the end of the congress which he made available to the News Agency of Nigeria (NAN) in Lagos.

Yekini said the congress resolved that the ongoing withdrawal of services from Part-Time programmes be suspended and all academic staff should resume lectures on Aug. 16.

“The decision above was reached after extensive deliberation of the management’s compliance to the demand of the union, especially on `amputated’ payment and other claims like project supervision, administrative claim and others.

“Meanwhile, we have agreed to compile the outstanding claims and submit to the management through the Deans of the various schools for payment to be made as early as possible.

“We hereby, suspend the ongoing withdrawal of services from Part-Time programmes with immediate effect,” he said.

NAN reports that the union had on July 28, announced the withdrawal of its services from the Part-Time programmes in the college following a shortfall in the payment of wages and allowances to its members by the institution’s management. (NAN)

Energy experts give reasons for under-development in Niger Delta

Goalkeeper headache for Klopp after freak injury to Adrian