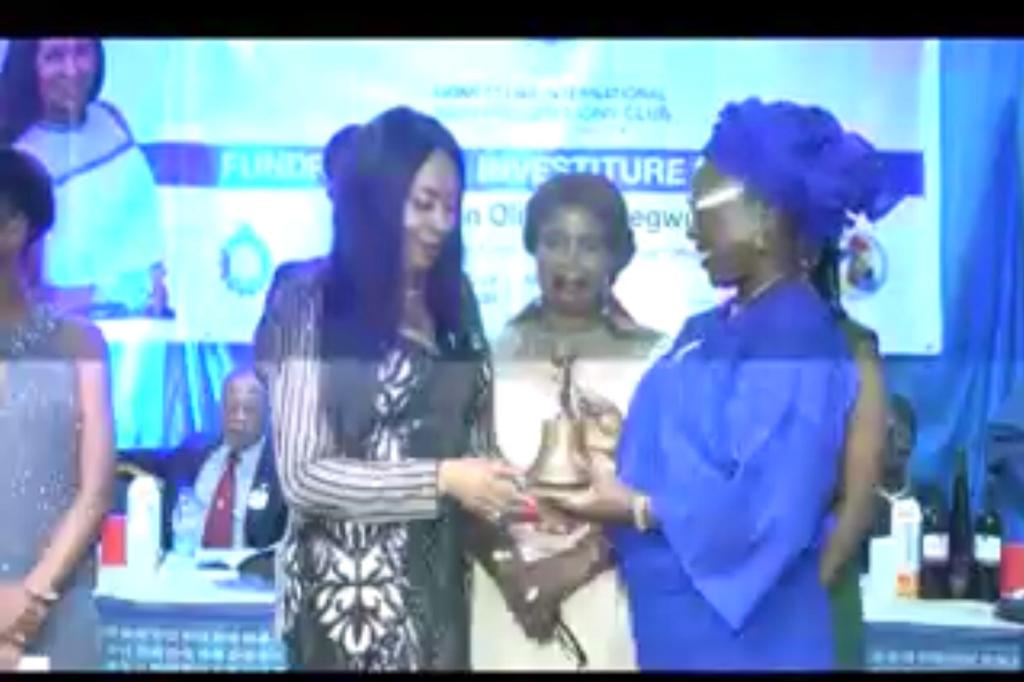 As part of its corporate social responsibility, the Yaba Golden Lions Club, a subset of the Lions Clubs International, has recently pledged to help a hundred Nigerians fight preventable blindness.

Newly-inducted president of the club, Lioness Olive Odimegwu, made this known at her investiture ceremony that was held, last Saturday.

According to her, “For the remaining of the Lion’s year, which ends in June, we have decided to make fighting preventable blindness our core project. We have put plans in place to sponsor 100 cataract surgeries at a highly subsidized price of N50, 000 per surgery. This amount includes the screening of the patients.”

She added that awareness will be created for the public to participate in the free eye screening exercise, from where those that require surgical operation will be shortlisted for the surgery that will hold between March and June.

With so much gusto, the president, in her acceptance speech revealed that she was ready to serve humanity the more being one of the things she is known for. She stated that the urge to reach out to the less privileged in the society and those in distress has strengthened her resolve and had kept her going for years.

Lion Adekunle Adedipe, the District Governor for District 404 A1 congratulated the president and urged her to pay attention to the five focal areas of lionism which include: sharing he vision, relieving hunger, protecting the environment, fight against diabetes and fight against paediatric cancer while striving to ensure excellence in service.

Also speaking, the region 3 coordinator, Global Leadership Team, Felicia Obilo, said that early diagnosis of cataract and immediate treatment (surgery) could help many from going blind. “It is a terrible thing indeed to be blind when it can be prevented. We have decided to fight preventable blindness, some people are blind out of pure ignorance. If you had an opportunity to fight blindness, would you do it?” she asked participants.

Obilo said the free surgery was part of the club’s vision programme to restore sight to the less privileged adding that it had even come at a subsidised rate as the usual fee for cataract surgeries is not less than N150, 000. She also said that apart from this, a month supply  of eye drops would also be provided to the beneficiaries.

Obilo also enjoined participants to imbibe Lionism which is mainly about service to others.