South African women wanted me to share my husband with them, woman laments 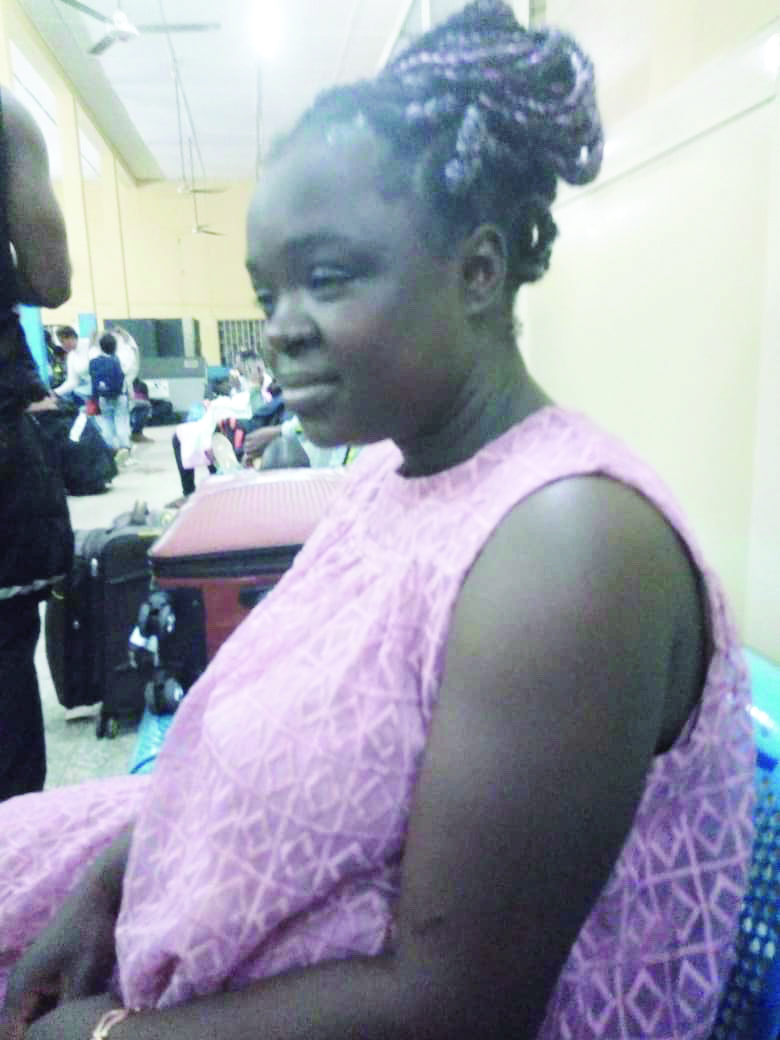 As the second batch of the over 300 Nigerians in South Africa, were flown home on Wednesday, following the recent the attacks on  Blacks by the South African nationals,  more shocking revelations have continued to emerge from the returnees, most of whom say they escaped death by a whisker.

The returnees, who were among those that had accepted the lifeline offered by Onyema Allen, owner of Air Peace, to bring them home at no cost, are still counting their losses.

Although they had gone to South Africa in search of greener pasture and better living conditions,  the sorrowful tales that trailed their return is proof that all that glitters is not gold.

The returnees spoke on their experiences in South Africa and count it a rare privilege to still be alive.

Among the returnees is  50-year-old Lateef Babatunde, who kept shaking his head in regret but was also full of appreciation to God for sparing his life to tell the story of his South African sojourn.

According to the Oyo State indigene: “My travail began when my children started gaining admission into tertiary institutions. I decided to travel to South Africa to work to raise more money.  Prior to when I traveled, I was a motorcycle dealer and business was doing well. I traveled to South Africa in February 2019 to work and make more money for my family, especially for my children’s education. Unfortunately, what I witnessed was far from what I expected. First, youths over there lack formal educational and vocational training or skills. They engaged in drinking and stealing. So, it is a dangerous country for a Nigerian to be.

“Sincerely I regretted traveling to South Africa. From the first day I stepped my foot on that soil, I realised I had made a mistake.  There was no work, as I was made to believe before I left Nigeria. Little wonder some Nigerians indulge in drug trafficking and robbery to survive. But  I prefer to come back home than risk being sentenced to jail. Everyone I ran to for financial assistance was unable to help, not because they didn’t want to help but because they didn’t have to help.

“For eight months I roamed the street of South Africa aimlessly and frustrated. I wanted to come back but there was no means to come back.  I am so grateful to Air Peace for giving me this opportunity because I really did not know how I would have come back home. Unfortunately for me, I sold my properties while leaving for South Africa. Now, I don’t know how to start all over again,” he lamented.

On her part,  Temi Laide, a single parent of two girls, who had been in South Africa for six years, said she lost her car in the last attack.

She said: “As a matter of fact, one of my cars was burnt down. It was burnt because I parked it at an Asian’s shop. With this singular act, I knew that I had had enough. Because if they are burning properties and killing people, nobody knows what action they will take next. I owned a beauty company back in  South Africa, where I sold skin beauty products. My company is registered and I pay tax. I stay in a quiet peaceful place but those who live in town are the ones that suffered more of the attacks.

“When I went to town two weeks ago, I witnessed how foreigners, including Nigerians, were killed. They want foreigners, especially Nigerians, out of their country because they believe Nigerians deal in drugs, prostitution, and all other vices. On the other hand,  cases of rape are rampant there. It is so bad that they can rape a pregnant woman, even a year-old child can be raped.”

For another returnee, a 37-year-old simply identified as Nkem,  she had travelld to the country to join her husband but expressed shock at what she discovered there.

According her: “I traveled there to meet my husband, who was residing there. But when I got there,  I discovered there was something called ‘sharing spouse’.  They don’t see it as a taboo sharing spouses.  South African women kept accusing me of being greedy and refusing to share my spouse. It is their women that chase our men, their women like Nigerian men.

“The problem in South Africa is that they are fighting for their business because they believe we have taken over their businesses. This recent crisis started on September 1, 2019, and it affected a lot of Nigerians living here.

My business was doing very well before the attack. I recently went to the market to stock my shop before this attack. My shop was looted during the onslaught. Because of the attack, we were locking our shops almost every day and running for our dear lives. It is not easy for Nigerian women whose husbands reside in South Africa.”

While advising those who still believe in greener pastures elsewhere, Nkem said: “My advice to Nigerians at home is to manage whatever they are doing because it is not easy out there. The discrimination in South Africa is  on another level. Even in some flats where you live, you suffer discrimination.”

The story is similar for Lawal Bolatito. His complaint is that of discrimination that characterised the South African society.

He said: “South Africans usually give foreigners temporary permits, which is an asylum. Unfortunately, you can’t do anything with asylum permits except for police not to arrest you. Still, they arrest people even when they have valid asylum.

“The major problem is that they feel that we are taking their jobs, their business, and their wives. Ironically they don’t have jobs. Most of us do menial jobs, which they usually refuse to do. Any country that doesn’t accommodate foreigners can’t develop. Although few Nigerians are into crime, doing illegal business and tarnishing the image of the country, that does not rule out there are good Nigerians, who earn a living legitimately. Sending every foreigner out of the country because of a few criminally minded individuals will cause the nation to suffer,” Bolatito stated

A pregnant woman, who identified herself as Moturayo, said she spent nine years in South Africa with nothing to show.

Narrating her ordeal, the mother of three said:  “I was in my salon when suddenly I saw about a hundred people, coming to my shop. They started looting my wares, scattered everywhere and stoned me and my kids. It was a very bad day. I fell while I was running.

“They damaged a lot of things in my shop and nothing was left for me. Two days after, which was September 3, they went to our house where we live and destroyed my car. So, I told my husband we can’t continue like this.”

On what her next line of action to survive will be, she said: “I don’t really know what to do. Most sincerely, my legs are really hurting me and I am still undergoing treatment. I feel so bad that after my struggle, all was for nothing. So, all that my husband and I worked for years was to return home empty-handed.”

Commending the gesture by Air Peace,  she said: “God bless the owner and management of Air Peace, who gave the free flight to Nigerians. I never knew he was an individual.  I thought it was the government, but when I discovered that it was a single individual, I was so shocked. I am so surprised that we still have people like this In Nigeria and I was so excited and full of joy. May God bless that man abundantly.”