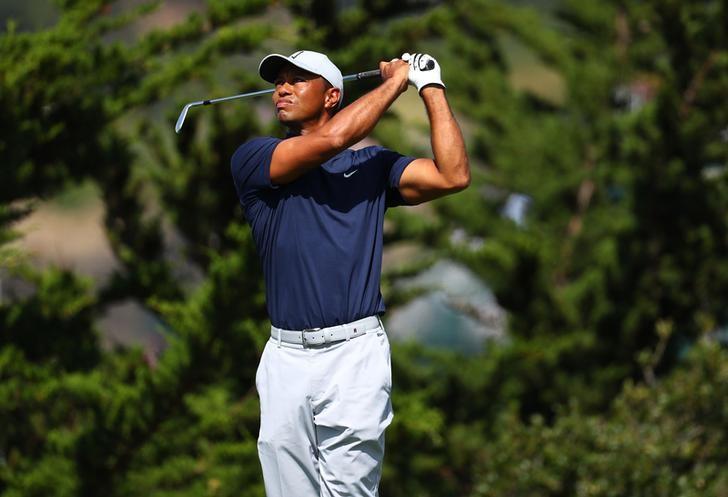 Tiger Woods frittered away his chance of winning the U.S. Open with a poor start to the third round on Saturday at Pebble Beach Golf Links, California in the U.S.

Though he battled back well to shoot an eventful five birdie, five bogey, even-par 71 but his chances are now few.

Woods posted an even-par 213 total that was likely to leave him too far back with one round left.

And this was the scene of the most brilliant of his 15 major victories, a 15-shot triumph in 2000.

After finishing his second round with two straight bogeys, Woods dropped shots at two of his first three holes on Saturday.

“I got off to a crap start …. and those are the easier holes,” he said, speaking as the leaders were still out on the course.

“And I had to try to fight back and claw out a round today, which I was able to do.”

Three late birdies left Woods clinging to a faint hope that all was not lost.

These had including a two-putt at the par-five 18th after he had smoked a fairway wood from 250 yards to the front of the green.

“Still gave myself a chance for tomorrow (Sunday) which is positive,” he said.

The 43-year-old, who underwent a spinal fusion two years ago, played down the presence of medical tape on the back of his neck on Saturday.

The tape is touted to relieve pain, though the jury is out on whether it is effective.

“When it’s cold like this everything is achy,” he said. “It’s just part of the deal. It’s been like that for years. The forces have to go somewhere.

“I feel every shot I hit. I think that’s always going to be the place from here going forward.”(NAN)