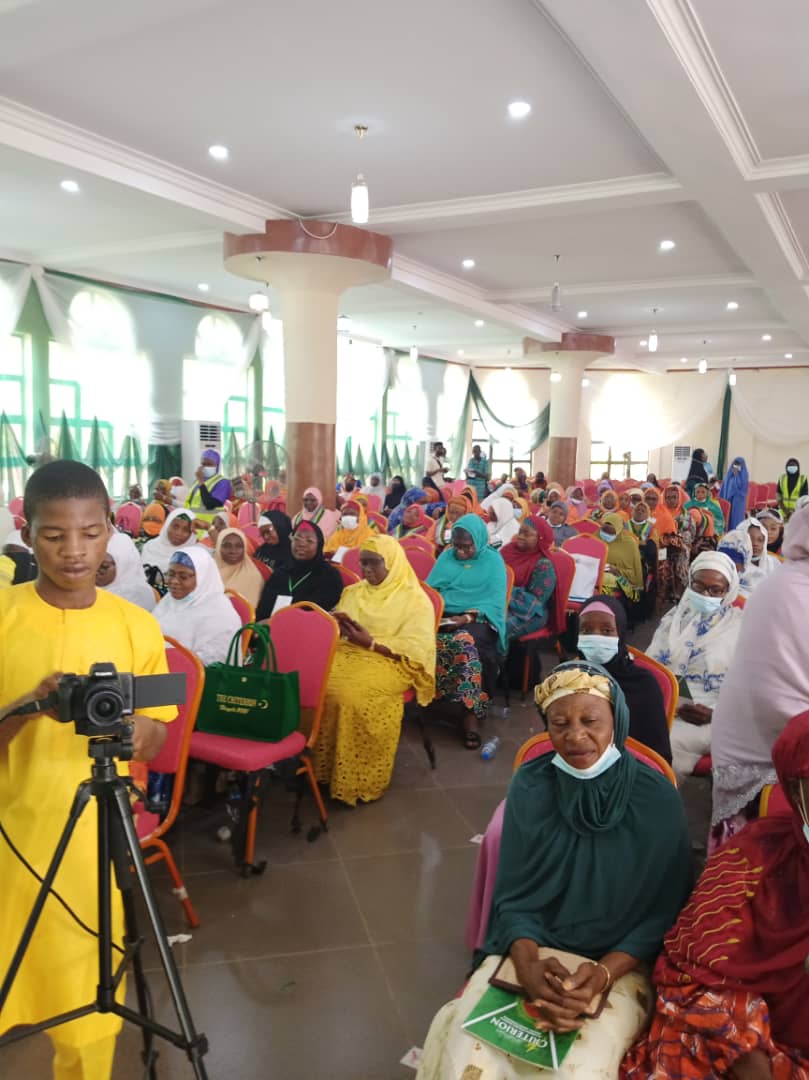 Sultan of Sokoto and President-General, Nigeria Supreme Council for Islamic Affairs (NSCIA), His Eminence Alhaji Muhammad Sa’ad Abubakar, has described the women as Nation Builders, tasking them to return to their duty on nation-building naturally assigned to them.

The Sultan, who is also Co-President of Council of the World Religions for Peace with headquarters in New York, United States of America (USA), threw the challenge during the opening ceremony of the Second International and 11th Biannual Conference of The Criterion, an Association of Muslim Women in Business and the Professions held at the University of Ibadan Mosque Event Hall, Saturday.

Represented by the Attah and Paramount Ruler of Aiyede Kingdom, Ekiti State, Oba Alhaji AbdulMumini Adebayo Orishagbemi, Arojojoye Abolokefa IV, the Sultan called on Nigerian women to return to their fundamental role of nation-building so that Nigeria’s dwindling family and national values may be restored.

The Sultan expressed the belief that the security challenges in the country could have been stopped through the right education, which he stated could only be offered in the home, expressing the conviction that, the best education that can remodel the society for better is better offered in the home and that the right teachers to impact such knowledge are the women, that is, mothers.

“It is therefore imperative, while they cannot be caged or pinned down away from taking part in the administration of state and building careers across the professions, that women, which The Criterion represents, must pay serious attention to their role of ensuring the home training because a child requires to be morally upright across endeavours in the society,” the Sultan said through his representative, Attah Orishagbemi.

READ ALSO: Sultan: We buried 76 people in one day in Sokoto

He, therefore, called on leaders of the country at all levels to work closely with traditional institutions, women and youth groups in the search for solutions towards regaining the family values and national integrity that are required to put the nation back on proper stage for peace, harmony and economic successes.

Giving his goodwill message earlier on behalf of the Sultan, Oba Orishagbemi had told the women of virtues, “You have performed excellently and I will tell His Eminence about this.”