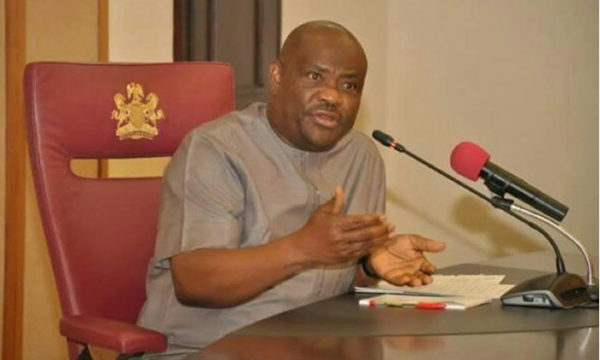 Rivers State Governor, Nyesom Ezenwo Wike, has assured the host communities of Oil Mining Lease OML11, that the Rivers State Government would defend their rights in any ensuing legal battle, over the oil facility acquired by the state government.

Speaking during a visit by the leaders of Ejamah-Ebubu Community of Eleme Local Government Area at the Government House Port Harcourt, Governor Wike commended the community for standing firm and fighting through established due process.

He explained that with the acquisition of the 45 percent stakes of SPDC on OML11, the Rivers State Government will extend some percentage of the stakes to the host communities to give them a sense of belonging. He commended Ejamah community for engaging in the legal battle for 29 years and refusing to be swayed by financial proposals by SPDC.

“While I remain Governor, one thing I will never do is sell the interest of our people. The property of Shell Petroleum Development Company were auctioned and the Rivers State Government bidded and acquired them. There will be legal battles. The Rivers State Government will stand for Rivers people. I am ready for the legal battle,” the governor said.

He promised that the interest of Rivers State must be protected at all times, noting that but for their fight, Rivers State Government would not have acquiried OML 11.

“OML 11 is not only for Ogoni, it extends to Okrika, Andoni, Oyigbo and Ikwerre. Any community linked to OML11 should be eternally grateful to you. I know some communities that only N300million will change them. Your refusal to collect N7billion led to the auctioning of Shell Interest.

PDP is the party of choice for Bayelsans –Okorotie

The godfather, godson feud over the soul of Edo