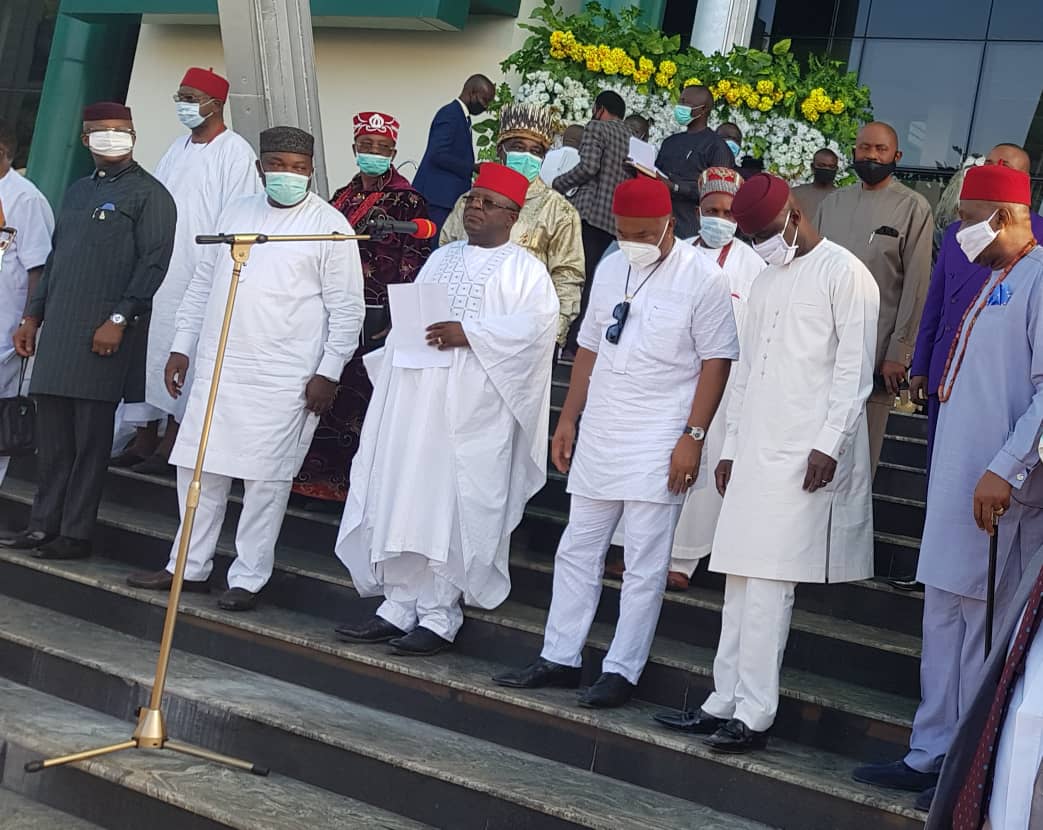 Anthony Iwuoma
Governors of the five South-east states and the apex Igbo socio-cultural group, Ohanaeze Ndigbo, have rejected the implementation of community policing programme of the Inspector General of Police (IGP), Mohammed Adamu, in the region.
They announced their decision after the South East Governors’ Forum yesterday at the Enugu Government House, which had the leadership of Ohanaeze Ndigbo, in attendance.

According to them, Adamu reneged on the mutual agreement reached during South East Security Summit in February where the IGP had agreed with the zone on many things, including the involvement of the governors in the recruitment of personnel for the community policing.
However, in a communique at the end of the meeting yesterday, which was read by the Chairman and Governor of Ebonyi State, Dave Umahi, the governors said: “On the community policing, the recent communication from the IGP to our governors on community policing composition is not in keeping with the agreement we reached with him during his last visit to the South East.”
They urged the IGP to respect their initial agreement reached on Community Policing at Enugu.

“We cannot begin implementation of it until the programme reflects our earlier agreement and the IGP to revert to our initial agreement reached at Enugu.”
They have, therefore, directed the Houses of Assembly in the zone to enact security laws in line with the South East Joint Security programme.

“The forum agrees that all South East States House of Assembly should commence the process of enacting the state security laws in line with the South East Joint Security Programme,” Umahi added.