Why we demolished structures in Kaduna—- KASUPDA 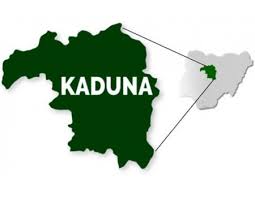 Kaunda State Urban Planning Development Agency (KASUPDA) says it embarks on massive demolition of structures, across the state, for the expansion of roads under the State Urban Renewal Programme.

Mr. Omega Jacob, Director, Urban Planning and Research of the agency, made this known to the News Agency of Nigeria (NAN) on Thursday in kaduna.

He said the demolition also aimed at providing modern infrastructure in the state capital to boost economic development.

According to him, the demolition is also to pave way for the dualisation of  WAFF road, from NEPA Roundabout to Essence Junction, Alkali road and Isa Kaita road under the project.

Jacob said the dualisation of the roads would affect some shop operators along those roads who were issued temporary allocations and expected to quit when development comes to such areas.

“There is no form of compensation to the shop operators as they were issued temporary allocations which were not renewed this year.”

“Several shops have been earmarked and owners given quit notice as stipulated by the law. It is 21 days notice before demolition under the first phase, subsequently other shops will be affected.”

The director said the quit notice issued to over 100 shop operators by the authority were under the first phase, promising that other shops would be issued, subsequently, “to ensure that everyone gets a fair time to relocate.“

NAN reports that members of staff of the agency were seen earmarking and issuing quit notice to more shop owners at WAFF road.(NAN)

Access Bank splashes over N5.4bn to 15,000 customers in DiamondXtra promo