Why Nigerian banks should re-capitalise 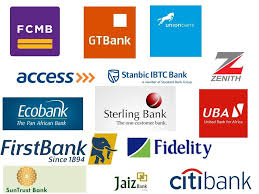 Areas of emphasis in the Emefiele plan, include achievement of a double-digit GDP growth in the next five years, bringing down inflation to single-digit, improving the   payment systems infrastructure and driving financial inclusion to 95 per cent by 2024. Others are maintaining the existing exchange-rate policy regime and recapitalisation of the banking industry.  While the Emefiele agenda should be lauded for its holistic approach in firming up the country’s monetary policy and setting the economy on the part of growth, one most striking policy thrust in the entire gamut, however, is the proposed recapitalization of Nigerian banks within the five year period the plan is envisioned to span.

The policy, if well implemented and coordinated, would again see Nigerian banks rubbing shoulders with the top 500 banks in the world.  For one, the capital bases of most Nigerian banks have been eroded, making it difficult for them to finance large ticket transactions. The depreciation of the naira had also affected them adversely.

The CBN governor had alluded to this in his speech last week Monday in Abuja during the unveiling of his five year economic agenda.  According to Emefiele, the drop in the value of the naira to the dollar had weakened the capital base of banks.

He recalled that in 2004 when the banks were last recapitalised, the value of a dollar to the naira was about N100. This, he explained, meant that the N25 billion capital base of banks then when translated into the dollar was about $250 million. However, due to the drop in the value of the nation’s currency which now exchanges for N360 to a dollar, the governor put the translated value of N25 billion at just about $75 million.

Going by this, it, therefore, means that the value of the capital of each bank had been reduced by $175 million. Based on the number of Deposit Money Banks in the country which today is about twenty, the total value of the capital base may have been eroded by about $3.5billion.

He said, “In the next five years, we intend to pursue a programme of recapitalising the banking industry so as to position Nigerian banks among the top 500 in the world. Banks will, therefore, be required to maintain a higher level of capital, as well as liquid assets in order to reduce the impact of an economic crisis on the financial system.  It also helps to increase the banking industry’s capacity to take on large transactions. And those are some of the things we badly need today.

“So what we are trying to say is that the recapitalisation has weakened and there is a need for us to say it is time to recapitalise the banks again.”

The recapitalization of Nigerian banks has become urgent as it would have far reaching implications for the institutions and the entire financial sector.  Nigerian banks are at present facing crisis resulting from harsh macro and micro-economic environment that have restricted their operations.  Apart from such negative variables in the economy as low oil prices, illiquidity in the system, growing non-performing loans, foreign exchange crisis,  inflation and the introduction of the Single Treasury Account (TSA), other challenges such as unimpressive profit margins and low capital adequacy ratio, coupled with poor corporate governance practices have had a negative effect on Nigerian banks.   The bad situation in the industry has also resulted in poor earnings for some banks with many offloading both local and offshore assets in order to shore up earnings. So the only way forward for the banks is recapitalization.

CBN had in 2014 classified Nigerian banks to reflect their performances. Eight banks were then classified as systematically important banks (SIBs). The CBN went further to issue a framework for the operations of the banks.