Why Fitch reversed Nigeria’s outlook to ‘B’ stable rating 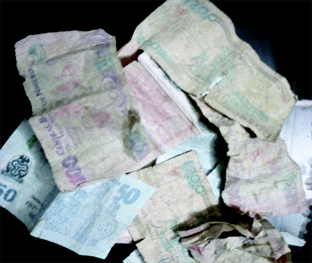 Fitch predicated its current rating on decrease in the level of uncertainty surrounding the impact of the global pandemic shock on the Nigerian economy.

It also sees stability in oil prices, easing of global funding, relaxation on domestic restrictions on movements and opening of the manufacturing space.

According to Fitch, Nigeria has navigated external liquidity pressures from the shock through partial exchange rate adjustment combined with de facto capital flow management measures and foreign-currency (FC) restrictions, while disbursement of external official loans has supported the level of international reserves.

Fitch also said that Nigeria’s Central Bank has continued to prioritise exchange rate stability over other policy goals, adding a 6% depreciation in March of the Investor and Exporter (I&E) exchange rate at which most FC transactions are carried out fell short of fully correcting the naira’s appreciation by about 35% in real terms between mid-2016 and February 2020.

It added that steep real appreciation has been driven by persistent double-digit inflation, which has offset gains from the devaluations in 2016 and 2017,” noted the agency.

Analysing the position of Fitch on its recent rating of Nigeria, finance experts are of the opinion that the broad stability of the I&E rate since end-March has been mostly achieved through a severe contraction in foreign currency supply, illustrated by a drop in the average value of daily transactions on the I&E window by 87% in April-August relative to the 1Q20 average.

They said the tightening of foreign exchange supply for trade and financial transactions could harm growth and exacerbate inflationary pressures, driving further misalignment of the naira’s real exchange rate. Inflation accelerated to a 29-month high of 13.3% in August and is expected to average 13% over the full year, well above the forecast ‘B’ median of 5%.

According to analysts at Proshare; “we understand that the stock of outstanding non-resident holdings of CBN open-market operation (OMO) bills was around USD10 billion in August. Non-resident investments in short-term money market instruments amounted to USD27.7 billion at end-2019, equivalent to 72% of international reserves at the time, more than half of which were in OMO bills.
READ ALSO: https://www.thexpressng.com/2020/10/07/new-facebook-features-for-marketers/

According to them, Nigeria will record a Current Account deficit of 3% of GDP in 2020 (forecast ‘B’ median: 5%), versus a 4.2% deficit in 2019, as the contraction in imports and lower outflows of investment income offset a decline in both hydrocarbon exports and remittances (6.5% of GDP in 2017-2019).

The CA, they said, “will revert back to balance in 2022 under our baseline driven by import compression from weak domestic demand and tighter FC restrictions on a wide range of imports. Hydrocarbon exports will also be lifted by the gradual recovery in prices and a rise in oil extraction volume as production caps under the ongoing OPEC+ agreement expire.

“The ‘B’ rating also reflects weak fiscal revenues, comparatively low governance and development indicators, high dependence on hydrocarbons and a track record of subdued growth and high inflation. These rating weaknesses are balanced against the large size of Nigeria’s economy, low general government (GG) debt relative to GDP, small FC indebtedness of the sovereign and a comparatively developed financial system with a deep domestic debt market,” said the analysts.

The Nigerian economy has been forecast to contract by 3% in 2020 (forecast ‘B’ median: -2.6%), its sharpest decline in 37 years while Oil-GDP will be affected by productions cuts under the OPEC+ agreement despite some slippages in earlier months while non-oil activity will be weighed down by spillovers from the oil sector, restrictions aiming to halt the spread of the covid-19 pandemic and  foreign exchange scarcity.

Nigeria’s GDP is projected to grow by 1.3% in 2021 and 3% in 2022 (forecast ‘B’ median: 4% and 4.6% respectively), assuming an easing of disruptions from the health crisis, a slow recovery in oil prices and adherence to OPEC+ production caps.