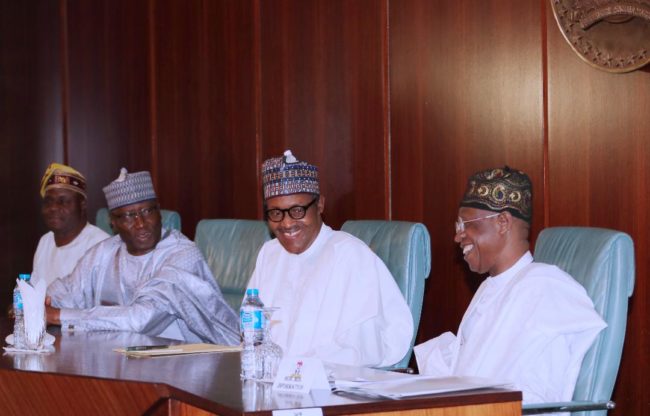 Minister of Information and Culture, Alhaji Lai Mohammed, has said that President Muhammadu Buhari deserved second term election because, in the past three and half years, he has impacted positively in the lives of Nigerians.

The minister who was a guest on Channels Television programme “Politics Today” on Sunday night said the President had leveraged his legendary integrity and acumen in managing resources both human and materials to reinvent governance.

He stressed that President Buhari had delivered on the three campaign promises he made which were, fighting corruption, tackling insecurity and revamping the economy.

“Today, under President Buhari, Nigerians can dream and hope because he has rebranded governance and put the country on the path of sustainable growth and development.

“He is investing in infrastructure and reinventing the most ambitious social programme in the history of the nation.

“Above all, he has brought honour and respect back to the country and fighting all sorts of insecurity in the country,” he said.

Reacting to the allegation of non submission of the President’s certificate to INEC, the minister said it was “a non issue and a mere distraction.”

“We have moved beyond that. Let me quote what former President Olusegun Obasanjo said in 2015 during this saga of the President’s certificate.

“Obasanjo said that it is an insult on a man, who rose to the echelon in Nigeria Army, attended the War College in the US and Staff College in Nigeria, for anyone to start asking whether he has a certificate or not.

“I think I want to rest this case on that because it is a non-issue,” the minister said.

Speaking on the President’s health, Mohammed said that the President had fully recovered and fit to discharge his duties.

The minister also said they were not worried by the endorsement of Alhaji Atiku Abubakar, the PDP presidential candidate, by Obasanjo because “it is Nigerians that will decide who will govern them.

“It is Nigerians that are going to vote at the 2019 elections.

“They will make a choice between going back to the era of inefficiency, looting, decay in infrastructure and the era of integrity, when the economy is being revived and insurgency is being tackled.

“It is not what Obasanjo says that matters because I am sure Nigerians will make the right choice,” he said.

The minister also denied the allegation that the government was intimidating the opposition.

He expressed the confidence that President Buhari would be reelected in 2019 because of his track record.