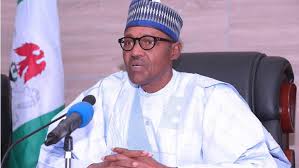 The Presidency on Wednesday defended President Muhammadu Buhari’s decision to read from a prepared text in response to a question while serving as a discussant at the United Nations Climate Action Summit 2019.

The session took place in New York on September 23 as part of the ongoing 74th Session of the United Nations General Assembly.

Buhari was among the panelists that included Fiji, the Netherlands and the Bank of England, drawn to discuss the topic, “Towards a Resilient Future: Announcement of Plans to Mainstream Climate Risk in Decision Making.”

The moderator at the session, asked Buhari, “President Buhari, Nigeria has a very young population; perhaps you might highlight what a pathway for a resilient future looks like?”
READ ALSO:Lagos police seek community partnership in crime fighting

Rather than speak off hand, the Nigerian President read from a prepared text, an action that set Twitter buzzing, suggesting that Buhari could not address the issue without using a prepared text.

But, the Presidency hit back at the commentators, saying that the primary purpose of the session was to elicit responses from the panelists on their plans for the future.

It added that Buhari did just that in his speech, which dwelt on Nigeria’s plans, a response the Presidency insisted, adequately addressed the moderator’s question.

It explained, “The goal of the panel was to elicit ‘announcements’ from the panelists on behalf of their respective countries: Fiji, Nigeria, Netherlands, the Bank of England, etc. In other words, panelists were billed to deliver remarks announcing their country/organisation plans to build a resilient, climate-sensitive future.

To address the theme of the event, President Buhari chose to deliver prepared remarks And most importantly, he touched on the issues re: mainstreaming climate action for the future and for the young people of Nigeria.”