Who will help tell PMB cattle-rearing is not a state enterprise?

Revisionism and gerontocracy are not parallel lines. It can happen to any country. Every once in a while, democracies elect senior citizens as presidents. What will be hard to explain to the generation next is that we have ended up with a retrograde. Who did this to us?

How Nigeria, blessed with resources, could end up being the butt of jokes, not only on the international scene but also at the drinks joints all around, beats the imagination.

Today, it seems everything coming out of our country is one huge joke, to the extent that almost every statement from the Presidency and government, in general, ends up a comic relief, on and offline.

So, what is the joke at the moment, even in the midst of a very harsh economy? Buhari’s cousins in the Niger Republic. Haa! What about his cousins? And the next thing is that they are reasons for President Muhammadu Buhari’s administration’s provision of major infrastructures to the Niger Republic even when Nigeria hardly boasts of much.

Nigeria’s unemployment rate in 2021 is estimated at 32.5 per cent, a figure that is projected to increase further in 2022. So, there are so many angry Nigerians. Go figure.

Under these circumstances, justifying what sounds like developing another country to the detriment of yours just for the fact that the President has blood relatives in a neighbouring country sharing his ethnic/cultural beliefs is not likely to be a subject that will attract positive discussion.

If you are still lost as to what this is all about, here it goes.

During a recorded interview with a Nigerian satellite television station, a very rare occurrence for Buhari, who for the past six years in the presidential saddle, has granted no interviews to any local media, the president shocked a lot of Nigerians with a revelation. A president who rarely talks directly to his subjects revealed a lot on camera.

In that rare outing, the president answered why his government is funding projects directly beneficial to Nigériens even when the state of infrastructure in Nigeria is so deplorable. “There are Hausas, there are Kanuris, and there are Fulanis in the Niger Republic. We can’t cut them off.”

And boom, like a whirlwind, that statement went viral with many Nigerians concluding, or rather affirming their long-held position that the president they have since termed a nepotistic one, would rather execute meaningful projects for his ‘cousins’ in the Niger Republic than for us. Now, the term, “the president’s cousins” is a major joke of the Woke generation.

Despite the president’s attempt at explaining the construction of major rail and road projects connecting Nigeria and the Niger Republic, which, he said, was basically on the imperative of Nigeria’s cordial ties with her neighbours for the sake of security, the joke about town is that of him doing everything to satisfy “his cousins” in the Lake Chad region, even if it means trading Nigeria off in the process.

But the president’s explanation went beyond that. He went on to say that with the discovery of oil in the Niger Republic, his administration wants the country to take its products for export through Nigeria, rather than through the Béninois ports, thus the need for the construction of roads and rail lines from Nigeria to Niger. Some economic sense here, but….

Beyond joking, hearing directly from the president of his approval for open grazing of cattle across the country must have left a sour taste in the mouths of many Nigerians. Even as this position may not have come as a surprise to many, that he fell short of scolding the 17 southern governors for banning that anachronistic livestock method in their respective states seems to give an impetus to the impunity with which the armed Fulani herdsmen go about inflicting violence on native communities, killing and maiming innocent Nigerians.

It also goes to confirm the claim by Amnesty International that the failure of the Nigerian authorities to investigate communal clashes and bring perpetrators to justice has fuelled a bloody escalation in the conflict between farmers and herders. This is an ugly development that has resulted in at least 3,641 deaths in the past three years and the displacement of thousands more.

In a new report, “Harvest of Death: Three Years of Bloody Clashes Between Farmers and Herders”, Amnesty International records that 57 per cent of the 3,641 reported deaths occurred in 2018. The report also claimed that security forces were often positioned close to the attacks, which lasted hours and sometimes days, yet was slow to act. It added that in some cases, security forces had prior warning of an imminent raid but did nothing to stop or prevent the killings, looting, and arson. 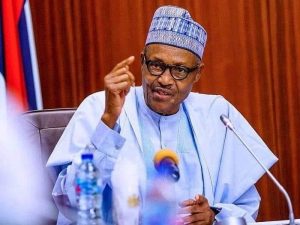 The AI report asserts that the Nigerian government has displayed what can only be described as gross incompetence and has failed in its duty to protect the lives of its population and end the intensifying conflict between herders and farmers. It equally notes that the authorities’ lethargy has allowed impunity to flourish and the killings to spread to many parts of the country, thus inflicting great suffering on native communities who already live in fear of the next attack.

“Our research shows that these attacks were well planned and coordinated, with the use of weapons like machine guns and AK-47 rifles. Little has been done by the authorities in terms of prevention, arrests, and prosecutions, even when information about the suspected perpetrators was available,” the report states.

The position of the human rights watchdog in the said report reflects the views shared by many Nigerians, who feel that the herdsmen have been emboldened by the apparent kid-glove treatment of their acts of terror. Watching the president show any form of support to a development capable of promoting such acts of criminality is to say the least very worrisome.

If you attentively watched the president’s interview with Arise News, you must have noticed the indignation for the southern governors’ resolution to ban open grazing.

The President expressly countered their resolution, emphasizing that the Federal Government through the Attorney-General, Abubakar Malami, would begin the process of recovering land from persons who have converted cattle grazing routes to other uses.

He said this was because the grazing routes were designated in the First Republic when “Nigerians used to obey laws.” The president was angry that those grazing routes had been converted with modernization and as the population grew.

Hear him: “What I did was ask him (Malami) to go and dig the gazette of the First Republic when people were obeying laws. There were cattle routes and grazing areas. Cattle routes were for when they (herdsmen) are moving upcountry, north to south or east to west, they had to go through there.”

Now, if you are still looking for why Nigeria keeps sliding backwards instead of moving forward, here you have it. With a president, who, in this age and time, still talks of the primitive mode of cattle rearing and how any structure that blocks such routes would be uprooted, among other outdated reasoning, really says a lot about the fate of the country?

There is no doubt that the modern way to go is ranching, which, to a large extent, guarantees the security of both the livestock and the herders. Ranching curbs cattle rustling and as such makes for peace in the society. But it would appear our president and most of the herders in the country are not thinking in this direction.

Most Nigerians, however, would not want to live in the past with them and are therefore faulting any attempt aimed at exhuming a gazette that allows for cattle to freely move about from one end of the country to the other and in the process, destroying crops and livelihoods of other people.

Most shocking is that the man that ought to take the president through the legal implications of such developments or pronouncements is equally sounding more out of place.

Or how does one explain the fact that the Attorney-General of the Federation and Minister of Justice, who is also a senior advocate of Nigeria (SAN) would similarly argue that the position of southern governors on open grazing amounts also to governors in the north banning the sale of spare parts in the North, a TRADE that is synonymous with southerners?

It will not be out of place, therefore, to say that the president is not in tune with modern ways of doing things. And the danger is that he is not willing to adapt. Otherwise, he will not be talking of exhuming a gazette of the 1960s that has no place in the present-day lifestyle.

And to think the President lacks the legal and constitutional powers to revive the old grazing routes anywhere in the country, neither does he have any power to direct the implementation of any law that was alien to the country’s legal books, raises the question as to who is advising him, if at all he listens to advice. This is so because the issue of grazing routes was not known to the Nigerian constitution.

Clarifying this position is Dr. Ajibola Basiru, Senator representing the Osun Central Senatorial District and holds a doctorate in Property Law. In his capacity, and not speaking for the Senate, he told a national daily, recently that the gazette, which Buhari was referring to, was a product of a decree promulgated in the northern region in the 1960s.

Interestingly, the Land Use Act, which is recognised by the Nigerian constitution, had since rubbished the so-called grazing routes gazette, having transferred to state governments the sole power to legislate on the use of land for any purpose, including grazing.

In any case, it would seem that it is only governors of the northern part of the country that could individually make laws to identify grazing routes because the gazette, which Buhari referred to, had become obsolete.

So far, the 17 southern governors are sticking to their guns. On the ban on open grazing they stand! Chairman of the South-South Governors’ Forum, who is also the Delta State Governor, Ifeanyi Okowa, for instance, has said that as of 1963 (when the gazette the president was talking was put in place), Delta State had not been created and therefore has no such law.

Virtually all the 17 southern governors are challenging the Federal Government to show them any grazing route in their states or a document to that effect, if it exists. And we are even talking when the population of the country was 60 million as against over 200 million that it is today.

So, who will tell our president that cattle-rearing is an individual business and not a government business? Is there any particular reason why this government is hell-bent on being involved in private business?

Isn’t it a general and acceptable practice that those doing their private business should look for how they could do so successfully and efficiently without encroaching on other people’s businesses?

As it were, the situation is more precarious than we may have imagined. Therefore, and as Basiru would suggest, rather than criticize the president for the gazette, Nigerians should worry more about whether the President is getting the correct legal advice from the Attorney-General’s office since there is nothing like grazing routes or grazing reserve law in Nigeria.