Who is President Buhari? 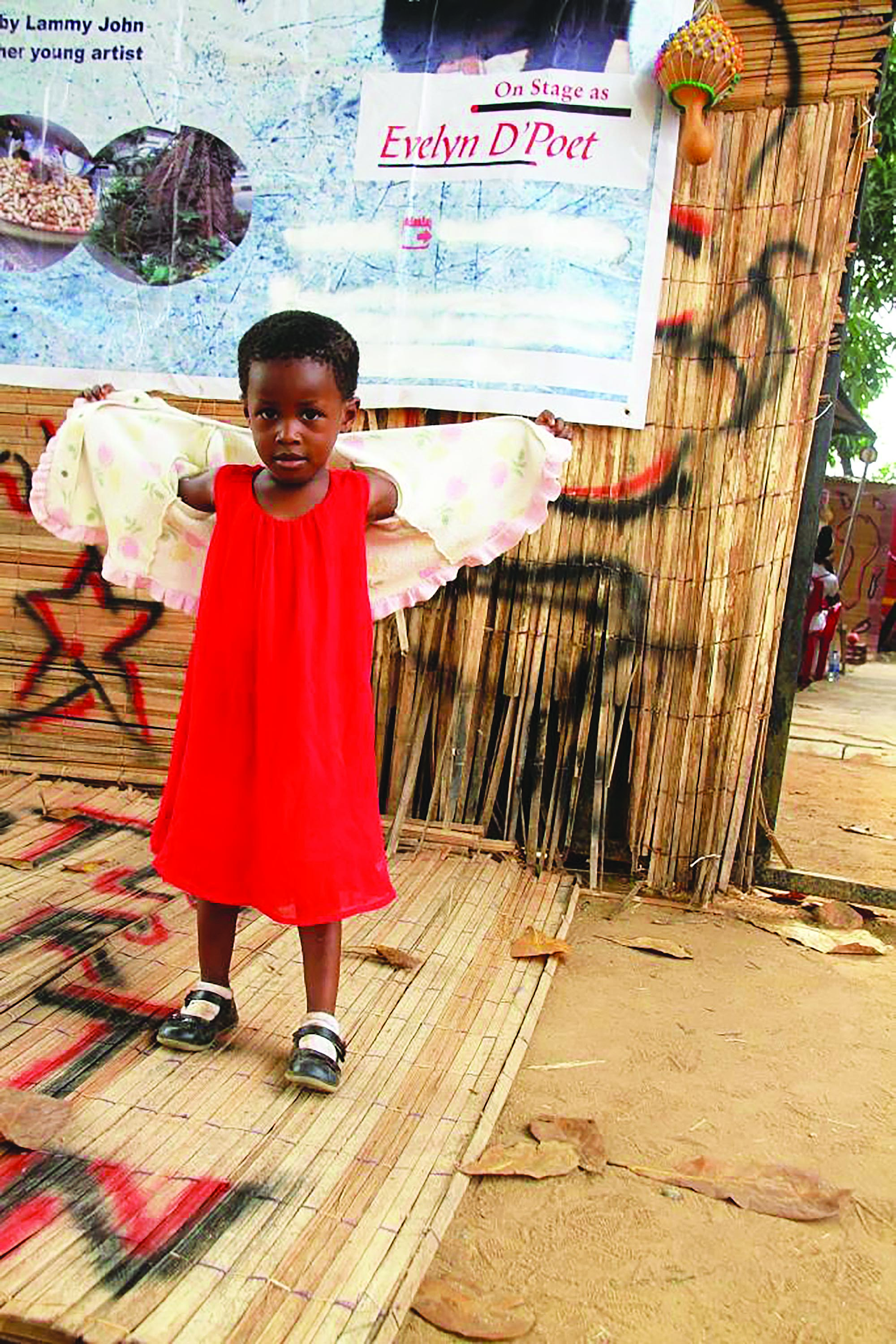 The event was an arts exhibition put together recently by Evelyn Osagie, a journalist, at the Parliament Bar, Jakande Estate, Isolo.  It was the third edition of the Words Meets Images series, featuring open-air poetry performances and other outdoor art exhibition held on February 14, 2019

It was dual event to celebrate Lovers’ day with the Together Series Show and the other themed “Vote with ink, not blood”.  The second exhibition was a build-up and awareness campaign towards violence-free elections.

The event, chaired by Ben Tomoloju, an art veteran, attracted a large audience. The mood was understandable. The political campaigns were over. It was just two days to the 2019 presidential elections scheduled for February 16. There was palpable tension in the air. People had prepared and stockpiled for the coming days because of the elections.

READ ALSO:Gone with the polls

I met Esther, who had come to the show with her mother. Esther was about three and half years old. She was everywhere. Happily, she jumped around, playing with almost all the members of the cast and crew of the theatre group that was billed to perform.

It was also Valentines’ Day. Love was in the air. Lovers professed their feelings, whether it was laced underneath with some tissue of lies or clothed in plain truth, but it was Lovers’ Day, after all, ladies were clad in the traditional colour of red.   Although, Little Esther was also beautifully dressed in a little red dress worn over a floral jacket, she had no inkling of the significance of the day or what her red dress stood for. She couldn’t be bothered about the hues of the Valentines’ Day.

She caught my attention for many reasons. Here she was in the midst of adults, bubbling and jumping playfully. She was so free spirited. She had no boundaries. Everyone was her friend. She was in her world, quite oblivious of the happenstances around her. Whatever issue that ailed the Nigerian nation at that point wasn’t her business. She was oblivious of the political or socio-economic burden. She didn’t care who the president is, after all. She didn’t even worry about the electoral issues of which the event was being organised. She probably wasn’t even aware that she was in an entirely different area from her place of residence. All that mattered was her happiness. Anything that would interfere with her peace at that point would be resisted.

We struck a friendship when she came to me for water. Many times afterwards, she would come to me, played around and ran off. Her world was completely different, a world devoid of politics.

READ ALSO:Why you may be at risk of having glaucoma

For me, Esther, my newfound friend, was the star of the day. While going to take a picture on the mat carpet, I sought to find out her thoughts on whether she even knew who the president of her nation is, no matter how naïve and silly it seemed.

Here are excerpts of my interview with little Esther:

Who is you mummy?

Who is your daddy?

Where do you live?

How old are you?

One year. No, two, three, four and she began to blab in a desperate bid to tell me her age; she counted up to seven. And she pronounced it as chebum.

Do you go to school?

(She only nodded to the question).

What’s the name of your school?

Your red dress is fine oooo. Is it because it Valentine’s Day?

(She only laughed it off. No response still).

Mummy, mummy (she shouted in between the conversation).

Where is your mother?

(There, she pointed her small hands towards the door.)

I have stolen your mummy ooo.  I don’t want you to see her again. (She looked at me in shock, wondering how I could change from a loving friendly person to hiding her mummy).

Okay, give me money, then, I will show you your mummy. I have hidden your mummy.

Mummy, mummy (she kept on.)

Okay now, beg me so I can show you your mummy...Now, Esther, do you know Buhari?

Where does he live?

Buhari lives in your house?

Who is your sister?

How old is Buhari?

Two, no one, no twelve and she continued to count

So, you are older than she?

Do you know Atiku Abubakar?

Who is Atiku Abubakar?

Atiku is your brother?

Where does he live?

Atiku lives in your house

Is he a man or woman?

Who is the president?