When your partner wants more 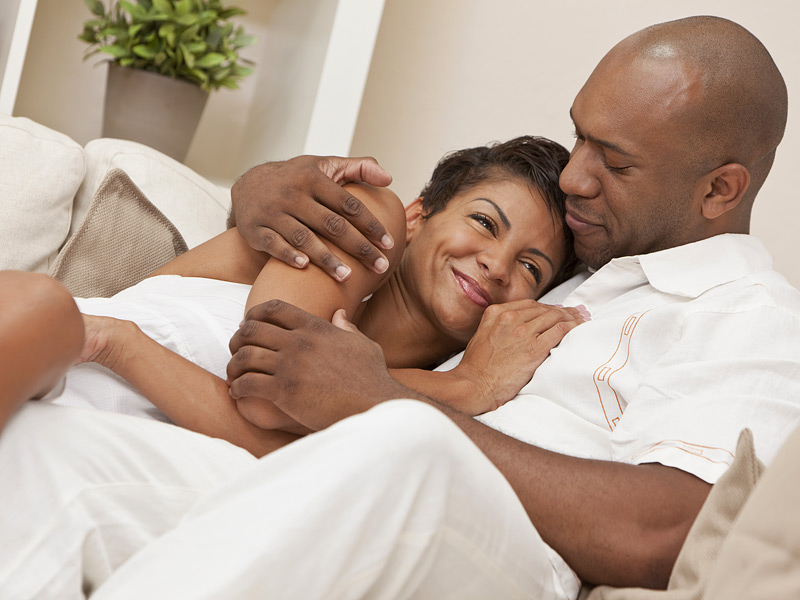 I was at a marriage counseling session at a Christian Women’s Week, last Sunday, and this was one of the questions that came up after I was done with the message.

A young man got up and asked “Ma, what if you are tired and your wife asks for more. What can one do, especially when there is work the following day and you are physically tired?”

So many brethren wore a look of disapproval on their faces. I was a guest minister though from the same church but a different parish.

I did not know the man neither did I know the wife but I was sure all of them, who are members of the church know the couple and they were possibly thinking the wife was one insatiable slot, who should not have been a Christian in the first place.

Sensing this, I quickly got up from my seat and since the question was basically mine, I kept all of them quiet by letting them know that we may all be seated with heavy-weight Bibles on our laps but we are designed differently.

That the woman was asking for more was not an indication that she even has a high libido; she simply had not reached her own climax while you as a man (talking to the man, who asked the question) had possibly done. I also let them realised the importance of making their women reach orgasm.

They all kept quiet when I told them that a man, who is unable to please his wife in bed is not doing enough; as a matter of fact, he is not man enough. To make the matter worse, I told them that the fact that your own wife has not asked for extra does not also mean that you are satisfying her.

The whole place went mute. I added that it is important that couples take time out to evaluate their sex life. And on issues of libido, I told the youths to know that our libido is not the same.

Unfortunately, this is not allowed to be tested between Christian couples before marriage.  Well, time was not on our side and they asked that I come again for their youth programme, which I obliged.

Now, to couples out there, the same is applicable. At one point or another, one of the couples gets filled to the brim after a session in bed but the other is not. For many, who are not so knowledgeable about this, there have been instances where this has scattered homes.

The other person, who is not pleased, has been forced to get satisfaction elsewhere, presenting the situation as a case of adultery. Even in churches, leaders and church members have been found guilty of this. Such marriages, of course, have become problematic.

There are other instances where in-laws in their majesties have concluded that the woman, who is complaining of not being satisfied by her husband (their son) is a fornicator and a shameless slot, who is not worthy of being a responsible wife.

In one of such cases that I have been part of, the other in-laws from the woman’s side could not even defend their daughter because they themselves had never seen an instance where a lady would be asking for more sex.

READ ALSO: How sexually active is your teen girl?

As a matter of fact, they could not imagine ever giving birth to such a child. So, they kept on begging their son in-law and his parents, who, unknown to them, were totally consumed by ignorance.

Whether you are a man or woman that is approached for more in bed, you are not to feel bad. Talking really true, you must know that religion or no religion, you are both mandated to please each other.

The book of 1 Corinthians 7, verses 3 – 5 say so. I may not know of the other Holy Book but I can assure you that the Holy Quran is not against couples pleasing each other.  So, once you have this case, try as much as possible to see it as a challenge and stand to the task. What should you do?

Boost your performance There is no point, taking an offence at your partner’s demand. There is no reason for you to take it personal. For one, you must remember that men usually reach their climax faster than women.

This is because most times, they are always half way ready before they come nearer the woman. Their mind is usually ready, their body ready, so, within the first few minutes of the action, they are done and fagged out.

The case, however, is not with the women. Recognising this is very essential to pleasing your woman. Let me say this, 90 per cent of women are left asking for more after men are done and snoring away.

Those who can simply take it as normal, somehow conform their bodies to it. Those who can’t, find a way of pleasing themselves since talking about it is likely to put them in more trouble. But should this be the case? No! Not at all!

Instead of accepting what I will call a bad fate and living in denial for unending years, it is rather better to have a tete-a-tete with each other.

This is where the place of communication remains very necessary.  If you are the partner that is not being satisfied, call the other person’s attention to it. Letting him know how you feel will help in working things out.

Watch the way you go about it though, so that he or she does not feel slighted. Do not make it look like he or she is incapable or weak.

Let him know how you desire him to last longer and pay attention to your yearnings. Choose a time when you are both calm and in good mood to raise the issue for discussion.

Do not take it personal

Whereas many will conclude that a partner’s lack of interest in love making is due to their unattractiveness or some other reasons, this may be far from it.

It really may just be about individual differences and if this is a new development, it may be because of other emotional reason. So, do not jump into any conclusion. Make your findings, that is after talking it out and let each person play extra roles to balance the situation.

Paying more attention to a woman’s needs may lure her into wanting to satisfy you as a man in bed. Such acts as buying her things, taking her out, trying to give her tea while already in bed   (after your dinner), taking your time to gist and listen to her can make her soften up more for you. If you are a woman who wants more, like I said earlier, do not nag about it.

Insecurity: Osinbajo urges Nigerians to be wary of media reports