What to expect at new-look Ayinke House — LASUTH 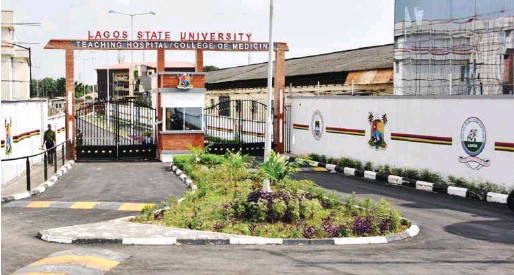 Prof. Adetokunbo Fabamwo, the Chief Medical Director (CMD), Lagos State University Teaching Hospital (LASUTH), Ikeja, says facilities at the new-look Ayinke House due for inauguration soon are comparable to what can be found in developed countries

Fabamwo made the disclosure during an inspection of the facility on Wednesday in Lagos.

Ayinke House, located in LASUTH, primarily functions as a facility to cater for mother, child and newborn.

“The old Ayinke House was a donation from Late Bank Anthony and was in itself an ultra-modern edifice, and served us for about 10 years.

“The state government felt that it needed to be renovated; now we have a super ultra-modern hospital for women in Lagos and its environment.

“The facilities are a sight to behold; we can only compare the facilities here to what you will find in developed countries.

“Women in Lagos and its environment are in for a very fantastic time, “ he said.

Also, the Head, Project Unit, Ministry of Health, Dr Abiodun Adewole, said that the government put a lot of commitment in ensuring that the facility was functional.

Adewole said: “ The government approved intake of medical personnel across board even before the completion of the facility.

“What the government has done is to put in effort to address the lapses; this is a promise delivered. “

Odigie said that the government expanded and renovated the facility to 170-bed capacity to cater for the quality needs of the patients.

“This facility is equipped with 30 incubators; all with oxygen delivery system capability, and there is also special space for challenged newborn requiring intensive care.

“The facility for intensive care have the capacity to deliver and support pre-organ; it also has a 16-bed very high dependency unit that incorporates a theatre to attend to emergencies,” he said.

In his remarks, the state Commissioner for Works and Infrastructure, Mr Ade Akinsanya, however, said that the facility would not be inaugurated until it everything was in place to ensure it functioned perfectly.

“It cannot be inaugurated until the government is satisfied; everybody needs to put everything in place and ensure that the facility is functioning properly, “ Akinsanya said. (NAN)