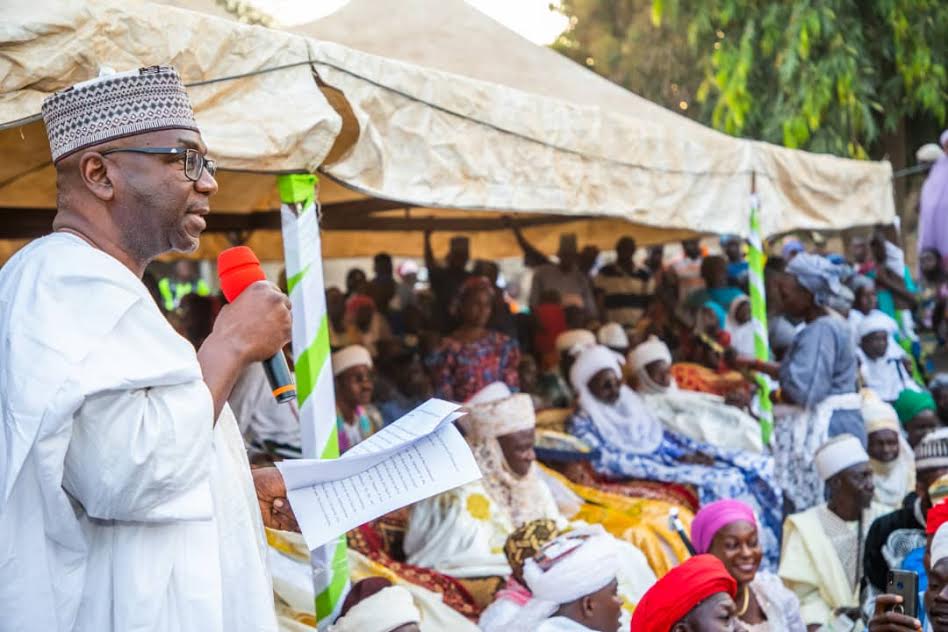 Speaking at the annual Ganni Festival in Gwanara in Baruten Local Government Area of the state on Saturday, AbdulRazaq said his administration plans to boost tourism as a revenue earner for Kwara.

His words: “We want to put our various festivals and tourist centres in the national tourism calendar. We will push the agenda to the Tourism Board in Abuja so people will come here,” he said.

“But we need to also develop ourselves because people will not come when there is no good infrastructure like hotel and good roads which can make it difficult for tourists to come and witness the exposition of our culture. In shaa Allah (God willing) with this administration, lack of basic infrastructure will be a thing of the past.

“Part of what we intend to do is to take the road from border here straight to Okuta to Kosubosu to Kaiama and to Bode Saadu. Works engineers have done the bill of quantity and the road has been designed already since we came in. That’s part of my discussion with the Minister of Works and Housing recently.”

He further disclosed that the state would partner with the Federal Government to fix the road since a part of it-Kosubosu to Kaiama- is a federal road.

Speaker of the Kwara State House of Assembly, Yakubu Danladi, commended the Governor for his commitment to rescue Kwara from years of misrule and take it to a greater height.

“Baruten is the most backward local council in Kwara and the interventions of Governor AbdulRahman AbdulRazaq within the short period have started yielding results in road construction, health, and education, especially in the local government area,” Danladi, who is from Gwanara, said at the event.

In a related development, water supply is expected to resume on Monday to some parts of Ilorin metropolis affected by the works at the Geri Alimi Underpass, Kwara State Ministry of Water Resources said on Sunday.

“This is to inform the general public that the big water pipe that was affected at the Diamond Underpass has been repaired. We have also observed the required number of days for curing as specified by the engineers,” according to a statement by the Permanent Secretary of the Ministry Dr Afolabi Ezekiel.

The Ministry said water supply would also resume to Ita Amodu and adjoining areas of the metropolis.

“In addition to the supply of water to inner Ilorin Township, the main line from Sobi waterworks which supplies water from Akerebiata to Gambari junction has also been repaired. Therefore, water will be supplied to that axis from Monday. Alagbado Specialist Hospital and the adjoining community will also be supplied with water Monday,” the statement added.