We will not reach 80% revenue performance for 2019 — finance minister 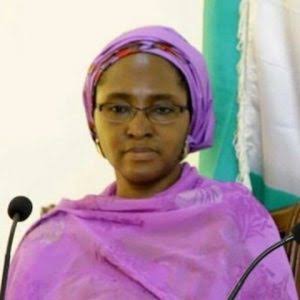 Mrs Zainab Ahmed, the Minister of Finance, Budget and National Planning, says the nation will not be able to reach 80 per cent revenue performance for 2019.

She said this on Monday in Abuja at the public presentation of the 2020 budget proposals.

Ahmed said that as at half year, the actual aggregate revenue for 2019 was N2.04 trillion, which was 58 per cent of the prorate target.

“As to whether we will reach the N8.33 trillion at the end of 2019 is very unlikely and that is why we have to make special efforts to boost revenue performance.

“It is clear that we can not reach even 80 per cent and that is why we have to do several things to make sure that revenue performance is enhanced.

“Releases did not start until late July and as at last week we had scheduled and releases are now up to N650 billion.”

According to her, N294.63 billion was released for capital expenditure as at the end of September, but the target is to be able to reach N900 billion by the end of December 2019.

Ahmed said that of the total appropriation of N8.92 trillion, N3.39 trillion had been spent by June 30, as against the prorated expenditure budget of N4.58 trillion, representing 76 per cent performance.

The News Agency of Nigeria (NAN) reports that the 2019 Appropriation Bill was presented to the National Assembly by President Muhammadu Buhari on December 19, 2018, but was signed into law on May 27, 2019.

The 2019 budget was predicated on oil production of 2.3 million barrels per day at 60 dollars per barrel and an exchange rate of N305 per dollar.

On the issue of border closure, she said only the main borders that were manned by the Nigerian Customs Service (NCS) and other security operatives were closed.

She added that the nation had seen the benefits of the closure and that though there were some challenges, the NCS and the committee working on the borders closure was looking at how to ease some of the difficulties.

“It has to be Nigeria first and we have to protect our own industries because some of our neighbours have been flagrantly abusing commitments that we jointly signed to and the President has said this is no longer acceptable.

“The border closure is not forever, there will be an end date, the Federal Government is currently in discussion with governments of our neighbouring countries Niger and Benin Republic.

“We are negotiating to make sure that the challenges that led to the closure of the borders are addressed on both sides but, especially that our neighbors meet the commitments that we signed unto several years ago.

“Once those discussions are concluded, the borders will be opened again,” she said. (NAN)