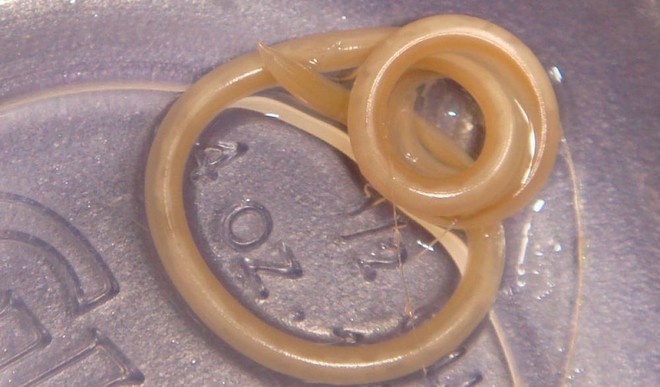 The Federal Capital Territory Administration, FCTA, recently launched a de-worming programme in schools and vulnerable communities in the FCT.

It was aimed at addressing worm infestation, a major neglected tropical disease (NTD) identified by  World Health Organisation (WHO), as endemic in Nigeria, leading to physical, emotional and cognitive problems. In this interview with Gloria Irabor, the Assistant Director in charge of NTD, Public Health Department of FCTA, Mrs. Eunice Ogundipe, spoke on the need to effectively control and eradicate worm infestation in children.

What necessitated your programme in children deworming in schools and communities?

The Federal Capital Territory Administration upholds the national policy on children de-worming. We have two departments under health that handle issues of worms in the various communities – primary healthcare board and public health department. It is very important to sentitise teachers, parents and communities on the need to deworm their children. Primary healthcare board takes care of grassroot health issues and handles children of ages 0-4 while public health department handles children of ages 5-14. This age group is more prone to having and spreading worms.

We take deworming so important because of our knowledge of the effects of worms on children. The children, especially those in the communities where sanitation and hygiene are not properly handled, are easily exposed to worms and it can spread through contaminated soil, water and food. There is also infestation in areas with high temperature during warm weather condition.

The two major infestations are schistosomiasis through dirty water and soil transmitted helminthes through contaminated soil. Children are prone to worms because of their unhygienic behavior, such as playing in the sand, picking of dirty things from the ground and indiscriminate defecation, especially in rural communities where there are no toilets, they develop in the soil and people get contaminated.

Also, children in the villages go to the river to take their bath, wash clothes and they get contaminated in the process. When they are infected, it leads to poor cognitive development, emotional problems, physical ill health, stunted growth and development. Worm infestation is one of the highest cause of sickness among children and it leads to death if the infestation is too high. Deworming children will enable them to have good health, appropriate growthand development.

What is your scope of the de-worming programme?

The 2019 deworming programme is wider in coverage, sensitisation and involvement of stakeholders. The deworming programme has taken a better shape; we extended it beyond public schools. There are reported cases of alarming rate of worm infestation in some communities. In the 2019 coverage, we have included private schools, military and paramilitary schools and communities where the problem is endemic.

We go to schools across the nooks and crannies of FCT and we are covering five area councils: Abaji, Gwagwalada, Abuja Municipal Area Council (AMAC), Kuje and Kwali. For areas we did not cover in this exercise, we will do so before the end of this year. We concentrated in areas that are more endemic. In Gwagwalada worm infestation among children is 52%. This means 52 children out of 100 have worms. Due to the high prevalence of worms in the area we targeted both schools and communities so that we will not end deworming them in schools and they get reinfested in the communities.

What is your target number of schools?

Within one week we were able to target over 800 schools. We also met our target to train, at least, 2000 teachers but we have more than this number because of the large number of schools. We train teachers on how to administer the drugs, welfare of the children during the deworming because they have direct contact with the children. For example the children are expected to eat before de-worming, it is the teachers that help to pass the massages across to the parents.

Before we started the deworming, we had stakeholders’ meeting, involving parents, private school owners, teachers, Universal Basic Education Board, traditional leaders and area council officials. We desire people to be very aware of the problem and what we are doing to tackle it but the response from private schools has not been encouraging. We involved the head of the association of private school owners on the need to mobilise their members in the six area councils but we did not get good response from them.

Previously, they were not carried along but we thought it necessary to brihgt hem on board so that the de-worming programme can be very effective.

Carrying them along will help in better sensitisation of the schools, their children and the parents of their children. We want the private schools to rise to the challenge and cooperate with us because worm infestation is a very serious problem among children. Nigeria is endemic and it is very important for us to have healthy children. Each state in the country has its own prevalence rate and handling methods. We want other states to emulate FCT and rise to the challenge; we take it as a very serious problem and we are making efforts towards reducing worm infestation to zero level.