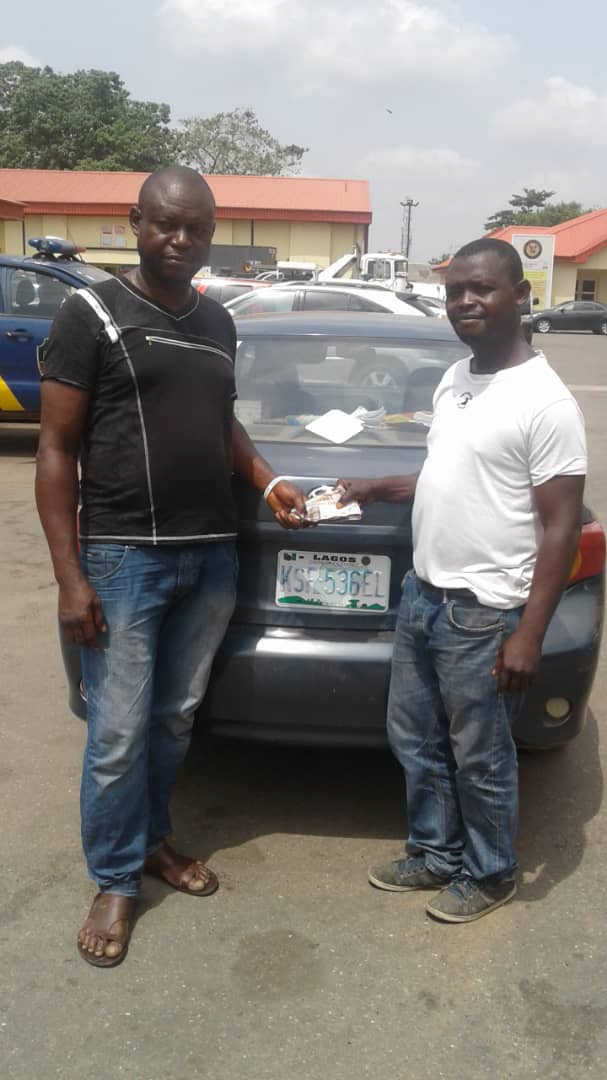 Lagos State Environmental Sanitation and Special Offences Unit (Task Force) on Monday arrested two suspects for impersonating Officers of the Agency and extorting money from a motorist at Ojota, Lagos.
The suspects identified as Ademola Oyegunwa, 40, and Olaogun Adamson 48, claim they make between N50, 000 AMD M70, 000 daily from their illegal activities.
Disclosing details of their arrest, Chairman of the Task Force, CSP Olayinka Egbeyemi said the two suspects were apprehended by the ‘Monitoring and Enforcement Team of the Agency after they had negotiated and collected N15,000 bribe from a motorist.
READ ALSO:Lagos police ‘investigating’ death of man shot at viewing centre
Egbeyemi stated that interrogations had revealed the suspects presented themselves as officers of the Agency and arrested a motorist for traffic obstruction by Ojota bus-stop.
He said the suspects were notorious for the act , “ They arrested the owner of the vehicle for obstruction at Ojota, drove him down to Bolade bus-stop opposite Task Force office where they negotiated and collected the sum of N15,000 from him.
“ We have severally received complaints from motorists, particularly commercial bus drivers, about the activities of these unscrupulous fraudsters who specialise in impersonating officers of the Agency and defrauding people across the State.”
Stating how operatives of the agency could be identified, the Chairman said, “Police Officers attached to Lagos State Task Force enforcing traffic and environmental sanitation laws wear jackets with inscription of ‘LASG TASKFORCE’ for proper identification while on duty.”
He noted that only Lagos State Task Force and LASTMA personnel are empowered by law to enforce traffic laws on ‘BRT’ corridors across the State.
While urging motorists to desist from giving bribe to traffic enforcement officers, the Chairman disclosed that the Lagos State Commissioner of Police CP Zubairu Muazu has directed that the arrested suspects be arraigned immediately.

Policemen involved in killing of youth in Lagos arrested