We lost $12m daily to US blockades – Cuban envoy 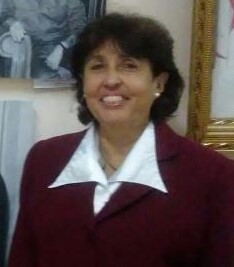 Cuban Ambassador to Nigeria, Her Excellency Clara Pulido, disclosed that the United States economic and financial blockades against her country have caused to the Cuban people an average daily cost of $12 million since it started.

This disclosure was contained in her opening remarks during the declaration at the Amilcar Cabral Ideological School (ACIS-M) Movement Symposium held online Sunday April 19, to commemorate the 59th anniversary of the defeat of Bay of Pigs (US Imperialist) invasion of Cuba and the solidarity of the Pan-African World with Cuba against the economic, commercial and financial blockade of Cuba by the United States Government.

The symposium, which was coordinated by the Amilcar Cabral Ideological School (ACIS-M) Movement based in Nigeria, attracted participants from the United States, Ghana, Guinea Bissau, Cuba, South Africa, Germany and Nigeria.

The Cuban ambassadors in Nigeria and Ghana, the Venezuelan Ambassador in Nigeria and Comrade Sister Bilony Nhama Nitantamba Nhasse Politburo of the PAIGC Central Committee, and Secretary-General of UDEMU were special guests.

Her Excellency, Clara Pulido further remarked that when Coronavirus situation began, 60 Cuban medical brigades were working in different countries, including 31 in Africa, from Algeria in the north, to South Africa in the south, from Ethiopia in the horn, to Gambia and Guinea Bissau in the extreme west.

This, according to her included, of course, “a Brigade that works in the refugee camps together with our Saharawi brothers and sisters,” adding that, “now, 21 new Brigades of Henry Reeve Contingent have gone to work in 20 countries.”

The envoy, therefore, beat her chest and declared with emphasis that, “once again, Cuba shares what it has, the human resources formed on humanitarian principles.”

Her speech was followed by the solidarity speech by Fernando Gonzalez Llort, President of the Cuban Institute of Friendship with the people (ICAP), who said Cuba, in the midst of an inhuman and genocide blockade, did not hesitate to respond with an army of white coats made up of more than 1,000 health professionals, organised in 21 brigades to Africa, Europe, Latin America and the Caribbean, and the Middle East, stating that, “this is the time humanity demands solidarity as never before.”

González further said, “It is with deep humanistic conviction, the government and people of Cuba offer the world, once again, the example of militant solidarity at a time when the planet is facing the global pandemic of the new Coronavirus Sars Cov-2, COVID-19.

“The invasion was by a 1,500 force American-based Cuban renegades, mercenaries, CIA and special forces. They were backed by 8 B-26 Bombers and 5 supply ships. After three days of fighting, the Cuban revolutionary forces defeated the invaders killing 122 of them including 4 Americans, downing 2 bombers and destroying 2 ships.

“A total of 1,202 of the invaders were captured with only 120 escaping. It was a decisive defeat for imperialism. However, today, 59 years later, the American establishment continues to plot another invasion,” he disclosed.

From the Ambassador of Cuba in Ghana came the inspiration that: “Today the heritage of Giron still alive in the Cuban health specialists that are participating in the struggle of the Covid-19 pandemic. That was the same idea that moves the Cuban doctors to Liberia and Sierra Leone during the Ebola outbreak.”

In his contribution, Ambassador Velasquez of Venezuela remarked that Cuba and Venezuela are one, adding that, “All our Solidarity and Friendship with the Cuban People, the Comandante Hugo Chávez and the Commandante Fidel Castro, is to build a very strong ties of Cooperation and Solidarity, and model of International Cooperation and Integration.

“Cuba defeated the attack in Giron in April, 1961, in 2002 in April we defeated in Venezuela the Coup d’etat against President Chávez. April is the Month of People’s Victory,” he rejoiced, stating that, President Nicolás Maduro and the Venezuelan People, he continued, “are following the legacy of President Chávez to build the Bolivarian Socialism.”

Mrs. Ngozi Iwere, CEO of Nigeria’s Community Life Project said, the Bay of Pigs was the third defeat of imperialism in Cuba within three years disclosing that, “The first was the overthrow of the puppet Batista regime and the second was Cubans taking full control of their economy.”

She pointed out that despite six decades of American blockade; Cuba is the most sustainably developed country in the world.

Comrade Dr. Dipo Fashina, National Coordinator of Centre for Popular Education (CEPED) and Joint Action Front (JAF), while speaking on the significance of the invasion said “The defeat of imperialism in the Bay of Pigs, the humiliation of Imperialism by the Cuban people, opened real possibilities of defeating imperialism in Africa.

“It engendered a deep inspiration of the colonised and oppressed peoples all over the world. The Cuban revolution and the Cuban people have turned out to play a decisive role in the success of the liberation wars in Africa. The umbilical cord is not just of common ancestry,” Fashina submitted.

Discussants at the Symposium were Albie Walls of the All-Africa Peoples’ Revolutionary Party (AAPRP) in Ghana, Según Oladunni Che of ACIS-M, Imani Umoja of PAIGC and AAPRP Guinea Bissau and Ande Afrika of ACIS-M.

There were interventions from other participants that reaffirmed the solidarity of the African movements with Cuba, demanding for the lifting of the criminal blockade.

In a further contribution, the Cuban envoy remembered that Fidel, who led the victory of Playa Grion and created the Cuban international cooperation, continues leading all Cuban generations and revolutionaries all over the world.

At the end of the parley, there were 8-Point declarations against the blockade thus:

3) Against the background of the current reality of the Cuban internationalist mission, being the frontline country assisting the global response to the Coronavirus pandemic in over 20 countries, the Meeting strongly demands the unconditional and urgent removal of the unjustified blockade.

4. We want the United States Government and its allies to note that Cuba is not alone. We defend the right of Cuba to be an Independent, socialist and sovereign country.

5. We condemn the attempt to suffocate the sovereignty of Cuba through the measures of the Trump Administration directed to economically asphyxiate the Cuban people.

6. The blockade is a politics of genocide, criminal, illegal, cruel, insensitive and inhumane, affecting the fundamental rights of every Cuban.

7. We Africans have benefited from the political solidarity and humanitarianism of the Cuban revolution, which has brought to our people medical, sports, health, cultural and educational benefits among many others.

8. The people have the right to decide their destiny. On the 1st of January 1959 Cuba chose its path to socialism, which they will NEVER abandon.

“End the blockade against Cuba now, a people united will never be defeated,” they chorused.