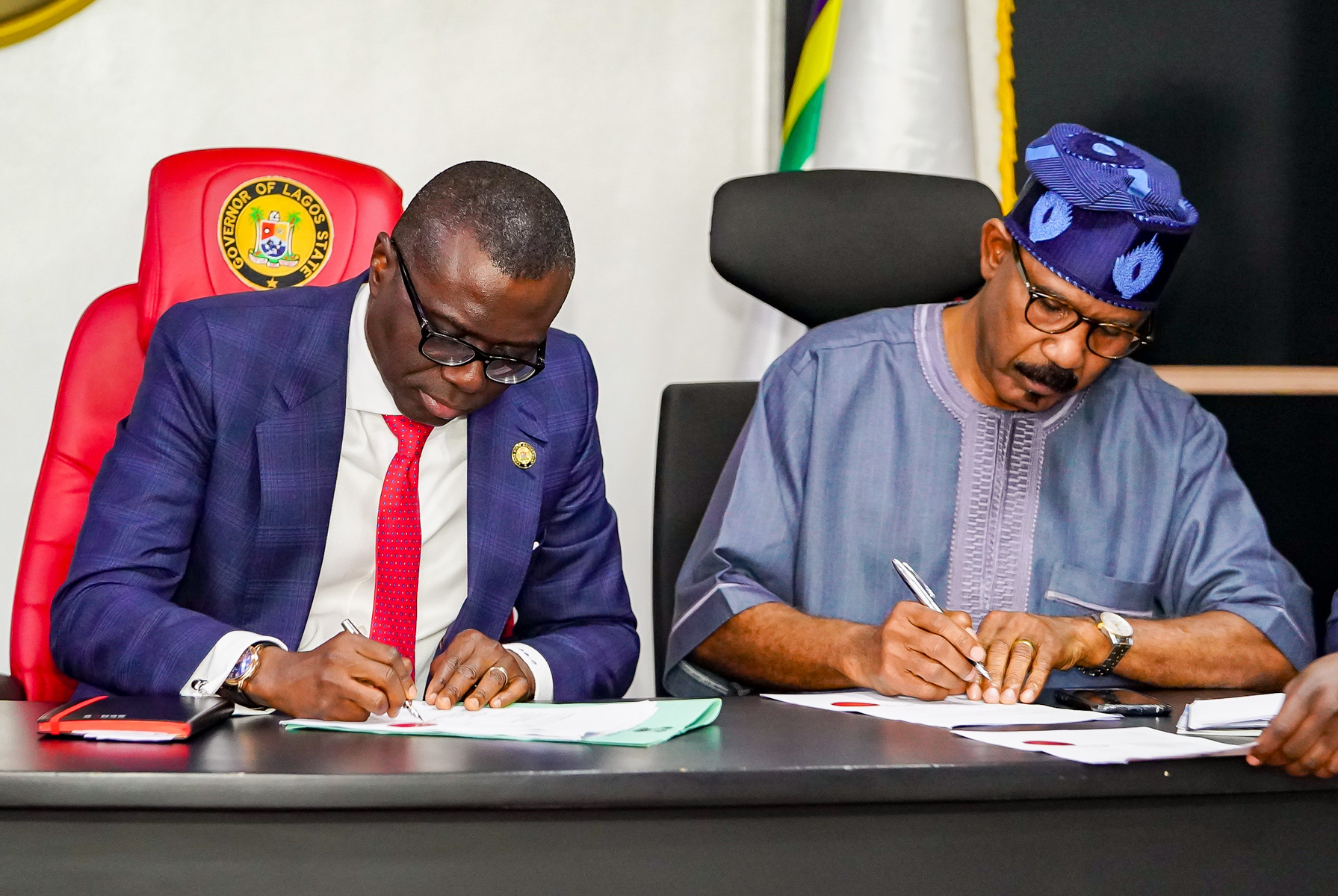 The Federal Government and the government of Lagos State, on Monday, settled a 10-year rift on the control of waterways by signing agreement to partner in providing security on waterways in the state.

The case is still before the Supreme Court.

However, Monday’s agreement was signed by Governor Babajide Sanwo-Olu, on behalf of the Lagos State Waterways Authority (LASWA), and the Managing Director and Chief Executive Officer of the National Inland Waterways (NIWA), Sen. Olorunibe Mamora.

Others present at the signing were the deputy governor of the state, Dr. Obafemi Hamzat, Secretary to the State Government, Mrs. Folashade Jaji, Head of Service, Muri Okunola, General Manager of  LASWA, Emmanuel Damilola and top government functionaries.

In his remarks, Governor Sanwo-Olu said the agreement would help both parties to tackle effectively the issue of security on waterways, and woo investors to the state.

His words, “I want to congratulate the two agencies of government that has find it right to collaborate.

“What we have done is a cardinal focus to be able to tell other government agencies that collaboration is possible.

“We need to ease doing business and if we can regulates, we can resolve our differences,” the governor said.

He added the agreement was in fulfillment of his administration’s promise to improve every aspect of transportation system in the state including the waterways.

“Transportation is one of cardinal objectives of this administration and we want to do collaborate on transport system that has air, water and air.

“We are assuring our investors who are ready to partner with us to come and that issues bothering on regulation have been eased out.

“Most importantly, we want our people who are going to be using the waterways to be confident of safety.

“We will ensure regulations are followed strictly. It is not by mouth we are centre of excellence but we need to demonstrate it because of our people.

“One-third of Lagos is surrounded by water so we need to put it to positive use. We will continue to be a major player so we can develop our state and business.

“We are in government to ease the burden of our citizen and ensure security of lives and property is paramount, ” he said.

In his reaction, Sen. Mamora said whatever the decision of the Supreme Court on the matter, it would not affect the agreement between both parties as they have agreed to put behind their rifts.

In the words of Sen. Mamora, “It has always been our desire to see the possibility of settling out of court.

“This case has been on for 10 years. Who is losing? Once we have that understanding, investors can come in. I want to thank the governor for attending to the issue promptly.

“We know the case is before the Supreme Court but what is important to us at NIWA is the good  of our people that is why we are looking at areas of cooperation.

“You don’t need the court to provide security for our people and that is area we are partnering. We want surveillance and regulations in place.

“We can now tell our people it’s about them. We are in government because of them because we must be remembered for something good when we are no longer there. We care for our people and waterways,” Mamora said.

General Manager of LASWA, Emmanuel Damilola, said the agreement would open up the waterways, upgrade infrastructure and improve security.

“We will ensure the captains don’t move the time they are not supposed,” he said.