WARIF, Sanwo-Olu, others seek support in fight to stamp out gender-based violence 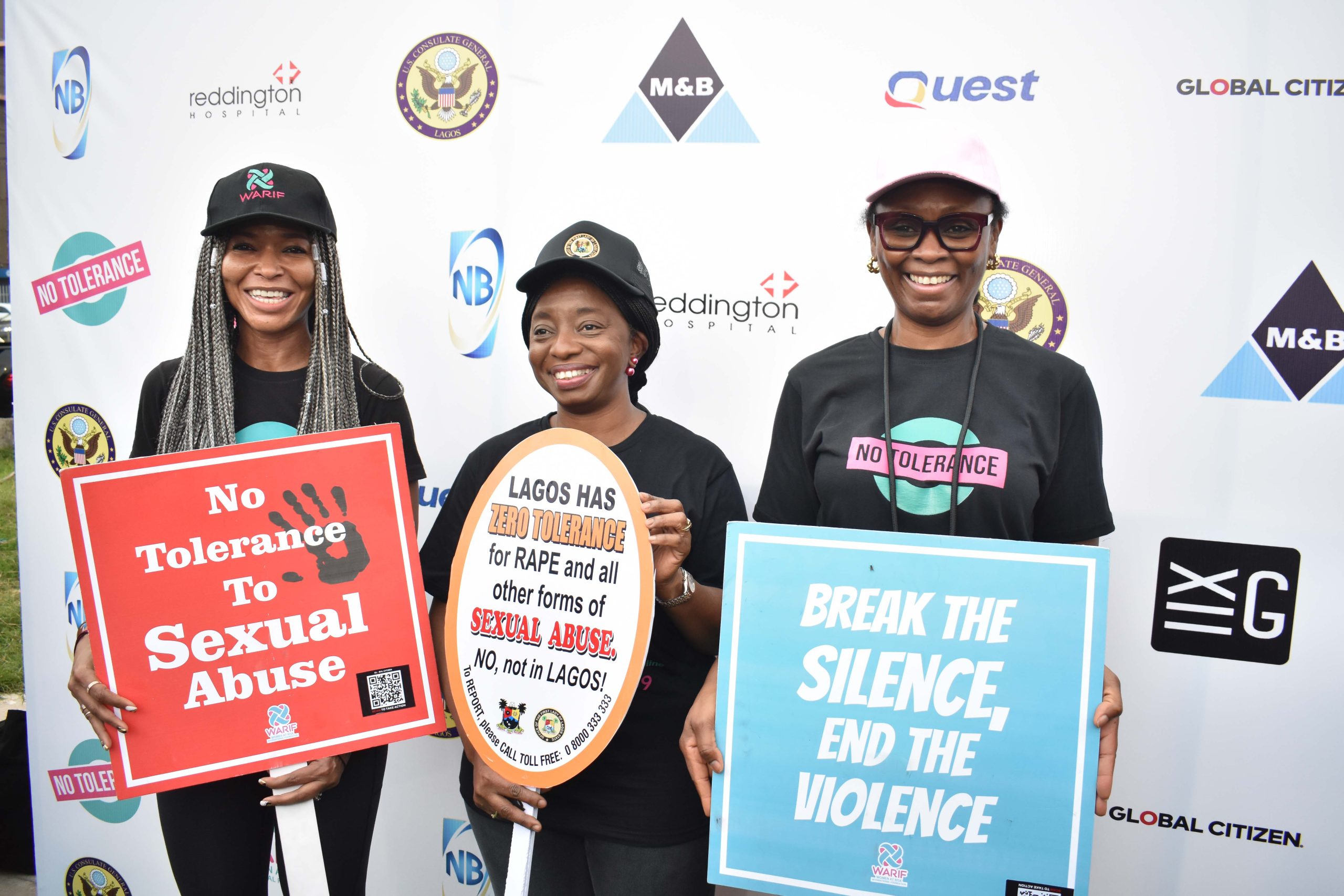 A non-profit organisation, Women at Risk International Foundation, alongside the First Lady of Lagos State, Dr. Ibijoke Sanwo-Olu, and the United States Consular General to Lagos, Madam Claire Pierangelo, have called for support in the quest to curb the spate of gender-based violence in Nigeria.

They made this call recently during its third annual advocacy march to raise awareness on the spate of stigmatisation of survivors, and to commemorate the UN 16 Days of Activism for Gender-Based Violence.

The march which was held across the Lekki/Ikoyi link bridge was also to mark WARIF’s 5th anniversary operating in Nigeria and leading the charge against gender-based violence.

Gender-based violence is the most pervasive form of a human rights violation affecting men and women and all nations across the world; the “No Tolerance” March is a recognized annual event that will be held globally as a movement to say NO! Tolerance to violence against women and girls in all communities.

Kicking off the march, the First Lady of Lagos State, Dr Ibijoke Sanwo-Olu commended WARIF’s commitment in fighting for the oppressed and vulnerable women.

Mrs. Sanwo-Olu also called for all hands to be on deck in the fight against gender-based violence, and encouraged survivors to come forward and seek justice so that perpetrators could be punished.

In addition, the United States Consular General to Lagos, Madam Claire Pierangelo, who delivered the opening address described gender-based violence as a global problem, saying that everyone has a role to play in eradicating the menace.

Speaking on the importance of the march, the WARIF’s founder, Dr. Kemi DaSilva, decried the stigma attached to survivors that cry out against gender-based violence.

She said, “Survivors are ostracized and scared to speak out because of the culture of shame, every survivor deserves the right to have her voice heard, to be given safe platforms to do so and to receive the support and assistance from her family, friends and her community to help her on the journey to recovery.”

READ ALSO: http://Ninth Assembly most successful in lawmaking since 1999 – Lawan

DaSilva also hinted that proceeds from the march would benefit survivors of rape and sexual violence who are offered free forensic medical examinations and treatment; as well as counselling services and welfare assistance with shelter, legal aid and vocational skills acquisition at the WARIF Rape Crisis Centre.

Some of the dignitaries that came for the march were the First Lady of Ogun State, Mrs Bamidele Abiodun, and the Deputy British High Commissioner, Mr Ben Llewelyn-Jones.