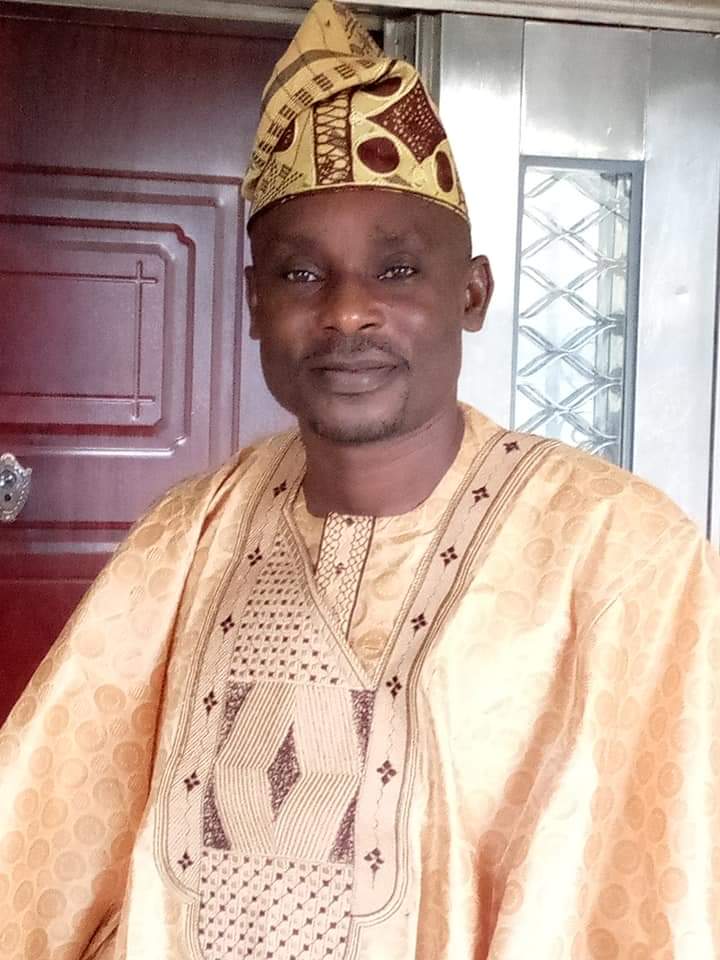 Razak Eyiowuawi, a consummate politician and National Vice-chairman of the African Democratic Congress (ADC) speaks to The Nigerian Xpress about how the electoral umpire, the Independent National Electoral Commission (INEC) can curb persistent incidents of vote buying, election violence, and other election manipulations by desperate politicians.

Eyiowuawi, who is also the House of Representatives aspirant for the Abeokuta North/Obafemi Owode/Odeda Federal Constituency, also gives a peep into how his party, the ADC is working to morph into the much-desired third force in Nigeria’s political space.

After your former party, the Peoples Party of Nigeria was deregistered by INEC in 2020, many expected that with your pedigree in politics, you would defect to either the ruling All Progressives Congress or the main opposition Peoples Democratic Party. What exactly attracted you to the ADC that you didn’t see in the two mega political parties?

What we wanted initially was for about 40 of the deregistered parties to amalgamate and form a third force. We wanted to form a coalition that would be a mega party that is strong enough to challenge the PDP and APC. However, the amalgamation could not be actualized because some people started placing their interests above the goal to form a strong party.

But we found out that among all the political parties trying to come together, ADC has the best DNA. ADC was the third largest party because it had a better spread than any other political party apart from the PDP and APC. And they won more electoral offices than any other party. So we started going into ADC and formed a coalition rather than forming another party.

After that deregistration some parties merged with Labour, some went to AA some others went to NNPP. But we are still all trying to work together to see how we can amalgamate and form a stronger political force. Take a look at the Ekiti election, you will see that SDP did very well at the poll.

The party defeated PDP. So what does that tell? It is not about the name or the clout these parties claim they have. Rather, it is about reaching out to the people and making them know the franchise they have with their vote. If we can come together with others to form a larger party and a more acceptable party to all Nigerians, then APC would be a goner. And we’re trying to do that before the election.

Are you saying that the ADC is in talks to form an alliance with other parties?

Yes, we started the move to form a third force in late 2020, and hopefully, we would achieve that.

The last time we heard of a coalition being formed was between NNPP and LP. So where is ADC in all the discussions?

Nigerians believe that only the names of contestants win elections, but it is not the names. It is the party structure that would win the election. And the kind of structure ADC is forming, NNPP and the LP don’t have it. When people hear names like Peter Obi and Kwankwaso they cheer because they are former governors. It doesn’t work that way.

A party works when it is well-structured and planned. In the next three months, ADC would be as big as the APC and the PDP with the way we are going. And I am very sure that the third force we so desired would be the ADC.

PDP senators adamant, say ‘no going back on Buhari’s…

ADC raised a lot of dust after their presidential primaries when a media practitioner, Dumebi Kachikwu was elected over a more popular candidate, Henry Muoghalu. Don’t you think not-electing Muoghalu could affect the fortunes of your party at the polls?

You see what I am telling you now, about the party and structure. Everybody expected Muoghalu to come and pick the ticket just because he is more popular, but look at how Dumebi beat him hands down at the primaries. Nobody knows Dumebi politically. A lot of people would bet against him winning the primaries. But we that know how the structure works, knew that he would win the primaries.

Dumebi has a more solid plan and moved around Nigeria to meet with the delegates at every local government. Those of us that know how the structure knew that Dumebi would beat Muoghalu hands down. The Muoghalu you’re talking about didn’t do the task of wooing voters.

He thought he would just come out, buy voters and win based on his popularity. And ADC would do the same thing in the forthcoming elections. Because we will go to each of the wards in Nigeria to educate and engage with the people. It has never happened before in Nigeria, and we are going to plan it and make it happen in this election.

What’s your take on INEC’s preparations for the 2023 general election?

I am happy with INEC’s preparation so far, but there is a snag that needs to be tackled. And that would be to allow INEC to control security officers at the polling units. This is because the security officers tend to work for the party in power. And if INEC is not allowed to control them, it creates a chance for desperate politicians to use the security men to manipulate the polls.

So, if INEC and security officers should work together and make sure that anybody buying votes gets arrested and prosecuted. It would enhance our elections. Secondly, there is a need to also control the amount of money being spent by the contestants. The amount a presidential candidate can spend is spelt out in the law. So incumbents aspiring for political offices should not be allowed to put their hand in the monies or resources of a state to fund their electioneering. If these are not checked our democracy will be endangered and the citizens will continue to suffer.

Many critics have labelled the APC administration as a total failure, do you share this view?

What is happening in Nigeria since 2015  would tell anyone that the Buhari government is the worst regime that has ever ruled this nation. We have never had it so bad or ever been so disunited. It is even scarier when you see that the situation keeps escalating. That is why it is important to push out the APC because they have failed. ADC would do a better job.

The first thing we’ll do is to secure the nation by bringing back confidence in the military. The morale of our army is at its lowest ebb. At one time, I read in the media that our military was going on a strike. This has never happened before in Nigeria. Look at reports we got about a Chief of Army Staff that stashed millions of dollars in his house. Look at the looting of the treasury by the former accountant general. This shows you low we have gone. ADC wants to bring back the morale of the community by first tackling insecurity. Once security is sorted out the economy would fare better.

Tell us about your aspiration to be a House of Reps member for your constituency.

All my life I’ve been part of the people right from my university days. I was a student leader and also a former secretary to the University of Agriculture, Abeokuta.

So, I want to give a better life to the people. And the best way to do that is to be at the House where one can direct the affairs of the nation.

As a lawmaker, you can do so much more than being an appendage to the executive. The legislative arm can change the nation if we have good heads as lawmakers. So I believe going to the National Assembly would give me the platform to improve the life of my people and our society. And I believe God will help me to win the election, and uplift my people.

PDP senators adamant, say ‘no going back on Buhari’s impeachment’