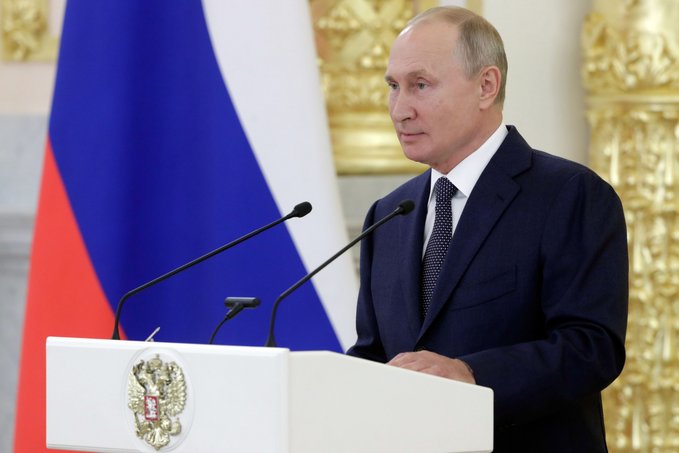 Russian President Vladimir Putin has been nominated for the Nobel Peace Prize, according to local media reports.

The request to recognize the president was made on September 10 by a group of Russian writers led by Sergey Komkov, TASS reported. As yet, the reason for the nomination has not been given.

Presidential spokesperson Dmitry Peskov told reporters Thursday: “You all know that completely different people are nominated for this award, this is an initiative of those submitting the nomination.”

“If the decision is made (about awarding the prize)—great, if not, that’s okay too,” Peskov added.

In 2013, Putin was nominated for the Nobel Peace Prize by State Duma Deputy Joseph Kobzon and the International Academy of Spiritual Unity and Cooperation of Peoples for “participation in resolving the Syrian conflict and trying to stop the US military invasion of Syria.”

Last week, Putin critic Alexey Navalny, who is recovering in Berlin after he was poisoned in what is believed to be a politically-motivated attack, was nominated for the Nobel Peace Prize by a group of Russian university professors, according to Sergei Erofeev, a Russian scientist working at Rutgers University in New Jersey. (Newsweek)