Victims of Badagry rainstorm gets succour 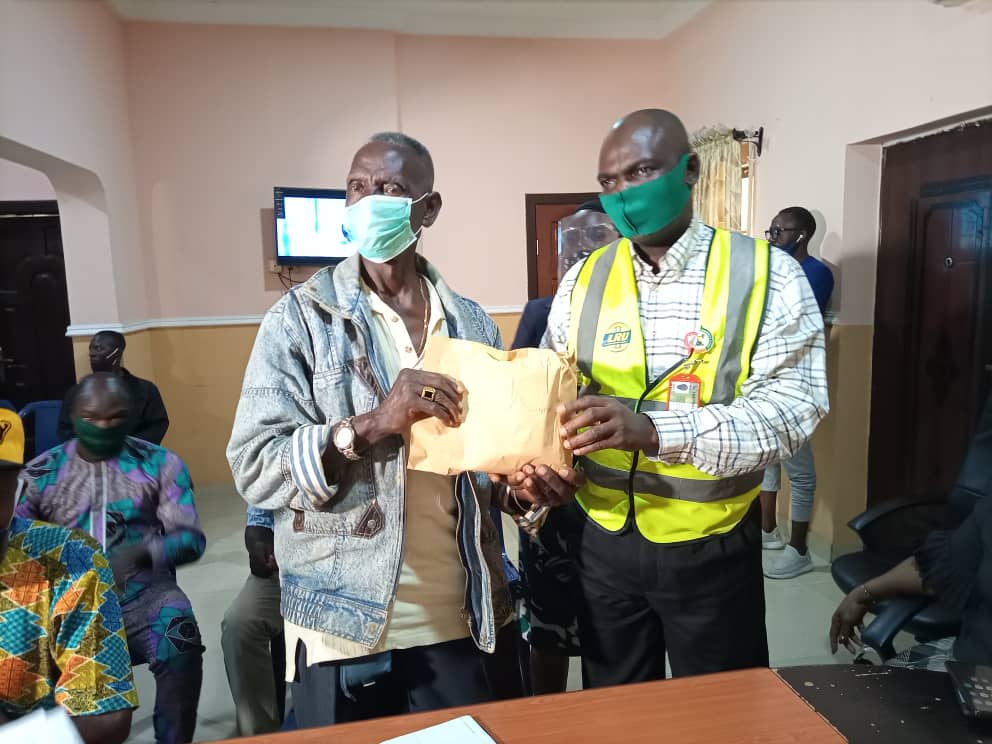 Governor Babajide Sanwo-Olu of Lagos State has brought succour to victims of Badagry rainstorm, where many buildings and other personal belongings were lost.

The affected persons, who were grouped into three, according to the level of damage suffered, got between N500,000 and N200,000.

The governor, who was represented by the Special Adviser, Culture, Mr. Solomon Bonu, at Badagry Local Government Area, on Thursday, presented cash support to 31 families.

Speaking on the four affected communities namely, Iragon, Iragonthogli, Iragbo and Kemu, Bonu said the state government deemed it fit through the Lagos State Emergency Management Agency (LASEMA), to compensate the victims in order to alleviate their suffering and reduce the negative impact of the incident.

The beneficiaries were implode not to divert the money to other projects, marry new wives or host parties, insisting that the money should be judiciously utilized to rebuild their damaged houses.

The Special Adviser thanked the Governor for coming to the aid of his people, saying the cash donation would be a huge relief to many affected by the storm.

He said because the governor cares about the people, that is the reason he also ensured the National Emergency Management Agency provide and commence the distribution of food and other support items to the victims.

Director-General of LASEMA, Dr. Olufemi Oke-Osanyintolu, said the victims being supported by the state government would get the palliatives in two batches, when he disclosed that 31 households got theirs today, while the second batch would get next week Thursday.

Oke-Osanyintolu, who spoke through the Director, Administration and Human Resources of the Agency, Mrs. Olaide Osifeso said, “The victims were grouped into mild, moderate and severe. The cash support was outside some infrastructural repairs that the state government is carrying out in the four communities affected by the rainstorm.”

The House of Assembly member representing the four communities affected by the rainstorm, Hon. David Setonji, noted that the day the incident happened was a sad one for him and many residents of the communities because of the quantum of damage experienced by the communities.

Thanking the state government for supporting the victims, he implored residents to remain calm and peaceful, promising that all the victims would be catered for.

Baale of Iragon-thogli, one of the affected communities, Chief Sedowhe Francis, also thanked the state government for aiding the victims, as many had not been able to rebuild their houses after the incident.

One of the beneficiaries, Napolean Samuel, a resident of Iragan, also thanked the state government for the support, revealing that he has seen the good side of the community he has stayed for 30 years, despite the  fact that he hails from Delta State.