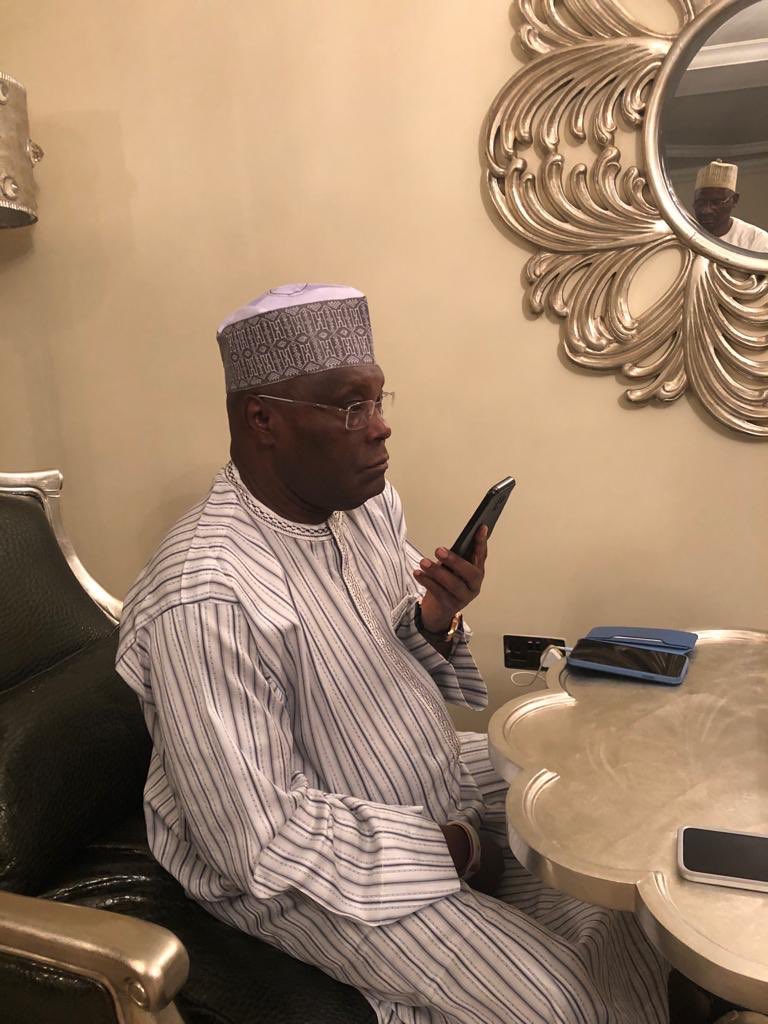 This was made known by Atiku via his official Twitter handle. He, however, did not give details of his conversation with Pompeo.

The presidential and National Assembly polls will hold on Saturday, while that of the governorship and state house of assembly will hold on March 2.

“Earlier today I received a call from US Secretary of State, @SecPompeo, who reaffirmed the international community’s commitment to free and fair elections in Nigeria,” he wrote.

READ ALSO: My plans for Abeokuta North, by Hon. Oludotun

“Wishing you all a peaceful elections, wherever you are. God bless Nigeria.”

There have been speculations that the US is in support of the candidature of Atiku, especially after he visited the country in January, 12 years after being denied visa.

Festus Keyamo, spokesman of President Muhammadu Buhari reelection campaign, had accused the US of protecting and seemingly supporting Abubakar.

Keyamo said Stuart Symington, the US ambassador to Nigeria, “seems to be saying that only a PDP victory will be evidence of a fair election”.

The US has denied the allegation, saying it is not in support of any candidate.

“The United States Embassy in Nigeria wishes to reiterate unequivocally that we are not taking sides in Nigeria’s election. We do not support any party or candidate,” Symington had said in response to Keyamo’s claim.