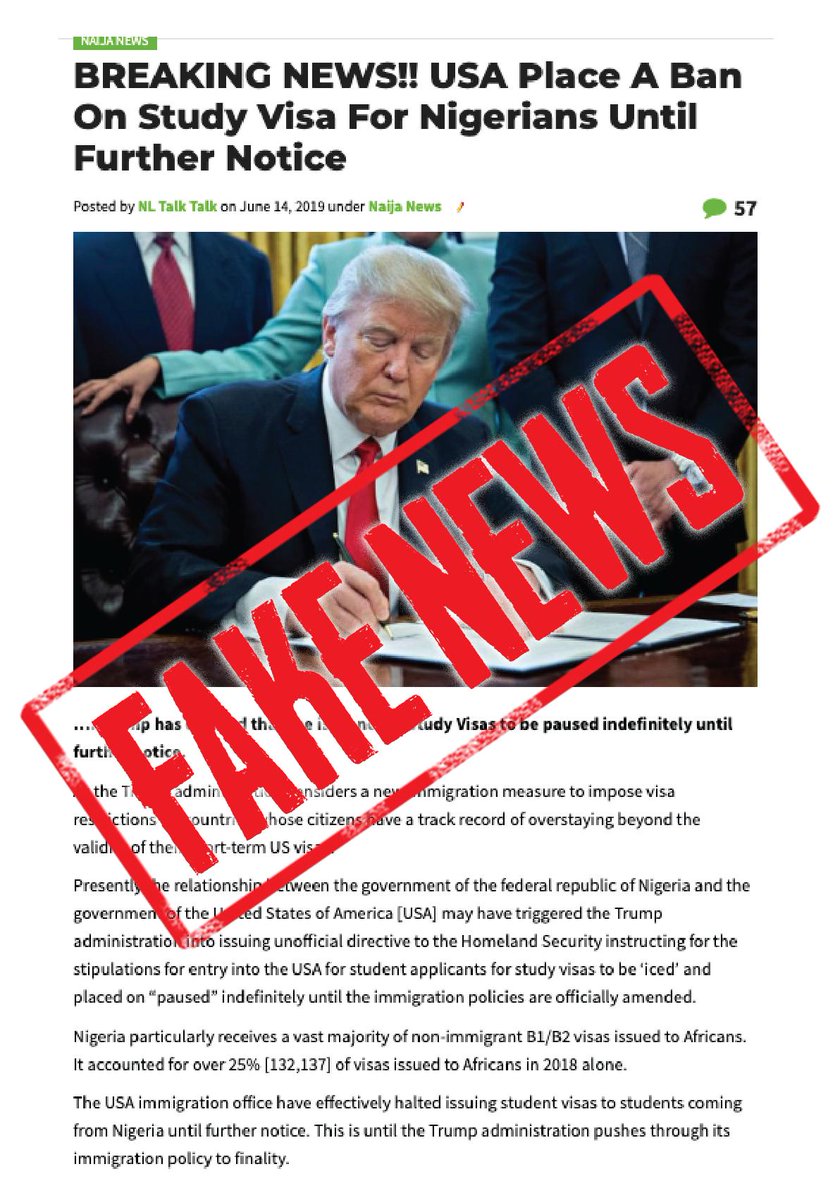 A report that the United States is placing an indefinite ban on students visa for Nigerians has been making the rounds, especially on social media.

But the US Mission in Nigeria has denied the report, describing it as ‘fake news’. It issued the denial via its official Twitter handle.

The report, though unconfirmed, had claimed that the United States targetted countries with citizens who are fond of over-staying during their visits.

“#FakeNews Alert! Be advised, reports of Student Visa ban for Nigerians is false. If you have seen such manufactured item on Facebook and Twitter or received it via WhatsApp, please communicate that it is false,” the US said.

In March, Nigeria was listed among the countries which President Donald Trump mulled to impose travel restrictions on.

Immigrants overstaying their visas at relatively high rates was among the reason Nigeria was placed in the category.

Two months later, the US embassy in Nigeria suspended drop box service or interview waiver for those renewing visas in the country.

Prior to the policy change, it was possible for Nigerians who were renewing their existing or expired visa to apply for a renewal online, via the visa drop box service.

Meanwhile, the US has said it does not enjoy denying Nigerians visa.