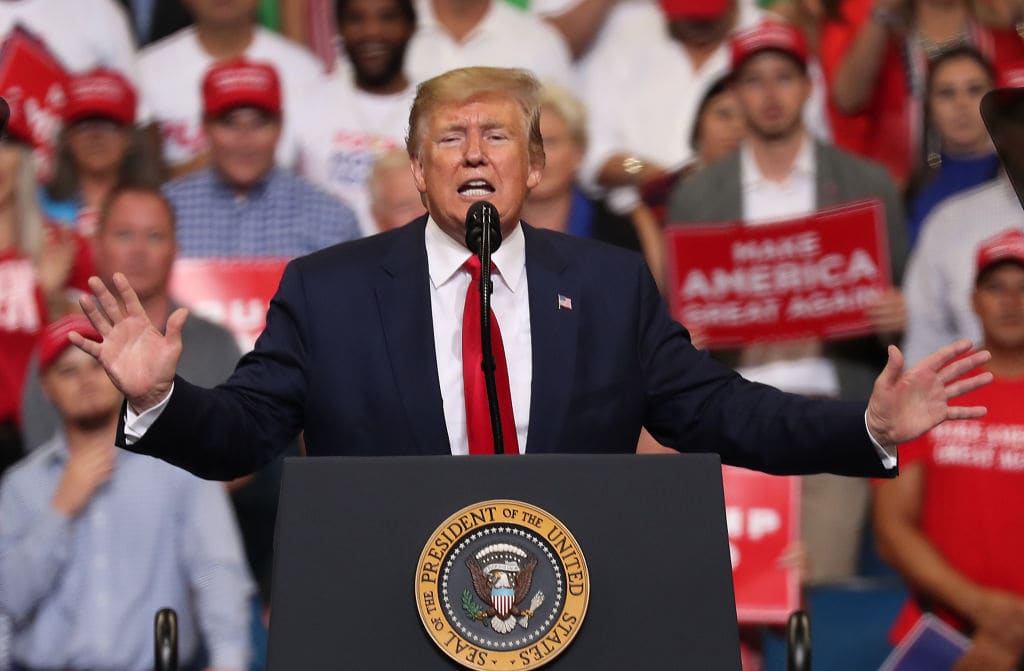 United States of America (USA) president, Donald John Trump, has officially declared interest in the 2020 presidential race as he seeks to continue his leadership despite unfavourable popularity.

Trump, American billionaire who emerged from outside Washington’s political establishment to clinch the most powerful political seat in the world, indicated he will be on the ballot once again as an ‘outsider’.

President Trump kicked off the re-election campaign on Tuesday, June 18, at the Amway Center in Orlando, Florida, his strongest swing state, with scathing attack against the Democrats whom he accused of trying to destroy the America and its citizens.

He cited Robert Mueller’s investigation into his alleged ties with Russia during the 2016 campaigns as one of the evident that the democrats were fueling hatred, arguing the Russia probe was not only an attack on him as a person but also an attack on America and Americans.

“They tried to erase your vote, erase your legacy of the greatest campaign and the greatest election probably in the history of our country,” Trump alleged amid cheers from his Florida fans.

Notably, Trump’s overall approval rating has significantly dropped over the past year and a half with the most recent poll showing he had an approval rate of 42% and 53% disapproval according to a poll conducted by Quinnipiac University between June 6 and June 10, 2019.