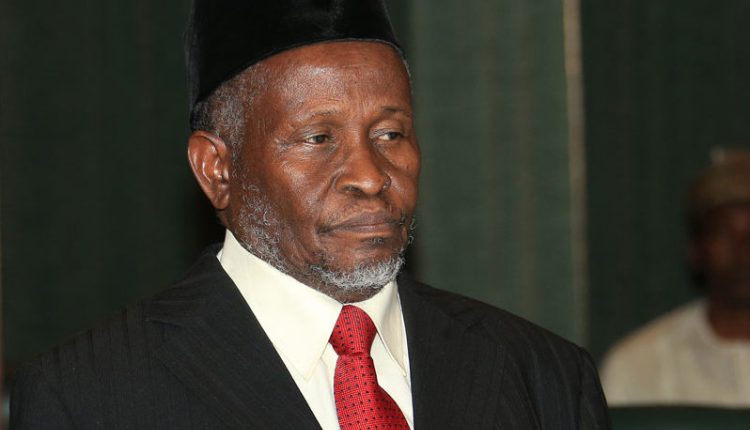 The Senate has confirmed Justice Tanko Muhammad as the substantive Chief Justice of Nigeria (CJN), the News Agency of Nigeria (NAN) reports.

The confirmation followed a two-hour question and answer session between the senators and Mohammad, who had been in acting capacity as CJN since January.

President of the Senate, Dr Ahmad Lawan announced the confirmation after a voice vote at plenary on Wednesday.

NAN reports that Mohammad who entered the National Assembly complex at exactly 10:10 a.m., went into closed-door session with the lawmakers at 11:13 a.m. and left by 1:06 p.m.

The new CJN took turn to provide replies to questions from the senators in areas like financial autonomy of the judiciary, concept of imprisonment and corruption in the judiciary.

He also spoke on the concept of individualism and collectivism in administration of justice as it affects criminal matters.

Muhammad spoke extensively on the roles expected of the parliament in addressing alleged rot in the judiciary.

He urged National Assembly and states Houses of Assembly to review the criminal laws in the country to effectively fight corruption.

Speaking further, he said: “Nigerian judiciary is part of the Nigerian system. Therefore, I’m not surprised if some judges are corrupt, that doesn’t mean that those judges should not be identified and dealt with.

“The most worrisome of it is that it happens at the lowest ebb of the courts. This is where the main problem arises.

“I therefore urge the National Assembly and the state House of assembly to take a look at our criminal laws.

On judicial autonomy, he said: ” We have started seeing the autonomy. But go to some states, the judiciary is still refused ordinary monthly grants to run its offices.

“It is the duty of the legislature to touch these places. To close all ends and identify all people being corrupted.

“It is my view that it is only the legislature that can put things right.I can’t go and ask or beg anybody for anything, I’m contented with what I have.”

Later in his remarks, Lawan thanked the CJN for coming to answer some questions from the Senate.

He also promised him that the 9th Senate would ensure an harmonious relationship with the judiciary.

“My Lord, thank you for coming to answer questions from members of the Senate. We are all ready to work with the judiciary.

“We must ensure that the judiciary is properly funded and remunerated. If we are asking them to live above board. We should do the right thing,” he said.

NAN reports that the confirmation of the CJN followed a recommendation made by the National Judicial Council (NJC) attached with his curriculum vitae distributed to the lawmakers on Tuesday. (NAN)