UPDATED: Corruption will be tackled in the judiciary – CJ Tsoho 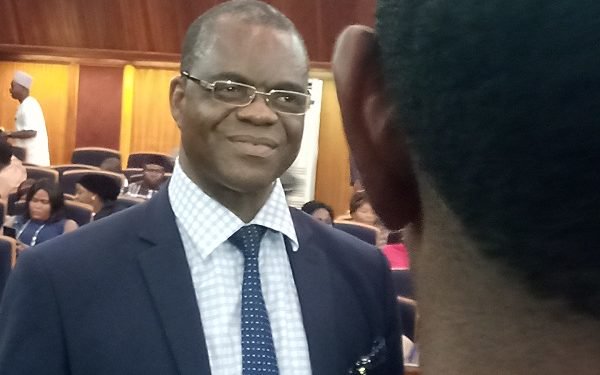 The newly sworn-in Acting Chief Judge (CJ) of the Federal High Court, Justice John Tsoho, has expressed his views on how anti-graft war in the judiciary can be a success.

Tsoho spoke with the News Agency of Nigeria (NAN) after he was sworn in as acting Chief Judge of the Federal High Court by the Chief Justice of Nigeria (CJN), Justice Tanko Muhammad, in Abuja.

There have been reports about corruption allegation rocking the country’s judicial system.

Chief Justice of Nigeria (CJN), Justice Tanko Muhammad, had also, during his confirmation at the Senate, stated that corruption was prevalent in the lowest ebb of the judiciary.

He said he won’t be surprised if some justices were corrupt since they were part of Nigerian society.

According to him, that does not mean that such judges who are corrupt should not be identified and be treated under our laws.

Corroborating the CJN’s statement, Justice Tsoho said ”the judiciary cannot be singled out when talking about corruption because corruption exists in every facet, and virtually every society.”

”So, it might be wrong to give the impression that maybe the corruption that exists in the judiciary is higher than elsewhere,” he said.

Nevertheless, Tsoho stated that corruption should not be encouraged.

According to him, open campaigning doesn’t really solve corruption problem. To fight corruption, the acting CJ said one must be ready to lead by example.

”First and foremost, you try to lead by example.

”If for instance, it shows that you are transparent, other people will be encouraged to be transparent too,” he explained.

Tsoho added that he was aware of a government policy requesting one to set up an anti-corruption committee.

”So such committee, if it already exists on ground, can be strengthened by way of not openly propagating but genuinely monitoring and advising where necessary.

”So that way, corruption can be brought to the lowest minimum.

”So that is the way about it; may be subtle preaching and trying to lead by example,” he said.

The acting CJ, who acknowledged that corruption cannot be eliminated completely, said It can be controlled.

On the advice by the CJN Muhammad to carry everyone along in his new office, he said such attribute entailed being tolerance, open and giving attention to everyone.

”So we will show friendliness so that where we are even calling somebody to order, it’s done politely because as judges, we are basically colleagues.

”Anybody sup re ten dent , you are only first among equals.

”So that way, people will be encouraged to also cooperate because cooperation is reciprocal,” he said.

He, however, called for the cooperation of his colleagues as he takes over as the head of the Federal High Court.

”This is so because I can’t stand alone and achieve very good results.

”So as I try to extend the hand of fellowship, they should reciprocate.

”If that is done, I believe we will go along way in making the court a pride of place,” Tsoho concluded.

NAN reports that Justice Tsoho was on Friday, sworn in as the new Acting Chief Judge of the Federal High Court by CJN Muhammad in Abuja.

Tsoho’s elevation as acting CJ of the Federal High Court was in line with the rules that enables the most senior judge to occupy the office of the CJ when the post is vacant pending the appointment of a substantive chief judge.