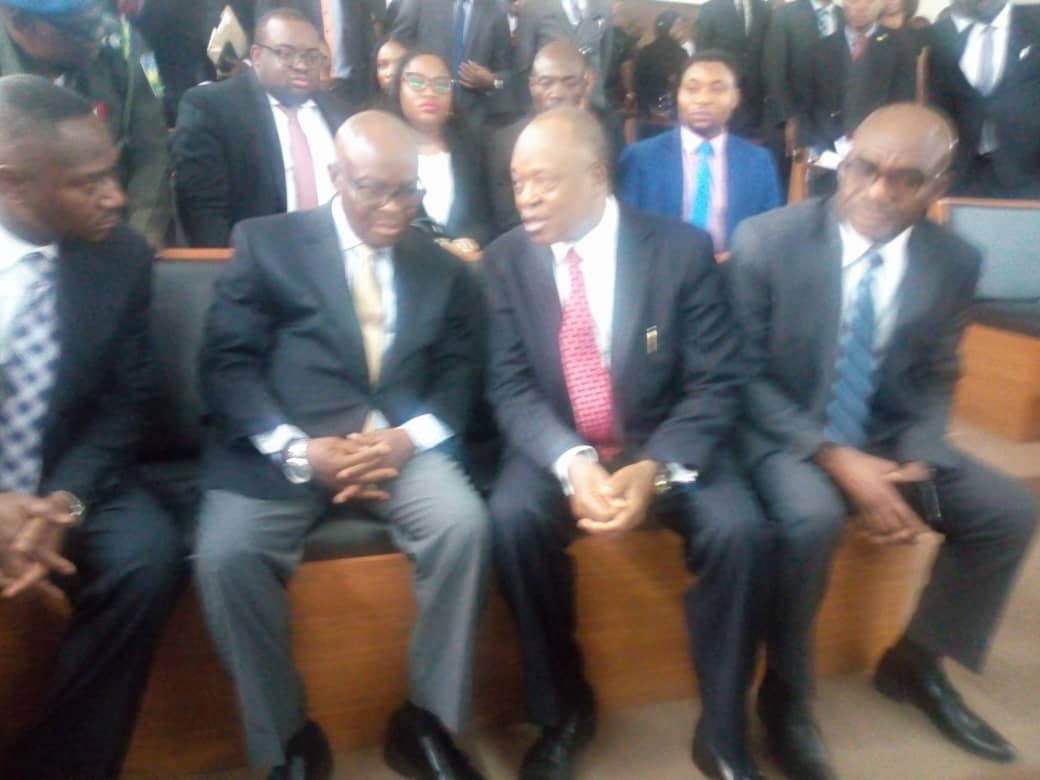 Amid amusing displays by the Chairman of the Code of Tribunal (CCT), Danladi Umar, the tribunal, on Friday, adjourned the trial of the suspended Chief Justice of Nigeria, Justice Walter Onnoghen, on charges of non-declaration of assets, till March 11.

Umar had earlier insisted on adjourning the matter till February 21 in defiance to an agreement between the prosecuting team led by Ibrahim Musa and the defence team led by Chris Uche (SAN).

Defying the pleas by both the prosecution and the defence to shift ground to either March 18 or 11 which they had agreed on, the tribunal chairman kept shaking his head and contorting his lips in disagreement and in a manner that continually threw everyone in the court into intermittent laughter.

With his face squeezed in an amusing manner, Umar turned sideways to confer with the two other members of‎ the tribunal seated on his left and right.

After a relentless plea by the defence and the prosecution that he should allow the March 2 governorship and House of Assembly to be over before the next sitting, the tribunal chairman agreed to adjourned till March 11.

Paediatrician says babies’ `soft spots’ not cause for worry